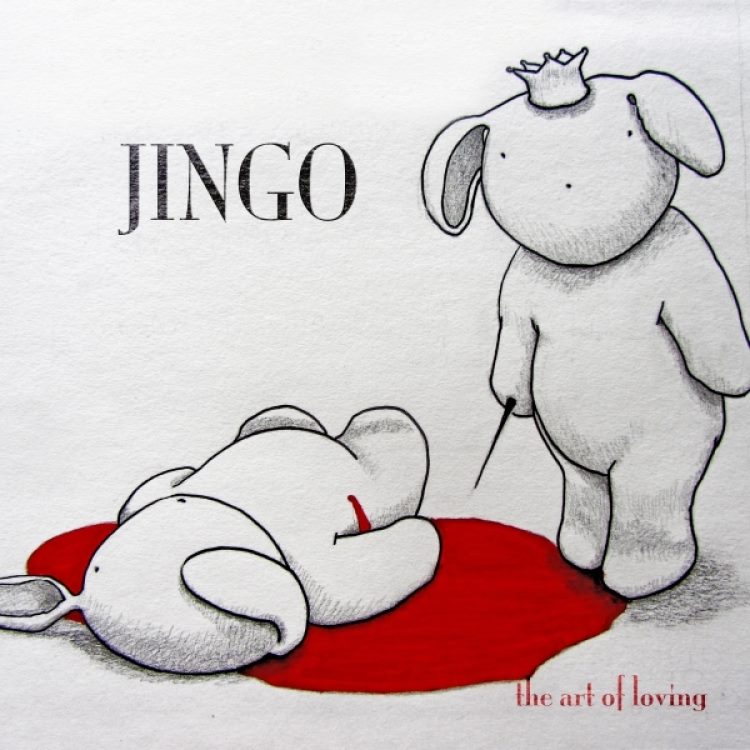 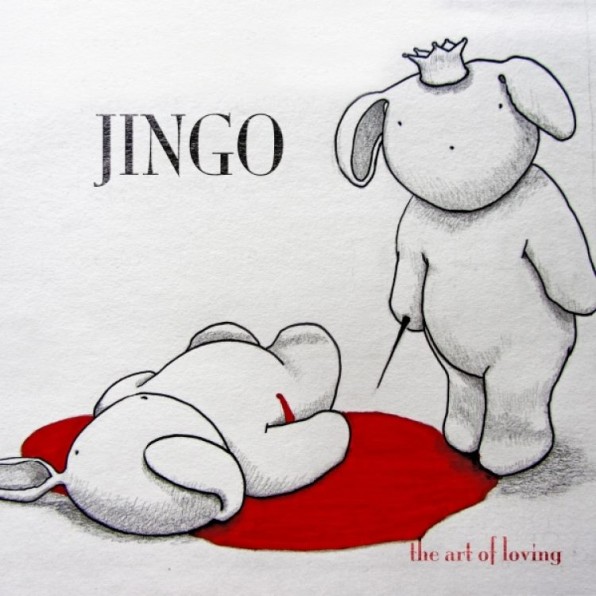 Jingo – The Art Of Loving (Self Released)

Due Out 1st Sept

London based four piece Jingo have been making quite a name for themselves in the vast urban environment of their home city of London. Their curious mix of dark-pop and alternative rock comes across as an amalgamation of Scissor Sisters, Queen, Joy Division, and Kate Bush, giving a fresh face and a modern twist to these influences. The band have yet to really break out of the countries capital in any serious way but, with the release of their début full length The Art Of Loving, that may all change very soon.

Much like their musical amigos Felix Hagan And The Family, the sound features a heavy feel of the theatrical. The opening title track is a great example of this. Though the hard-rock backing is not often something often assimilated with the theatre (or wasn’t until every US punk band started writing Broadway musicals) the impassioned vibrato of Katie Buckett’s vocals makes the track feel like a B-Side deemed far too dark even for The Phantom Of The Opera. In fact, in many ways, this album plays along like a series of tracks perfect for a variety of different film soundtracks. From the James Bond-esque Sky Punch, painting pictures of silhouetted nudes jumping off various weapons as the listener is drawn into the haunting melody, to the “winning love back” rom-com optimism of Belong To You, The Art Of Loving plays much like a compilation of musical highlights from the summer’s greatest blockbusters.

And the influences don’t stop there, as the bands latest single takes great inspiration, and its name, from a Haruki Murakami novel. 1Q84 is a curious little number that takes alternative pop to the next level. Utilising the bands sombre air, and melding it with indie-rock sensibilities, the track swoops and soars taking the mellifluous vocals with it. This is eventually brought in close for the guitar led pre-chorus and finally blasted out again into an orgasmic instrumental piece before drawing the curtain with one last continuation of the lyrical “up all night” hook.

Over glorious production Jingo have placed their hearts of their sleeves and created an album that not only blends genres, but does so with great fluidity. Once again there is hope for the future of pop music. I can only hope that artists like this continue to flourish and blow away the dull humdrum sounds that currently plague the UK charts.

Jingo can liked on Facebook and the album can be purchased via Bandcamp.

All words by Ian Critchley. More from Ian can be found over at his Author’s Archive.