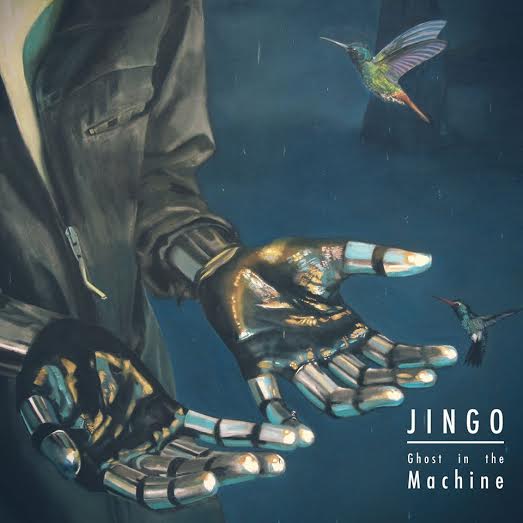 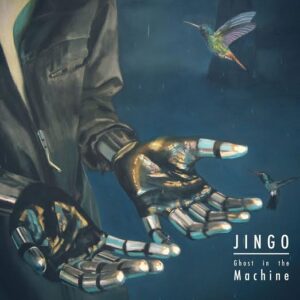 Jingo – The Ghost in the Machine

Prolific Londoners Jingo return with their second single in almost as many months. Louder Than War’s Dave Beech reviews.

Keeping true to their reputation as being one of the most prolific acts doing the rounds at the moment, Jingo have released their second track in almost as many months. Following swiftly off the back of A.D.D, the band’s latest single Ghost In The Machine is interested in whether science and logic have it right by saying trial and error have allowed both society and the individual to flourish, or whether there’s unseen, unfelt forces at play behind the very human machinations that allow us to thrive.Taken from the band’s forthcoming EP, and featuring the trademark vocals of Katie Buckett, Ghost in the Machine begins with a soft vocal intro before progressing in to the subtle swells of instrumentation for which Jingo have become increasingly more known for.

Though it showcases a softer side to the band than some of their previous singles, Ghost In The Machine still bubbles with an energy and intensity that belies its folksy beginning. And though there’s been a noticeable, albeit subtle, progression between last year’s The Art of Loving and the material released from September’s as of yet unnamed EP, there’s a very definite sense that this is not only the Jingo whose tireless work ethic has endeared them to thousands, but a band with a renewed sense of vigour, a more thorough musical understanding and an almost unquenchable thirst to do nothing but write, record and tour.

As such there’s a real sense of DIY determination about the band and their single, something that for the most part, will serve them far better than a well-timed tweet or catchy hash-tag. It’s something that Jingo have harboured for a while now, but have seemingly amplified with their latest releases; something that comes from a time before social media could catapult a band into the stratosphere, and something that will serve generations of bands to come. Classic stuff.