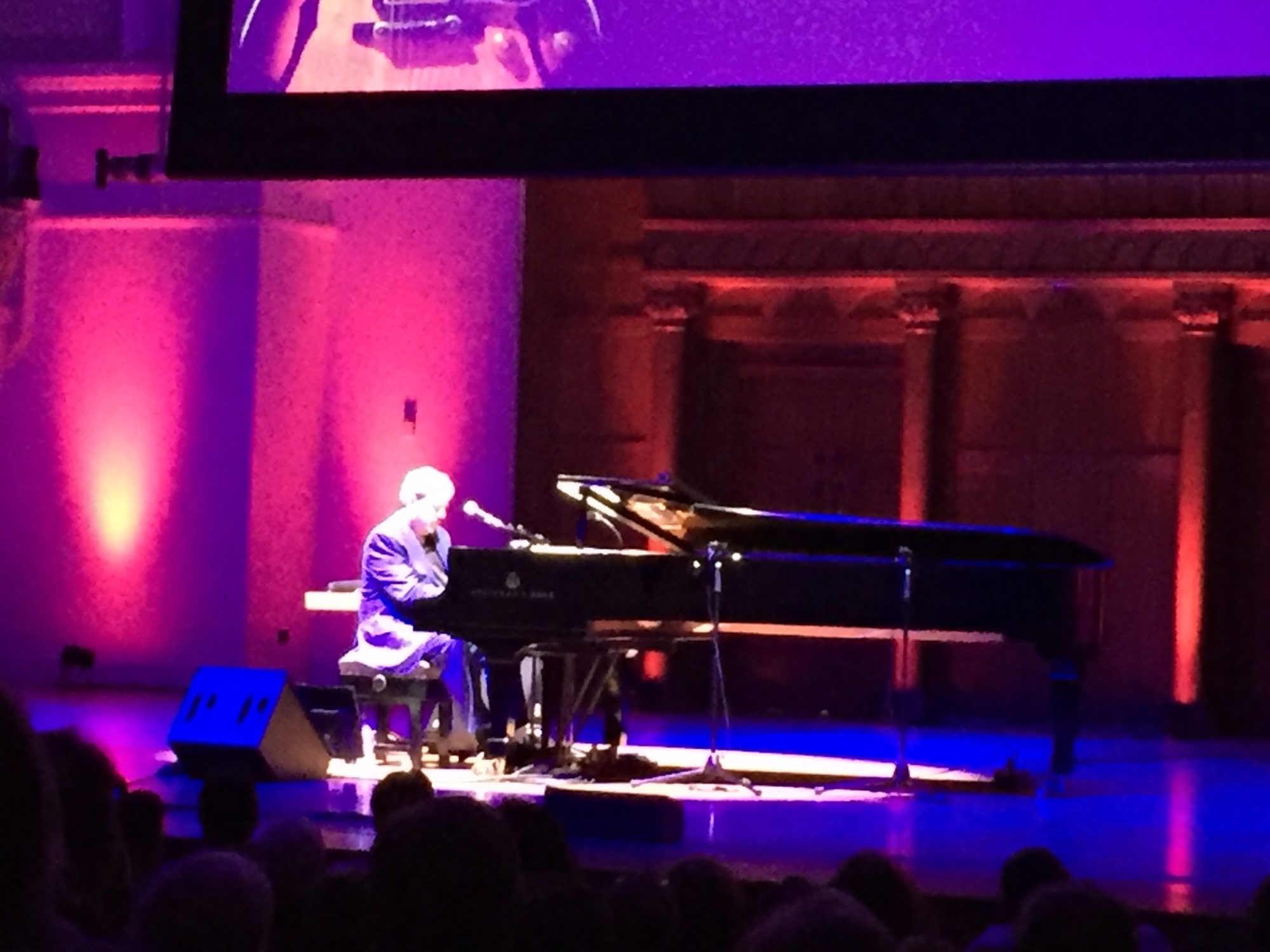 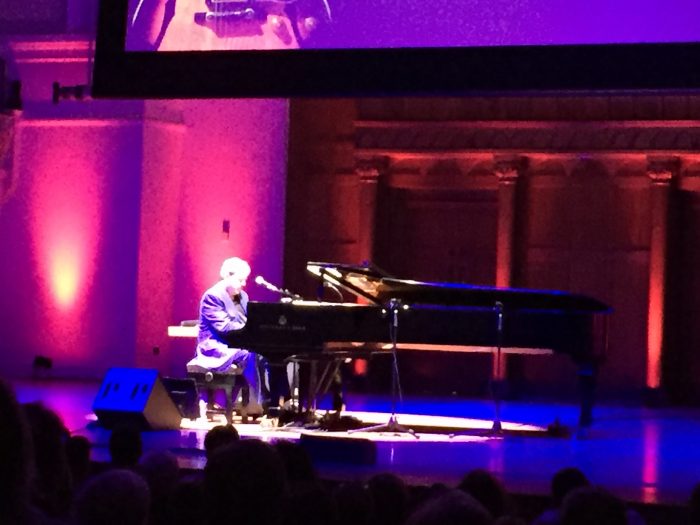 The great American songwriter returns to London with a show based around his partnership with Glen Campbell. Louder Than War’s Craig Chaligne reviews.

Jimmy Webb is back in the UK, just one year after gracing the stage of the Cadogan Hall with his “Songs and Stories” show. Starting with a bang with the immortal Galveston performed as it was originally written, Webb then played a snippet of the Campbell version highlighting how this rather brooding number had been turned by the singer into a “piece of commercially viable material”. Webb still included some of the reminiscences of his youth from the “Songs and Stories” show during which he recounted his upbringing in rural Oklahoma in the 1950’s. He recalled how he first heard “Surf City” by Jan and Dean ( a place where you have “Two Girls For Every Boy”) and more importantly “Turn Around Look at Me” by Glen Campbell. His love of the song was enough to persuade him to drive 22 miles to the nearest record store to buy it, he then made the wish to be able to write a song as good as this and to have it performed by Glen Campbell…. 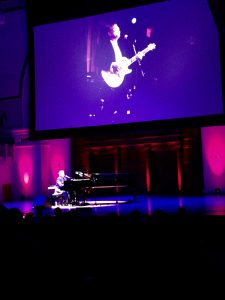 His move to California started under clouded circumstances as his mother passed away and his dad decided to move back to Oklahoma. One of the songs Webb composed during that period was “Honey Come Back”, a song that Campbell later covered to great success but that he never played live due to his distaste for the spoken word part. After being rejected by almost every record label, Webb found a home at Motown where he was able to further his knowledge of the recording process (and contribute a song to a Supremes Christmas album). He then transferred to Johnny Rivers’s label Soul City Records bringing with him great songs such as “Up, Up and Away” and “By The Time I Get To Phoenix” that Webb played as a duet with a backing track featuring Glen Campbell.  Keen to get the audience to understand the full scope of Campbell’s talent, Webb went into great detail about his achievement as a member of the legendary “Wrecking Crew” that played on dozens of hit records in the second part of the sixties. Another on screen duet on “Wichita Lineman” that Webb wrote at Campbell’s insistence (he wanted a follow-up town song to “By The Time I Get To Phoenix”) proved another highlight. As the Seventies wore on, the two men’s fortune were on the wane and in spite of an artistically successful LP called “Reunion” (“Even though we never went separate ways”  quipped Webb), when Campbell offer to Capitol to record Webb’s fantastic “Highwaymen”, he was met with a suggestion that he should go for a more contemporary sound (aka something like sounded like The Knack’s “My Sharona”). 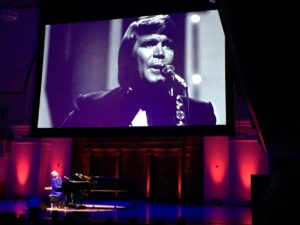 Webb concluded that he had been very fortunate that Campbell had so much faith in his material (the great man recorded more than eighty Webb compositions over the years). After another duet on “Postcard From Paris” that Campbell did on his last studio album “See You There” was followed by one of Webb’s most famous (and most hated as the man himself remembered us) tracks, MacArthur Park. One of Campbell’s favourite Webb songs, it usually enabled him to display his guitar skills that we were enable to witness thanks to a clip from the eighties cleverly inserted in the song by Webb. After a standing ovation an emotional rendition of “Time Flies” concluded the show while pictures of Webb and Campbell played in the background.