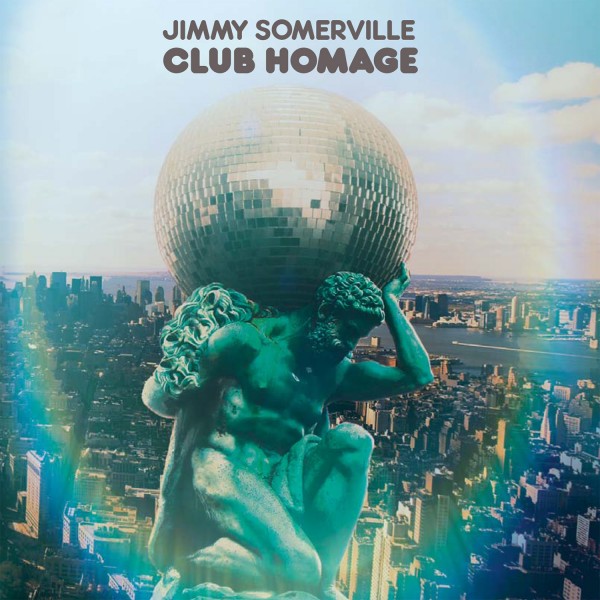 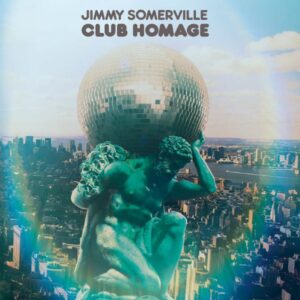 Former believer that Disco Sucks, Ged Babey, is now firmly in the groove as he follows up his review of the parent album Homage….

The euphoric joy of disco has been a consistent thread that has run through the diverse, and illustrious thirty year career of pop legend Jimmy Somerville.

‘There’s a massive glitter ball in my head and it has never stopped turning’ says Jimmy. An unlikely pop-star and thirty years on still making great music if this new collection of 12-inch re-mixes of the Homage album is anything to go by.

“A homage to disco is something I always wanted to do. I never really thought I could pull it off but I did, and it’s a really brilliant album to be perfectly honest.

“All the music I’ve listened to are in there. When I listen to it, it makes me think of being 15, sitting on the bed, taking the vinyl out of the sleeve, putting it on the record player, then just sitting and reading all of the sleeve notes whilst losing myself in the music.”

Editors  Note –  Ged, Isn’t this exactly the same as your review of the previous album, Homage?

Now. if you have read my reviews in the past you know I am Mr Punk / Post Punk … as a young man I thought Disco was the Enemy. It was music for happy, dumb people to dance to in order to impress the opposite sex (or yeah, the same sex, but that never occurred to me back then, I lead a sheltered life.) I wanted music that made me angry, made me feel part of something … and punk fitted the bill. You could dance to punk rock, after a fashion, and it made you feel alive. I can see now, all these decades later, that you could do the same to disco. It gave you an identity and an escape.

Reading This Is Uncool was a revelation. Realising that Jon Savage and others from the Punk Generation loved Disco as much as they loved Punk was an education. But I was, and remain, unconvinced that it was as life-changing and life-affirming as punk (and post-punk). That said, I Feel Love, Disco Inferno and the like are as magnificent as anything by the Shangri-La’s, the Ronettes, the Supremes (I love the Sixties Girl-Group Sound as does any New York Dolls, Damned, Joe Jackson fan who did the necessary research…) or Buzzcocks, Generation X and the Jam.

That’s the thing though; Disco (and Punk) were basically at their best in 3 minutes of vinyl; the single.

This is where you need to fast-forward thirty-eight years (fuck me!) and realise that an albums-worth of 12 songs -all of which could or should be a hit single – make up a perfect, flawless album. A tribute, homage to disco. It’s a bit Philly Soul, a bit Supremes, a touch of Sylvester (a bit of tweetie pie) but as a consummate whole it’s a sunny day smile-athon you can dance to, yet still has that touch of politics that you’d come to expect from a man with Jimmy’s convictions and compassion.

“Life must mean more than this” he sings on Travesty, apropos the way some people have to live under this governments savage austerity. Yet the song is as upbeat a protest song as you can get, and the casual listener wouldn’t even notice.

There are love songs of desire and songs of regret here, all with the trademarked Nile Rodgers guitar and hi-hat groove, masses of strings and soulful backing vocals, every disco trope there is, bar perhaps the boom-boom syn-drum.

Homage made me realise that where me and dance music part-company is where the music became synthetic and electronic (Hi-Energy and Euro-Disco) and I never will understand the attraction of House. Prime Disco had soul and real instruments rather than programming (yeah I’m a real-ale drinking Ludd, so what) and that’s what made it -and this truly fabulous homage- spesh.

Every now and then I need a break from rock ‘n’ roll and from now on this will be my go-to album.

(Geds Note ) Yeah, I know – I’ve just remixed it by chopping a few bits off and extending bits – its my own homage to the Extended Club Mix -durr!

As the Press Release says;

The dance-floor dance-off continues with ‘Club Homage’, a stunning compilation of extended versions and promotional remixes of the most popular floor-filling tracks from the parent album. These are the mixes that were the spearhead of Jimmy’s new found popularity across the clubs of Europe. All of these particular versions of these tracks are released on CD for the very first time.

The extended version 12” single format that was so synonymous with the original disco era is paid homage to in ‘Club Homage’ by Jimmy and a host of remix collaborators including the legend that is Tom Moulton (Grace Jones, Gloria Gaynor, The Trammps) and the famed DJ Robbie Leslie of New York’s ‘Studio 54’ and ‘Saint’ nightclubs alongside more contemporary remixers Felix Gauder and Sebus & Larzo.

The black vinyl effect CD of ‘Club Homage’ is packaged in a limited edition deluxe high-gloss, gold embossed, mini-gatefold sleeve to complement the design of the original Jimmy Somerville ‘Homage’ album. Both releases, in their music and their collectible packaging, are a veritable homage to all things disco!

All words by Ged Babey. More can be found at his author’s archive.