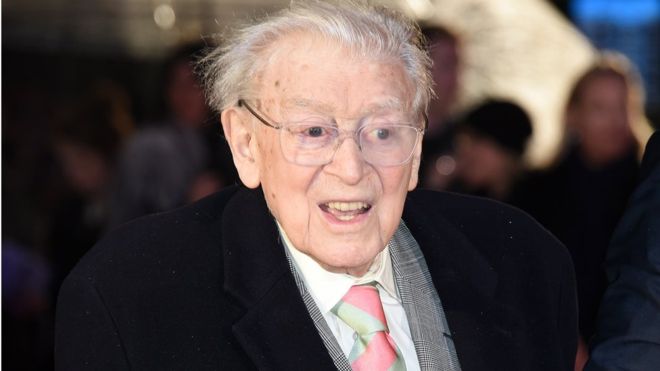 Jimmy Perry, who died today, was one of the pillars of British comedy writing and whilst many of his creations may have been of their time – one of them Dads Army will be with us for ever – great characters, genius scripts and a warm humour that is so embedded into our lives it almost seems like a glimpse into a slightly removed reality that holds  mirror back to us and it’s also still hilarious.

Of course Dads Army is timeless and eternally funny – it’s part of a generational psyche full of dusty genius catch phrases and warm beer humour that is part and parcel of our generational comedy DNA like Laurel and Hardy or Morecambe and Wise.

You grew up with this stuff but that’s not the whole story – there are endless TV series that are best left forgotten and seems rubbish even when you were 12.

The series seemed to be perfectly on for ever signposting growing up in the sixties and seventies and it’s very warmth makes it resonate through the decades with each character being both funny and a perfect reflection of the faffing and chaos at the heart of the British condition. That blunderbuss bumbling and misshapen kecks scruffiness that is the perfect snapshot of all of us.

What I really love about Dads Army is that is truly reflects the chaos and scruffy confusion of any collection of British men fumbling through life. It perfectly pin pricks the class system, the awkwardness and the little England puffed up chests and yet in an affectionate way – Captain Mainwaring is everywhere you look in England and his foolish pomposity should be utterly annoying but you find yourself rooting for him and the rest of the cast as they bumble around in that claustrophobic church hall and that was the genius of Jimmy Perry and his perfect creation.

The genius of that glorious series is that it is both eternally funny and eternally a perfect reflection of the state of our nation more than any hard hitting documentary or set of stats. You want to know about this country then immerse yourself in the comedy gold. Every one you know could be in the series in the best possible way – we are all trapped in our own eternal Dads Army and for that we salute you Jimmy Perry.