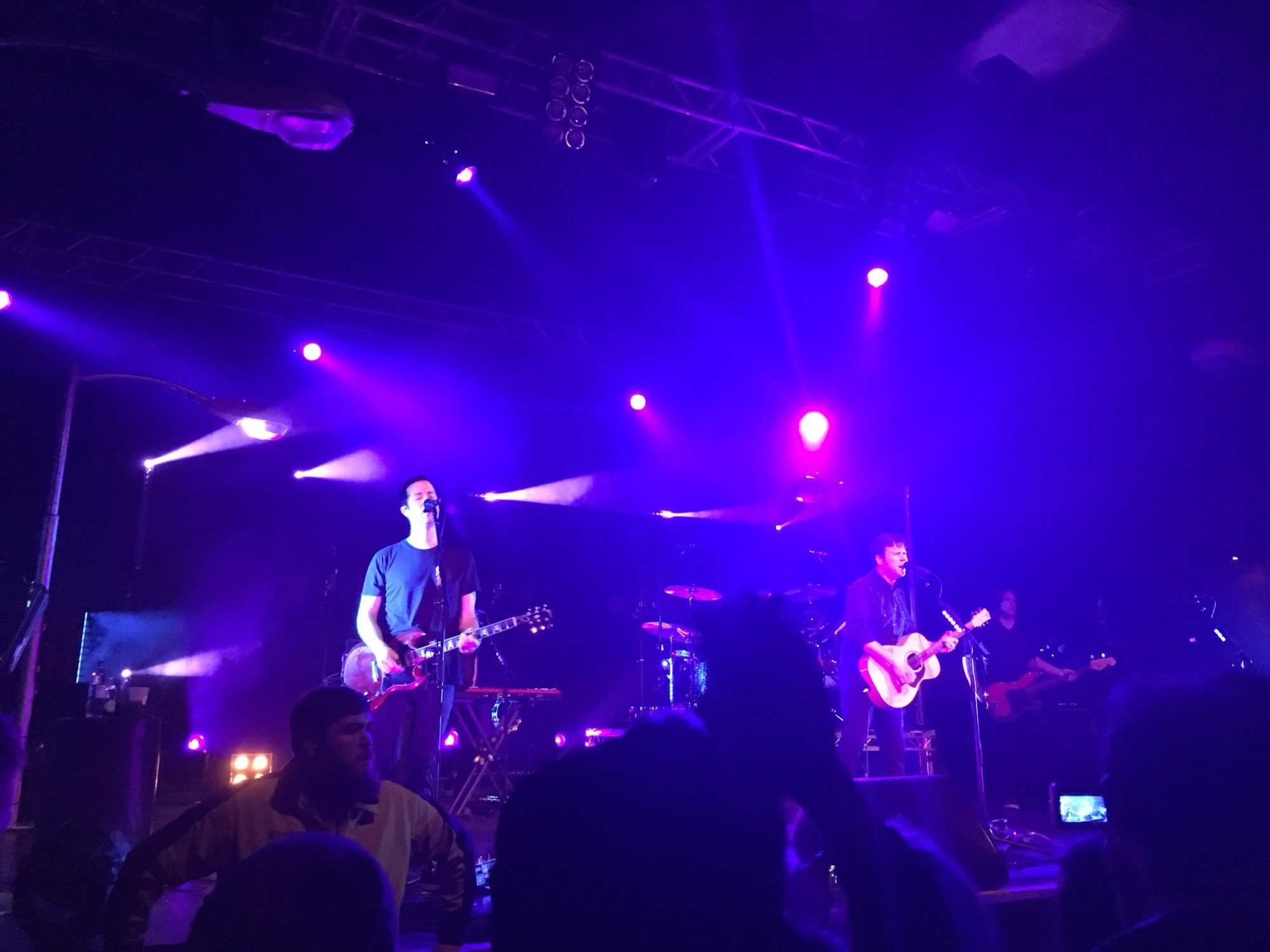 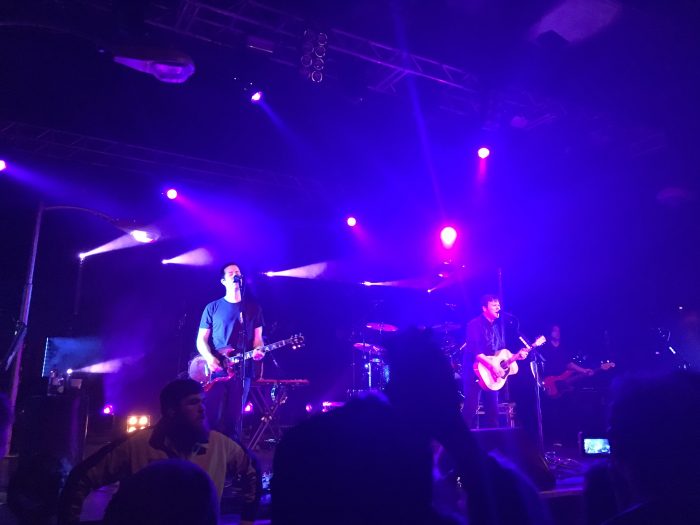 With a revitalizing new record and ethos behind them, Arizona’s finest return to Birmingham with a set that mixes their fresh sounds with old-school classics. Just don’t ask them to play their bass. Sam Lambeth gets into The Middle of things.

“We’ll be back next year, probably playing smaller venues, but that’s rock and roll,” sigh The Amazons towards the end of their stellar support slot, but in truth, it’s quality not quantity that counts. Throughout their set, the Reading band do a great job of winning over the already-bulging Birmingham crowd, channeling the spiky ferocity of contemporaries VANT with the gravelly grace of The Gaslight Anthem, not least in the pummeling urgency of ‘Nightdriving’ and the U2-sized stadium rock (think War, not ‘Elevation’) of ‘Stay With Me’. Smaller venues may be the next step, but that certainly doesn’t mean they won’t be a permanent outcome.

Dressed in regulation black shirt and floppy fringe, Jim Adkins seems visibly stunned by the size of the audience, but he doesn’t let it get to his head; from the off, Jimmy Eat World plough through a quick salvo of their most jagged of tracks – opening with ‘Get Right’, one of the more jabbing cuts from their fantastic new record Integrity Blues, this bleeds straight into the frenzied riffery of ‘Bleed American’, the ominous, pounding ‘I Will Steal You Back’ and the arms-aloft ‘Big Casino’. The four-piece, eerily blanketed by four giant lampposts, are good hosts, although they have to carefully skirt around a fan’s request to play the bass with a story about Green Day’s Billie Joe Armstrong’s guitar being trashed by a fervent stage-goer. “You should have bought your own,” quips their long-locked four-stringer Rick Burch.

Integrity Blues, with its glistening sheen and adventurous ethos, has given JEW a fresh sense of purpose and vitality, and it’s testament to the reaction and reception of the record that the Birmingham crowd greet the album’s cuts with as much enthusiasm as their much-loved hits. ‘You With Me’ is bathed in shimmering acoustic guitars and a glowing, ethereal chorus, ‘You Are Free’ is a stately slice of mid-paced majesty, ‘Pass the Baby’ morphs from a tense bassline into a Muse-esque drop D descent, and ‘Sure and Certain’, with its crunching, introspective riff and twinkling motifs, more than deserves its place in the encore. Adkins and co even dust off a few mothballed numbers too, most notably the cruising, wistful jangle of ‘If You Don’t, Don’t’ and the punked-up rush of ‘No Sensitivity’.

As always, though, Jimmy Eat World’s gigs are staggering proof of their ability to create songs that tug at the heart, soothe the mind and articulate a generation’s apathy. ‘Work’, replete with a downbeat arpeggio and a strutting chorus, pleads and aches; the plucking ruminations and earnest throb of ‘Always Be’ still has a sweet, lilting naivety; ‘For Me This Is Heaven’ soars and sighs in equal measure. They’re not afraid to rock out, either, in the stabbing angst of ‘Pain’ and the furious, florid ‘Sweetness’, which closes the show to the delights of the bulging crowd. In between, of course they air their finest track, ‘The Middle’, and although the fan’s cries to play bass are ignored, they play it with the energy and passion of a band half their age.

No matter what genre JEW are bracketed into, they continue to defy boundaries with songs that speak to a slew of different demographics. Now best go and change that shirt, Jim.