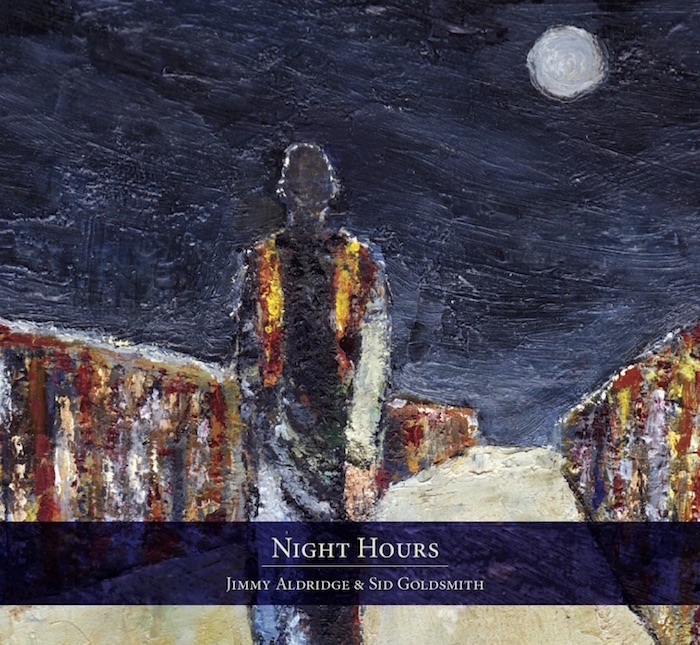 The second release from the Jimmy Aldridge & Sid Goldsmith duo who have been cultivating  a healthy and deserved reputation on the folk scene for their dynamic and confident performances.

Drawing together a set based round the  traditional folk topics of the hardships of working people and the struggles of marginalised communities – all still relevant in contemporary society mind – the duo are joined  by the trio of players who make up Teyr who add whistles and pipes to  the country folk blend of banjo, fiddle, guitar and concertina. It’s an effective  recipe  as ‘After Hours’ finds them shuffling  their own songs with a handful of traditional ones given the Jimmy Aldridge & Sid Goldsmith spin plus  Boo Hewerdine’s marvellous ‘Harvest Gypsies’ which as well as fitting the general philosophy of the album, is nothing less than a standout song in any situation.

The other common theme is the sensitivity and due reverence paid to the material.  Their own songs taking a more contemporary line;  ‘Moved On’ addressing enforced social migrancy in the context of relocation to solve the housing crisis and the title track considering the solitude and lonely nature  of the unseen and un(der)represented night working population. The migrancy theme of the modern day ‘Ballad Of Yorkley Court’ and their version of ‘The Grazier Tribe’ are in sharp  contrast to ‘Something Good’, a hymn to the simple life which closes the album in a vein of hope springing eternal – a light at the end of the tunnel. For all the toil and the  hardships of the working man, there remains an optimism and  desire for things to get better.

Beautifully and tastefully played, the experience of the duo shows their skill and appreciation of when not and what not to play. The philosophy is summed up in  their version of ‘Bonny Bunch Of Roses’, its warning in chasing the spoils of war standing as a topical message of our current world. An album which has been put together with care to reflect the poignant, the insightful and occasionally the profound.

Watch the video for the title track here:

You can also find them on Soundcloud