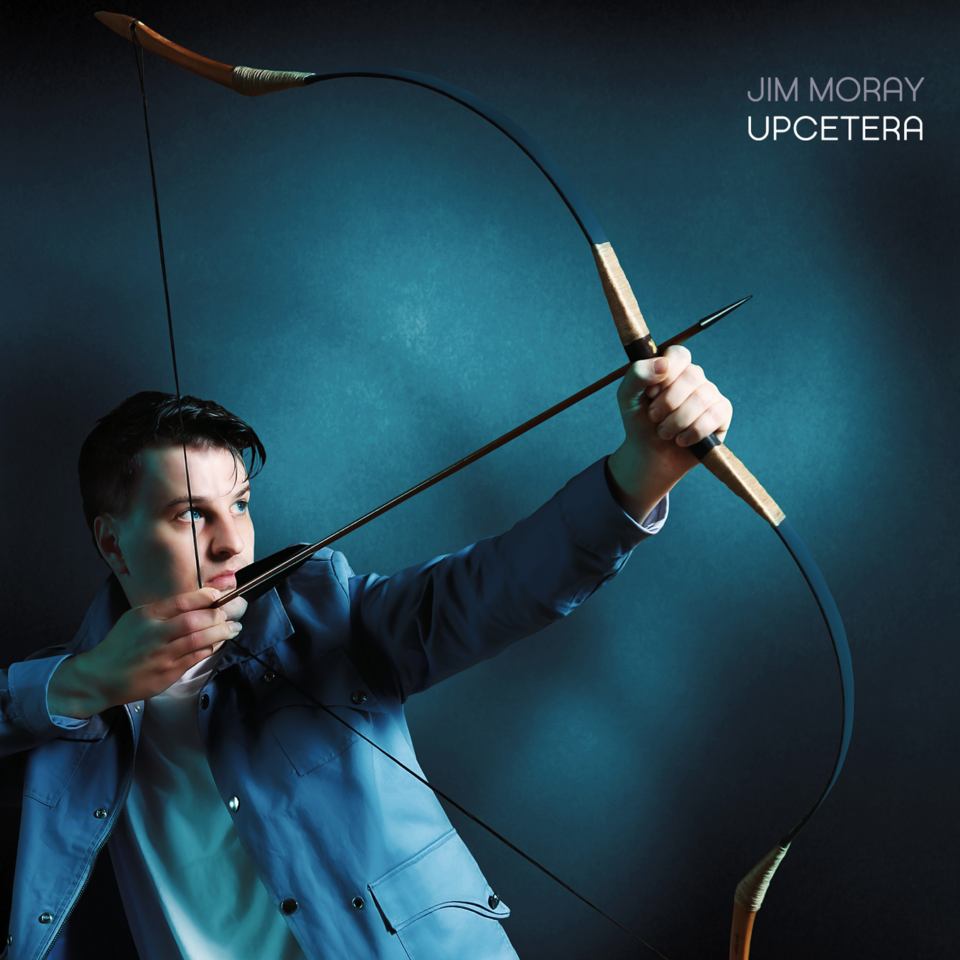 Jim Moray’s  first full length album, ‘Sweet England’ earned  Album of the Year status in the 2004 Radio 2 Folk Awards with its fresh and refreshing take on traditional material. In the intervening twelve years he’s continued to pursue  new and inventive ways of interpreting traditional folk song. Four years on from ‘Skulk’, another celebrated work, the experimentations with  his solo work and that of False Lights, the band he fronts with Sam Carter, has paved the way for what could be the jewel in the Moray crown.

The  Jim Moray way of describing the genre in which he belongs remains constant – while rooted in the tradition, he’s not a traditional folk singer, but someone who embraces June Tabor, Jeff Buckley and The Blue Nile – and that’s what feeds  ‘Upcetera’. It’s a record that  started life  as an album of Child Ballads – following on from the superb ‘Lord Douglas’ on the  last album – but gradually widened to cover other songs that tell a story or paint a picture. Eight traditional songs and two originals, drenched in a  dramatic orchestration which elevates the material into uplifting and soaring epics.

He’s explored use of orchestration in the past, on his eponymous second album and he might namecheck Cecil Sharp, Martin Carthy, Nic Jones, Benjamin Britten  and  Ewan MacColl , yet it’s pure Jim Moray – his soft and familiarly friendly tones  a perfect match for the lushness which saturates the songs.  It’s not all expansive strings – there are  times when he reins things in and sets up arrangements which are less elaborate yet retain  the intricacy and the  considerate delivery which is Jim Moray’s stock in trade.

Kicking off with an ‘oldie’,  originating in 1411…  ’Fair Margaret And Sweet William’ and its story of tragic love,   it sets  the scene by absolutely nailing the combination of melody and orchestration. The gathering of traditional tunes and words and placing into a new framework isn’t a new idea yet not it’s never  been done with this sort of aplomb.  ‘Another Man’s Wedding’  proves more stately and gracious – yet mid album, the pace switches with  a  pair of self penned songs, interestingly inspired by  writers published over 400 years apart – Dr John Dee, advisor to Elizabeth I, and Ann Druyan and Carl Sagan who worked on the golden record aboard the Voyager I and II spacecraft. – ‘The Straight Line And The Curve’ based round a simple dignified piano and the acoustic launch of

‘Sounds Of The Earth’  deliberating over the music of the Earth and space; the gold record placed on the Voyagers as a record of our existence, launched like a futuristic message in a bottle. A beautifully crafted wistful and dreamy  acoustic piece which as the words say, is one which will  “let me travel to the stars.”  Spanning the centuries and anticipating the future – some might say cosmic…

From one gentle rolling climax to another, swept along on orchestral waves  to the moment of ‘The Flying Cloud’ – a collaboration with Viola De Gamba player Liam Byrne – fourteen verses of broadside schooner shanty –which might not seem sexy yet is   masterfully constructed into an epic showstopper. Along with ‘Sounds Of The Earth’ providing  the contrast of the new and the traditional and provoking a thought.  Best original song – Best traditional song – Best album – take your pick of what ‘Upcetera’ might have to offer, but place your money before the odds shorten to dead cert.

‘Upcetera’ is what Blackadder’s Baldrick might call ‘a magnificent octopus’ . The embodiment of a magnum opus; a fusion of styles to form a remarkable vision. Never mind hammond organs and extended soloing – this is what progressive music  is about. No hyperbole. No bull. A stunning stunning album which enriches folk music like never before.

You can watch ‘Fair Margaret And Sweet William’ here:

He is   also on Facebook  and tweets as @jimmoray