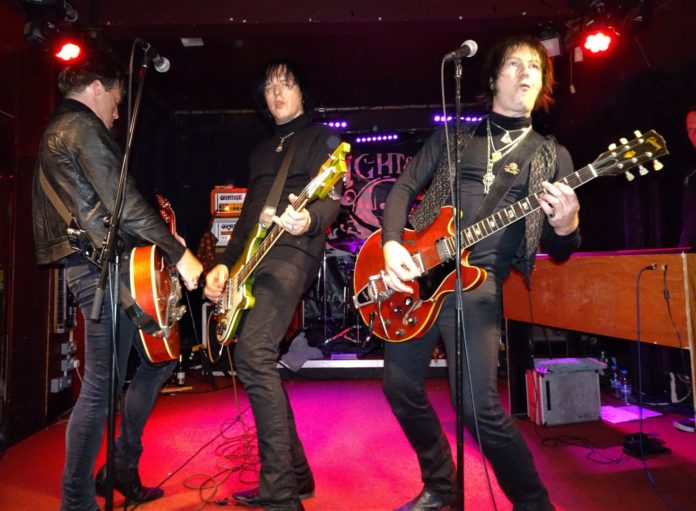 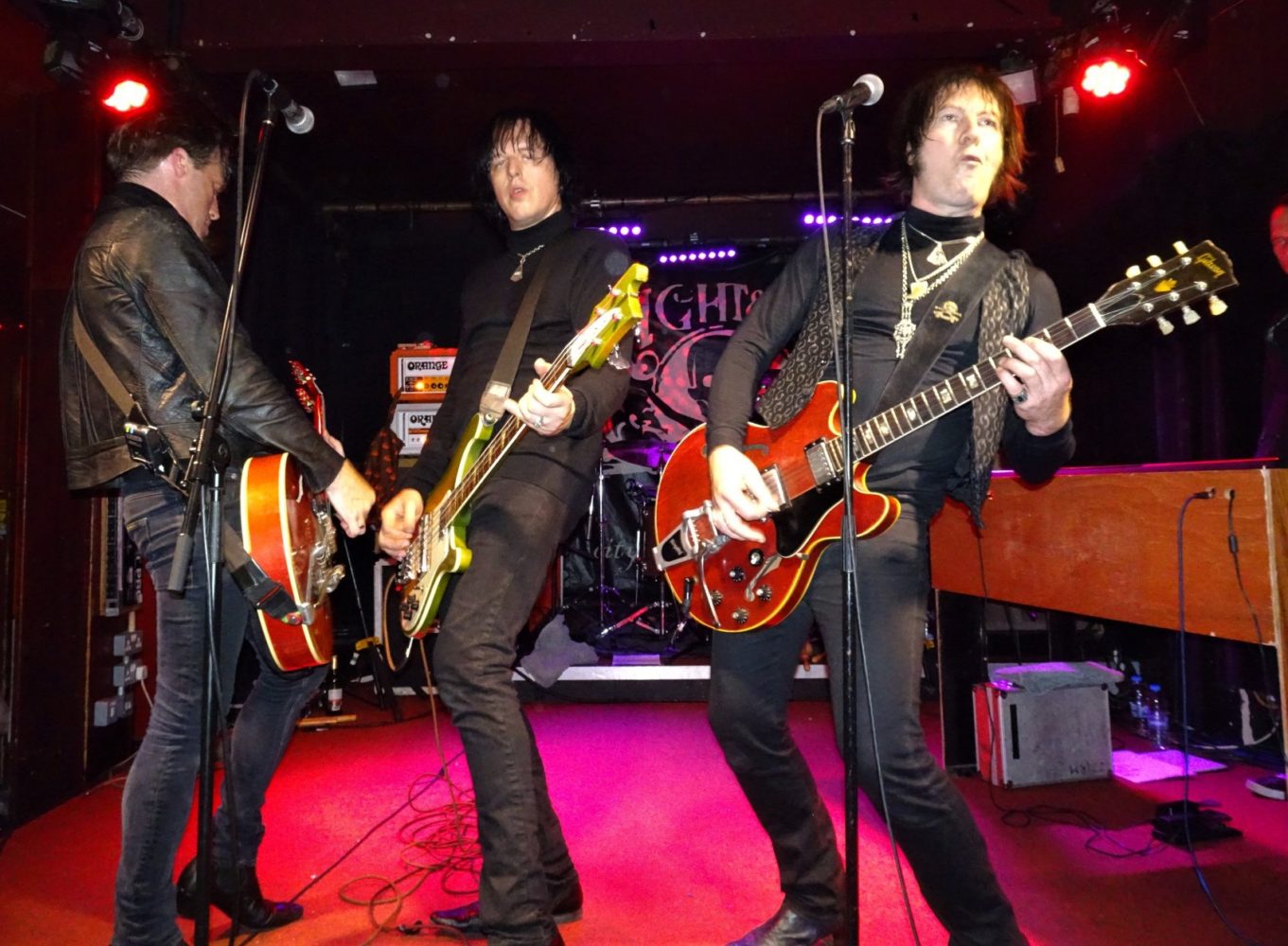 Ian Corbridge joins the CollectiV in search of that holy grail of rock’n’roll and finally stumbles upon it in Manchester with Jim Jones and the Righteous Mind.

Jim Jones is clearly on a relentless march to seek out the holy grail of rock’n’roll and Manchester is the next stop on this pilgrimage. In doing so Jim has led some of the finest rock’n’roll establishments of our generation drawing on some of the most inspirational musical reference points along the way as well as working alongside many of the key players in the various fields. As such, the band have a lot to live up to and quite a legacy to uphold.

The seeds were first sown back in 1985 with the incarnation of Thee Hypnotics, fuelled by the likes of the MC5, Stooges and The Doors and this lasted all the way through to 1999. That was some journey in itself but as the momentum finally diminished, Jim fronted Black Moses and then the piano driven rock’n’roll juggernaut that was The Jim Jones Revue. Witnessing the latter in a live environment changed many people’s lives, including my own, and their final night at the London Forum in 2014 will live long in the memories of all those that were there.

The ashes of the Revue had barely cooled before The Righteous Mind were born, with Jim taking all that had gone before to new dynamic levels of intensity and excitement, and also bringing with him the solid and pounding bass lines of Gavin Jay. All of this along with Matt Millership on keys, Andy Marvell on the drums and Mal Troon on anything else that plays gives us the prospect of a heady night of primal experimentation and celebration with 2 great albums and a new single, Get Down Get With It! to promote.

To warm things up, Bones Shake hit the stage clearly with a local following behind them. And their short and snappy set from this scuzzed fuzzed blues three piece, with shades of the Gun Club and The Cramps, certainly set the tone for what was to come.

As Jim and the band walk on stage he invites all those assembled to let your hair down as they immediately launch into current single Get Down Get With It which enables us all to do just that. A song championed previously by the likes of Little Richard and Slade, it proves a fitting and highly charged rallying cry and call to arms for us all to come together and start enjoying ourselves. And there seemed little doubt at this point that is what we were going to do for the next 75 minutes or so. Mal was already in that groove as he mounted the front monitors to deliver a searing lead on his trusted guitar. 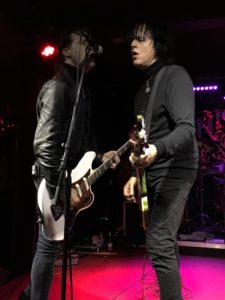 solid rhythm on his keyboard and Gavin’s pounding bass. This was quickly followed by Till It’s All Gone, dominated by Andy’s primeval beat, with Jim on maracas encouraging the assembled masses to clap along. Heavy Lounge #1 was led off by Mal’s pedal steel and took us down a real heavy groove, much as the title suggests.

The scene had now firmly been set and the pace once again stepped up with an explosive Shazam from CollectiV, with Mal doubling up on guitar and pedal steel and Jim firmly leading the line up front. Then as Jim joked about their candidate for a Christmas song, he put his guitar down and the band led us through the stomping sounds of Satan’s Got His Heart Set On You, underpinned by Matt’s great work on the keyboard and a gospel undertow. Then with Jim on maracas, a sinister yet raucous intro took us into Sex Robot before it simply took off into a mad frenzy.

With Jim back on guitar, Dream exploded into life with a salvo of guitars and never let go, backed by Gavin’s ever solid bass. Attack Of The Killer Brainz was nothing short of a full on guitar assault which almost took the roof off as the intensity and commitment of the set heightened still further. The band were on fire, and we all knew it.

Then came the surprise of the night, a song which Jim said they liked but had never played live before. It didn’t take many seconds to recognise the start of what proved to be a blistering version of Helter Skelter which went down a storm. After a suggestion from the audience that they might try Strawberry Fields next, Jim clearly liked the idea but noted the lack of cellos would be a problem. Watch this space!

Walk It Out, which was released as a b-side, is an out and out rocker with Jim and Mal up on the front monitors giving their all, Matt pounding the keys and with the requisite participation by the audience with the ‘oohs’ and ‘aahs’. The momentum continued as Matt led the band into Out Align with Jim and Mal storming the front of the stage once again. 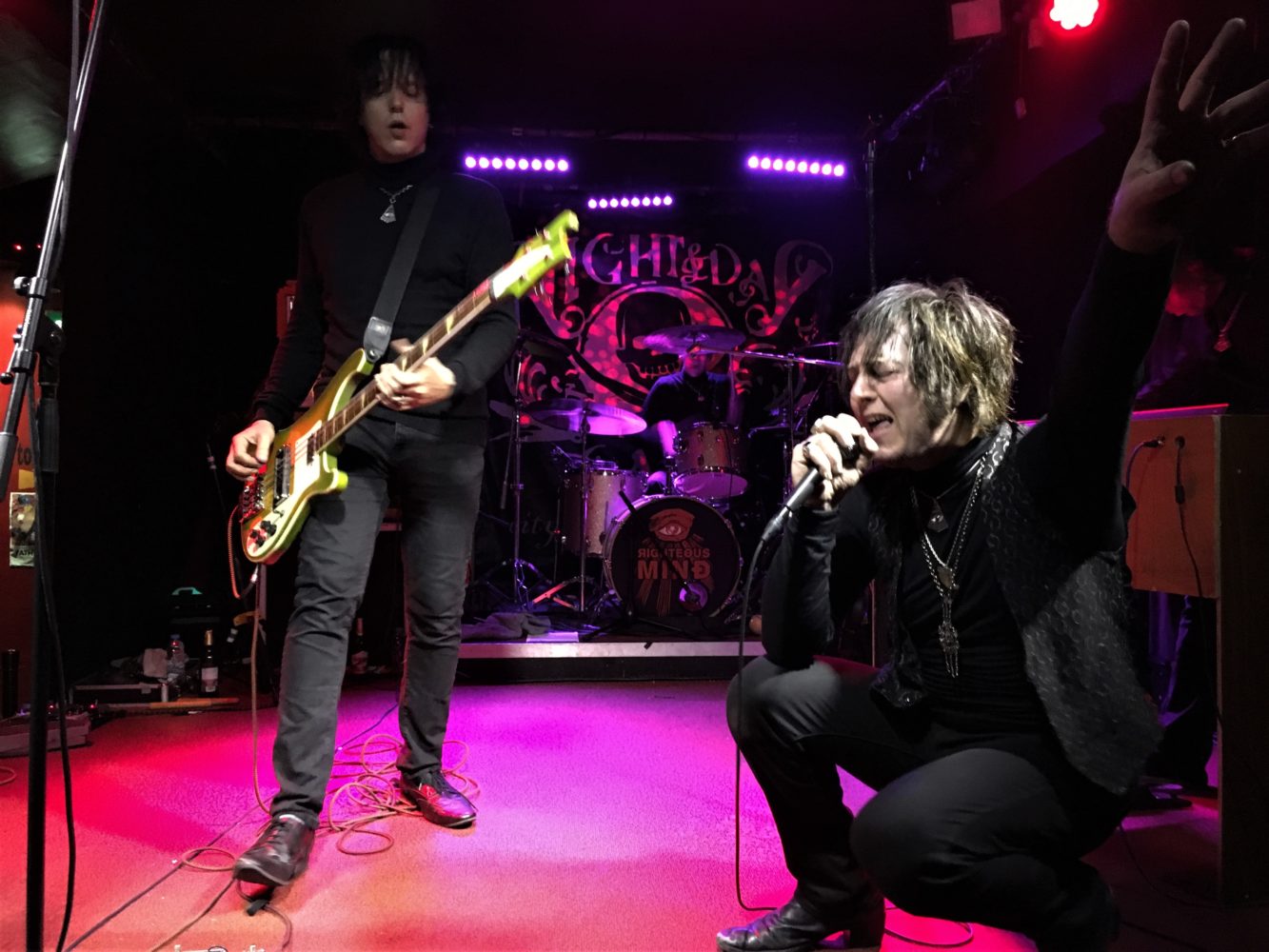 The teasing vocal intro to I Found A Love suddenly exploded into a monstrous rhythm underpinned by solid bass and keys, taking this Wilson Pickett classic onto a level no one could ever have imagined. Taking little pause for breath The Righteous Mind swung straight into Base Is Loaded with Jim and Mal trading guitars on the front monitors and then venturing through the audience to mount the bar at the back. This relentless energy continued with an extended jam before returning to the stage to bring the main set to a magnificent end.

The band returned for a well earned encore with the primal percussive beat of Hold Up, with Jim telling us ‘I’m satisfied’ which of course we all were. There is an almost gospel feel to this song which takes you towards other dimensions which contrasts with the explosive anger displayed throughout Alpha Shit which brought the evening to a storming finish.

The mantra of new album, CollectiV is all about bringing people together in a way that rock’n’roll has always done over the past few decades. Tonight, in the iconic confines of Night & Day, Jim Jones & The Righteous Mind have once again risen to new heights. The roof lifted, the walls creaked, and the ears bled, but without question the cool swagger, power and intensity of all that we have just witnessed paves a very strong path for the future of rock’n’roll. All this left us with a very strong feeling we had finally grasped that holy grail and none of those present will ever forget this totally uplifting experience. Get Down Get With It indeed!

You can find Jim Jones & The Righteous Mind on Facebook, Twitter and their website.
All words and photos by Ian Corbridge. You can find more of his writing at his author profile.