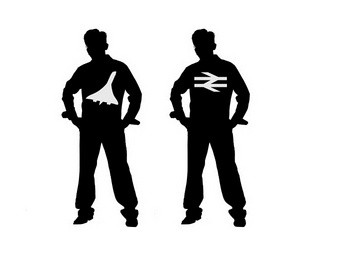 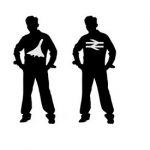 Speaking recently Jim Fry said it would have been much easier for him to walk away from music for good after the death of his good friend Nick Sanderson, who was his main co-conspirator with him in World Of Twist and Earl Brutus. But thankfully he decided to ignore common sense and get a group off the ground called The Pre-New. Initially this was to pay tribute to Nick and another fallen comrade Tony Ogden in a set at Glastonbury 2010. Now however The Pre-New are a unit in their own right and have just released an album Music For People Who Hate Themselves. While fans of Earl Brutus will be gratified to know that there are some similarities between the two groups (Gordon King, Jim, Stuart Borman and Shinya Hayashida are present in one form or another), it should be noted that the two new members ”ËœNew’ Stu Wheldon and Laurence Bray (respectively the brains and brawn) have ensured that the band are a unit designed for the 21st Century.

Their music references glam rock, the Sex Pistols, acid house, EBM, synth pop and neo disco and levels a baleful eye at Foxtons The Estate Agents, people who use text abbreviations, Banksy, Susan Boyle and Polo Ralph Lauren while being informed by Jeff Koons and Jeremy Dellar as much as The Sex Pistols and The Clash. With such a magpie band we thought it would be a good idea to find out what frontman Jim Fry’s favourite ten songs are:

Eddie And The Hot Rods ”â€œ Do Anything You Wanna Do
We’ve had a lot of 50th birthdays recently – mine and Gordon’s – and this record is absolutely essential. It’s weird because when you do lists like this you want to choose songs that represent a genre or an era but this wasn’t a particularly good punk song. But there’s something about this that sends us mental. I didn’t have it back then. There were a million other singles you could buy instead but now it’s become like my ”ËœTeenage Kicks’. It’s the embodiment of what it means to be young. It’s taken on new meaning to me because of my own son as well and his own current take on life. It also has this really great line in it: “You’ll get so lonely but maybe it’s better that way.”Â It’s the ultimate teenage angst job really.

Pet Shop Boys ”â€œ Paninaro
I love list songs. It’s a song that we play all the time. It galvanises me and all my friends. The genius thing about it is they let Chris Lowe ”â€œ the guy who can’t sing ”â€œ step forward and sing and he just reads this list of things out. Again it has a great line: “I don’t like much really do I? But what I do like I love passionately.”Â It’s this brilliant idea that in Italy there are these young lads who live with their mothers until they get married and all they do is buy really good clothes by Armani or whoever and hang around outside these bread shops. Paninaro means bakery basically. So the Pet Shop Boys simply made it into this unlikely football song.

Don Henley – The Boys Of Summer
This is a great song. I don’t know whether it’s to do with growing up in Stockport but I always liked American iconography, whether it was The Velvet Underground, Andy Warhol or The Ramones. Don Henley is the West Coast, he talks about this girl wearing Wayfarer sunglasses and his guitar sounds like seagulls. It’s really corny, like Do Anything You Wanna Do but all the songs I love are like this. It reminds me a bit of Brett Easton Ellis who I love, the idea of resorts standing empty. But it is a haunting song.

R Dean Taylor ”â€œ There’s A Ghost In My House
I got this when I was 13-years-old. I really like the guitar riff on it and the snappy riffs. It has a real rawness to it ”â€œ it feels like it was done in one take. It’s the riff that makes it, that descending riff, it’s unbelievable. My copy says “J. Fry 3W”Â on it. I took it to the school disco in 1973. I used to hear it in youth clubs around Cheadle Hulme and Stockport as well. I’m not mad on The Fall version. The Fall have made much better records than that.

LCD Soundsystem ”â€œ Yeah (Crass Version)
I was conscious that I had to have something a bit more modern in here. Everything else was from the 70s. But I just fucking love this record, the way that it builds. The analogue synth at the end. I have a lot of respect for James Murphy. At first you don’t think it’s going to go anywhere but then it builds and builds and builds, getting more and more extreme. You put on a march when it comes on your iPod. It bends your mind. I’d love to see them do this on the X Factor. Because this is what great pop music is. Fearless.

David Bowie ”â€œ Sweet Thing
I’ve got to put a Bowie track in. It could have been loads of different things ”â€œ he’s done a million good songs but for me it’s got to be Sweet Thing. It’s off Diamond Dogs and like Boys Of Summer it’s more trashy Americana but this time it’s about being a rent boy in California. Really dark, dark stuff. It has great lyrics and it’s probably his greatest vocal ever: “We’ll buy some drugs and watch a band, then jump in the river holding hands.”Â No fear of being pretentious just pure genius. It gets me every time.

Portishead ”â€œ The Rip
I love this record. I kind of rediscovered Portishead through my son and we went to see them live last summer and that loop, the one with the ascending synth line just sends me to another place ”â€œ which is what all great records do. It’s unspeakable. I want The Pre-New to make records like The Rip. I think we should do and I think we can do if we got our act together. It’s real grown up angst. Angst isn’t just for teenagers. It’s for grown-ups as well and this best represents it.

Dexys Midnight Runners ”â€œ This Is What She’s Like
This is off Don’t Stand Me Down and it’s genius. I can never not play it. I’ve got the new one, and it’s really good and there are some amazing tracks on it but This Is What She’s Like, it speaks to people. The idea that he’s met this woman and he can’t say how much he loves her, he can only say what she isn’t. So he’s listing all the wrong things that she isn’t like scum from Notting Hill or the people who put creases in their Levis. And he can list all these things, this bitter, bitter, bitter man, but there is this soap opera that goes on in it that actually contains a lot of humour as well. He doesn’t have the tools or the equipment to express himself properly. They end up deciding she’s the Italian word for thunderbolt because they can’t remember what it is. It’s just dialogue gone out of control.

Bruce Springsteen ”â€œ Born To Run
More Americana. My brother bought The Wild, The Innocent And The E Street Shuffle and Greetings From Astbury Park when I was young, so Bruce Springsteen has always been in my life. He’s kind of like an uncle really. He’s always been there and this album is just great. If United win the league I’m going to go and watch the Wrecking Ball tour at City’s ground. Around this time he’d got into new American cinema and instead of being this bar singer he’d learned how to tell stories because he’d been watching films like Taxi Driver and he’d got into Martin Scorsese. But he wrote Born To Run when he was 25 and it’s his greatest song. And every time you hear it, it’s like you’re hearing it for the first time.

Kraftwerk – Europe Endless
This has a certain nostalgic value for me. I remember when I used to go over to Europe with Clock DVA and Nick (Sanderson) and we used to put this on as soon as we got off the ferry. We had this idea that Europe was this weird, sexy, liberated place where you could get away from the jaded people in Manchester or Sheffield. And now the lyrics have taken on a different meaning for me. The line: “Life is timeless. Europe endless.”Â And I took great comfort in that after Nick died. It gets me every time.