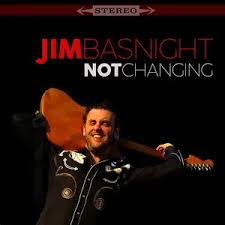 Brand new album by the ex-Rockinghams and Moberlys leader Jim Basnight, his first in seven years…………LTW’s Ian Canty hears a Seattle music legend still serving up the goods in 2019…..

Jim Basnight has a musical previous as long as your arm. Starting out in his teens on the Seattle Punk/New Wave scene, he cut the Live In The Sun single way back in 1977. Soon after he hooked up with a group of musicians and they became the Moberleys. After gaining a hot live reputation locally, their self-titled debut album emerged two years later. This record made ripples both at home and in Europe with a smart Garage Pop sound. Unfortunately the band split before they could take advantage of this positive response, with Jim opting to decamp New York in order to seek his fame.

On noting the regard that the album had gathered, Basnight put together a new version of the Moberlys, which became a fixture on the NY club scene during the early 1980s. Another line up of the band was formed on Jim’s return to his Seattle stomping ground in 1983. The Moberleys again found it hard to turn critical acclaim into something more solid, a record deal with EMI stalling without them ever having anything released by the label. Even the patronage of Peter Buck from REM failed to yield them anything much more than good press.

The Moberlys called it a day in 1989 and soon after he formed the Rockinghams. Another long running, hard-gigging band, they lasted for a decade and made their debut with the album Makin’ Bacon which was issued on Not Lame in 1999. Since the Rockinghams ceased trading in the early part of the 21st century Jim has still kept playing (an album as The Jim Basnight Thing came out in the mid-90s), sometimes with yet another Moberlys line up, but this new album Not Changing is his first long-form outing for quite a while.

After the history lesson the big question of course is, how does the record actually sound? Well given a history of hard knocks and tantalising close shaves with success that were always thwarted, you could have forgiven Jim for sounding cynical. But if the album title hints at a certain stubbornness in the face of adversity, the songs are full of warmth and plain common sense thinking. It also helps that the thing rocks with a swagger not seen much since prime-era Rockpile too.

Code To Live By comes out of the traps in very much that style after a short acoustic doodle, hard-won wisdom in the words set to an irresistibly Stonesy Rock & Roll beat. The title track immediately follows, gleaming Roots Rock with a punch and a no-nonsense lyrical slant, showing despite the ups and down someone who is at peace with their world. Big Bang lives up to its explosive name, punchy with a catchy hook too. The Best Lover In The World has a real esprit to it, a really nice, warm and loveable Pop/Rock tune.

The song Kurt Cobain muses on the fate of a better known Seattle citizen, slower, up close and personal with deep-felt empathy for the subject. The following Never Get Lost has a fine, sweeping New Wave style. A bit of an Elvis Costello/Beatles feel to this one, a prime example of melodic Pub Rock given a real buzz with some fine ringing guitars. You Never Cease To Amaze Me is another teak-tough Rocker, but Having Fun slows the pace a little, Jim employs a more laidback approach here and it really works.

All that nicely sets up a great set closer in Living The Way I Want. Starting with a radio announcement which establishes Basnight’s lineage in Seattle Rock by mentioning the Sonics and the Wailers, this one soon settles into an addictive and lovely Pop Rock item with real guts at its heart. A simple message maybe, but sometimes it needs saying in the tiring, bemusing 21st century we currently live in. I suppose that is the bottom line with regard to Not Changing – what you have here is honest, knowing songwriting, with nothing that flash (bar some great guitar of course). Everything is rooted firmly in reality, despite the sometimes ridiculous hand life deals one.

This album has great warmth which is hugely endearing. Sometimes the lyrics show traces of bitter experience, something you would probably expect from someone who has clearly endured a lot along the way, but has always come out the other end with a smile on his face and a new song through the tribulations. Looking at the past with a wary eye, but also acknowledging that he’s come out mostly unscathed and the future is still there waiting to be grabbed. There’s plenty of hard-rocking good times ahead and Jim and his band let you in on this via one very enjoyable LP.