Home Music Reviews Album Reviews Jill Jackson: Are We There Yet? – album review 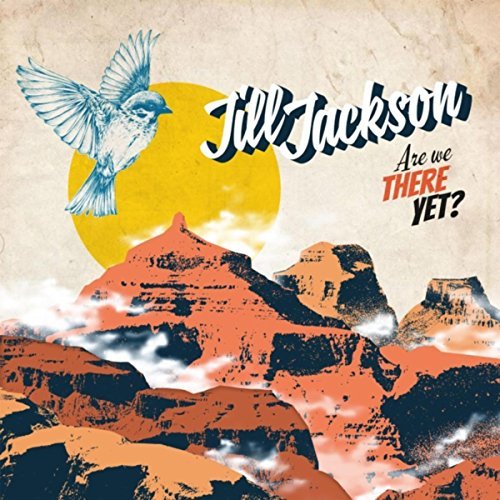 ARE WE THERE YET?

Teaming up with master songwriter and producer Boo Hewerdine, Jill Jackson seems much more at home with her independent status rather than the backing of EMI.

The independent singer songwriter from Glasgow, although you’d never guess it with the easy American country swagger, delivers a new album, not at all phased by being tipped as ‘UK Country’s next big thing 2018’. Echoing the call of Nashville and the Emmylou Harris and Alison Krauss, Are We There Yet? is accompanied with a simple “the songs fell out of my head and guitar with a little bit of country, rock ‘n’ roll and old timey.”

Taking in lyrics with a strong focus on the personal, the more whimsical is addressed with stories of grandparents , family holidays in Blackpool, Vauxhall Cavaliers and Nissan Bluebirds whilst reflecting on the teenage years fuels the  feeling out of place anxieties and insecurities. At times the songs provide her therapy, in particular Dynamite and a poignant Goodbye close the album in contrasting fashion. What she calls  “one of the most important songs of my life”, Finally is accompanied by a jaunty shuffle. There are the light hearted moments – Needle And Thread comes aided and abetted by a rhyming dictionary which is a godsend for the “we go together like….” motif and plenty of good times skiffle.

Aside from his back room duites, Boo Hewerdine, the “man of magic” adds subtle parts, notably the farfisa and Wurlitzer and there are notable contributions from Gustaf Ljunggren on various instruments blown, strummed and pressed and Johnny Mackinnon on piano. Classy work on a fifth album that’s adds weight to her growing catalogue.

Here’s a preview of the album: