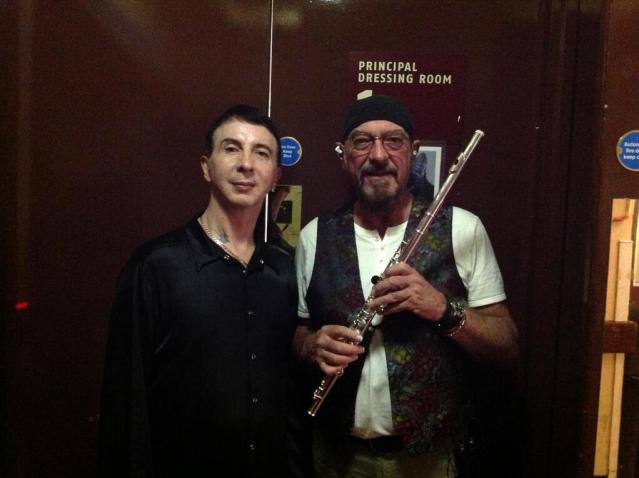 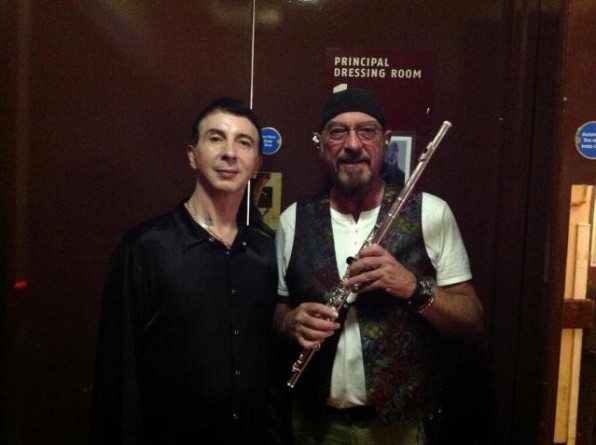 One of the great things about getting older is that you have an awful lot of time to look back over things. You can put things into context more easily. Compare how it was when you were a kid and what it is like now or at another time in your life. When you’re young you don’t have time for too much introspection. You’re too busy living. And that is the way it should be.

This applies notably to our passion for music and all the discussions and arguments we have about it. If it wasn’t worth it, we wouldn’t do it. From that day in April 1715 when JS Bach yelled Kick Out The Jams, Motherfuckers and embarked on the Brandenburg Concertos we have not only loved the music but the characters who created it and the multitude of anecdotes surrounding them and their art.

I don’t want this piece to be rock crit stuff.It’s more personal than that. When Bob Harris was interviewing Anderson at the height of Tull fame in the 70s he asked him where he was living. Anderson said he’d bought a little place outside of London. Bob whispered ”Oh really? Where?” Anderson replied , “It’s called Surrey”. When I was a young protest singer walking down the street in Blackpool in 1975 with a guitar in hand I spied a long haired man polishing a car. ’Twas Anderson outside his mum’s house. He said hello, asked where I was going even said he’d pop round. Of course he never did, but I felt pretty chuffed that a big famous rock star had a minute or two for a kid like me. I felt like an older brother had given me his blessing and went about my drunken session with mates dining out on the story.

When Tull were in the top ten in 1969 with Living In The Past I remembered our Latin master at Blackpool Grammar School eulogising about the days he taught Ian Anderson.I was only aware of pop music as something ace that came out of the radio or Top Of The Pops back then. Anderson had met John Evan at the same school some eight years previously and the idea of a band was first mooted. The original line-up was comprised of schoolmates rehearsing in front rooms quietly trying to perform soul and blues standards. Famously our Ian decided that he wasn’t going to play the guitar like Eric Clapton so what could he do? On a whim, he traded his electric guitar for a flute thinking no rock bands at the time had a flute player. In 1967, this was a radical idea. A frontman with a flute? I wonder if he’d subconsciously stored an idea of Dixie, the old Blackpool tramp, sat outside RHO Hills playing his harmonica? The full impact of that image, which many of us Blackpool kids had of the sad old vagrant, fully manifested itself on Aqualung the band’s 1971 meisterwerk. For those of you reading this with no insight into Blackpool aside of candy floss, kiss me quick hats and the Pleasure Beach, let me furnish the room by saying that it is a town anchored in strangeness and oddball behaviour. It is a place where I have encountered some of the greatest people I’ve ever known and some of the most unusual people too. It existed, certainly in the 60s and 70s, of extremities. For all it’s oddball weirdness, it is a place where extreme violence could be met with by anyone unwary enough to step into the wrong areas. When Anderson wrote his songs, these extremes, no doubt, were uppermost in his thoughts. A fun resort or an urban nightmare. I wonder if George Formby and Gracie Fields ever walked into those dark shadows?

After numerous gigs often rather shambolic, the band came to the attention of Terry Ellis of Chris Blackmore’s hip Island Record label and they were shepherded into Sound Techniques studio in London in the summer of 1968 to make their first album This Was. Titled This Was as the winds of change were blowing. This was a blues band that were heading somewhere else. Uncharted territory. It sold well and put Tull on the map commercially and gave them the chance to make further records. Mick Abrahams was the co writer on much of the albums songs. Mick was a blues guitar shredder and left the band shortly after this. Anderson had come to the fore as the group’s leader and folk and jazz were big influences of the growing band’s next release Stand Up. It’s a marvellous record that literally did stand up. The gatefold had a cardboard caricature of the band which raised up as you opened it up. The songs were melodic and tinged with the influences Anderson had acquired from Bach ( Bouree) and Roland Kirk to more contemporary West Coast sounds from the US and of course, British folk songs. It is often claimed that The Eagles stole We Used To Know for Hotel California but as we all know in rock’n’roll we all have to share those same few notes and chords, so I think aside from sublimation or an unconscious influence, there was no intent to deceive. Another quirk of Stand Up was that if you read the titles of the songs from track one to the end, they form one long sentence.The band’s stand-alone single Living In The Past from the same sessions as Stand Up swept up the charts and very nearly made number one as Tull came out of the underground to sniff the rarified air of the big time. Sweet Dream, a personal favourite of mine, followed up this top 40 success. A pounding epic riff and considerably heavier than it’s predecessor, it too made the Top Ten. JT had arrived.

And meanwhile Blackpool gnawed away at the band. Jeffery Hammond (Hammond) and John Evan both joined the band. Another big hit followed in 1970 The Witches Promise was a delightful piece of offbeat acoustic whimsy which backed with the harder, rockier Teacher on the B-side. These songs come from the band’s Benefit sessions. Benefit may well be the genuine masterpiece in the 67-71 period. It contains lots of pointers to where Anderson’s mind was at this time. There are almost Elizabethan folk interludes (Sossity: You’re A Woman), next to nascent proggy bits, nestling up against jazzy passages suddenly flowering into pop choruses. (Inside) The album stands the test of time excellently, musically interesting with memorable songs and superb arrangements. Lyrically, it skates across Anderson’s preoccupations with recent experience and is far more earthy than many of Tull’s prog contemporaries. We all search for something when we are young.Often these things aren’t especially extravagant, merely a place to fit in and a place to rest your head at night. A meal and a bottle of booze make things much more bearable. Benefit appears to suggest that these things are what a young person may have been searching for in 1970. Those elusive Freudian wish lists are still very much on the agenda today.

Finally, we arrive at 1971’s Aqualung. The cover is probably JT’s most recognisable one, a melange of Dixie the afore-mentioned vagrant and Ian Anderson. Did Anderson feel he’d end up like Dixie, sadly playing his harmonica tunelessly, outside the most populous thoroughfares of a resort town. Aqualung features other characters (Cross Eyed Mary) and deals with Anderson’s atheism too (My God) and blends a more hard rock edge (Locomotive Breath) with already more established Tull folk-rock palette. Again the ghosts of Blackpool drift effortlessly through the shadows in this record.I guess it is similar to Ray Davies and his bard of London alter-ego, Joe Strummer’s evocation of the Westway and the west of London too. Writers always use home in some way or another. Aqualung marked Tull’s entry into the supergroup echelons populated by the Led Zeppelins of the time. They went on to make two genuinely prog rock albums in Thick As A Brick and Passion Play before retreating into more bucolic waters in the late 70s.

I grew up with these albums as a soundtrack to my rock’n’roll life. They arrived when I was a 15 year old kid at the same school as Anderson and Evan. They were soon superceded, but never forgotten, by Bowie and Roxy then punk as you grow and look to find where you truly fit in. But the processes of re-evaluation always mean you delve back to see if you can find what attracted you initially to any record you loved….I’m very glad I did with these albums.