Home Music Bands Jet Black of the Stranglers is 81 today – an appreciation of... 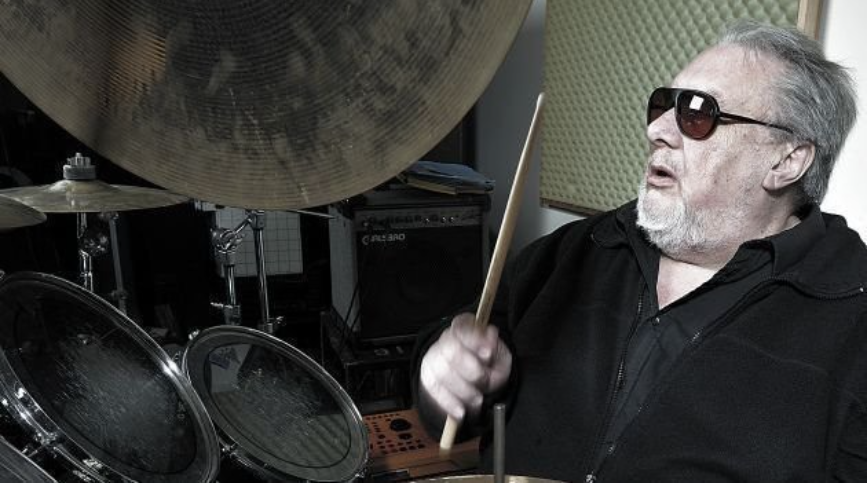 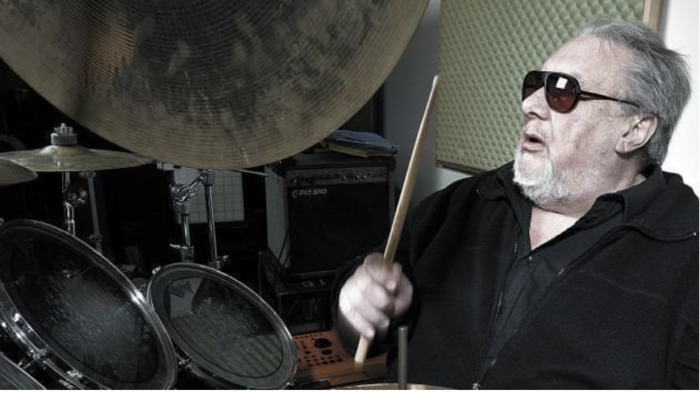 The Stranglers once did a great b side for their brilliant 1978 cover of Walk On By.

It was called Old Codger and guest vocalist George Melly sang the leering vocal over a running bass line that came with this typically unexpected neo-disco groove from the drummer. God knows what they were singing about but you would like to think they were laughing at themselves for being looked on as being the old men of punk.

Even then their drummer was 40 – a crime in the youth-obsessed times but for many of the fans a badge of honour to love a band with a drummer of that age.  Punk was about breaking the rules and the Stranglers never played by the rules.

One of the notable things about the Stranglers, it’s sometimes been said, is that you could not get four more unlikely people into one band. Four wilful, amorphous and quite different personalities in that line up who somehow welded into one direction for 17 odd, very odd years.

There is not really another band like them and their wilful creativity somehow hit pay-dirt in punk where, typically in a year that celebrated youth, they arrived in their drummer’s ice cream van a good few years older than their new contemporaries and some how fitted in with a genuine malevolence and a knack for writing great off kilter songs. Songs that have become classics and huge hits even if stuffy rock historians are still confused about where to place them.

And typically for a band that was built around a relentless spirit we are here today to celebrate the 80th birthday of their drummer Jet Black. For it is in his unreleting, granite spirit that the band existed.

He was there at the beginning – the dissatisfied former jazz drummer with the Guildford off licence, who wanted one last crack of the whip and gathered this loose cabal of oddballs around him to rehearse in his shop. It was his business nous, sense of organisation and, I imagine, almost fatherly presence that drew this all together.

First came Hugh Cornwell- the quirky square peg in a round hole, fallen intellectual and slightly soiled sometimes teacher with a twisted mind full of great melodies and ideas and a quirk wonk sense of humour with some draft dodging mates to make up the first line up.

Then came JJ Burnel – the psychotic, youthful renegade trying to tame his wild spirit with karate and yet a trained classical guitar player who took those skills onto the green Fender precision bass he bought from Hugh whilst inventing black belt lead bass.

They then started playing together and somehow it worked.

JJ may have been a good 15 years younger than Jet and there was talk of getting a younger drummer with Jet becoming the manager but they created one of the great rhythm sections. Jet’s jazz tinged drumming, with its off kilter rhythms and timings was deceptively non fussy allowing JJ plenty of space to play those increasingly gnarled and tempestuous melodic bass lines that, within a couple of years, would become iconic in sound and melody.

When Dave Greenfield joined in 1975, they had the keyboard colour to add to the chassis and their initial soft rock was slowly getting tempered into the mean machine that would make sense in the 1976 pre punk run up to revolution.

Could Jet have been the key to this?

One of the crucial things about the Stranglers is that with their artwork and their own idea of their image they were always very much a four piece band. Each member’s face would take up a quarter of an ad or a record sleeve – each one looking like a different kind of psychopath!

Sonically this was true as well – part of the beauty of the band’s sound was that each instrument played lead and yet allowed space for the others.

The aforementioned bass was like nothing else you had heard before, the guitar was either scratching and scraping the inside of your skull or playing those weird  lead licks and the keyboards were fairground funereal and the drums were perfect.

They had the power but they were never obvious – somehow Jet could play complex rhythms and the young punks could pogo to them. Just listen to Peasant In The Big Shitty with its bizarre timing – a perfect example of the complex and the simple.

Jet could be tight and economical. He could play the perfect drum fill or he could be pounding or he could swing or he could be bizarre – and it always worked – he may be understated but he is one of the great British rock drummers – one those elite few who drum parts you can sing out loud.

He also had presence. He looked genuinely scary and it was his nod of approval in the band that could pick out the singles. If there was trouble, and with the Stranglers that was a given, he would back up the impetuous bass player with a genuine aggresion and, I imagine, a scary wall of anger.

He never compromised. He kept his beard in the clean shaven punk era. He never lied about his age and was still embraced as punk by the people that mattered – the ones buying the records. He looked genuinely mean and moody. There was nothing fake here. Look at the cover of Rattus Norvegicus – the debut album cover with the fantastic shot of the band where they looked unsettling weird from JJ’s painted face psychodrama, Dave Greenfield’s Bond villain strangeness and Hugh’s dangerous stare and there was Jet looking hard, grumpy and genuinly leery and yet intellectual – the same on the Black and White cover where he glares hungover at the camera in another iconic shot.

For years he was ‘oldest man in punk’. Older than the Rolling Stones – if such a thing could be true! For years he was also an omnipresent presence in the band.  Perhaps his final victory was being able to retire when he wanted to .

In the Stranglers fan family, though, he is still in the band. He may not be a touring member but is loved by the black clad hordes and is still respected as the man whose off kilter way off looking at life, no bullshit attitude, gruff exterior and warm interior and self taught deep intelligence and acidic eye to the silliness of life and showbiz somehow enscapulates this most wonderful of band’s music and spirit and, in many ways, the fans as well. He, like them, is the king of the outsiders.

Of course It’s an impossable task but from the odd timing of Peasant to the hanging in the air, neo -reggae, dark dub swing of In The Shadows, Nice n Sleazy and Peaches to the pounding pogo drums of School Mam to the Motorik kraut rock propulsion of the Raven  to the claustrophoic clank of Threatened to the 3D rolls of Genrtix, where the drums actually sound like DNA (the Stranglers were always great at creating lysergic pictures of their songs with instruments) to Outside Tokyo’s simple but effective barren rthyms to Just Like Nothing On Earth’s bass driven, pre techno, drum loops – there is nothing obvious here and it’s all so diverse and effective – I could go on for ever but please go down the rabbit hole of Jet Black’s drumming genius and the Stranglers musical brilliance…and listen to this list…