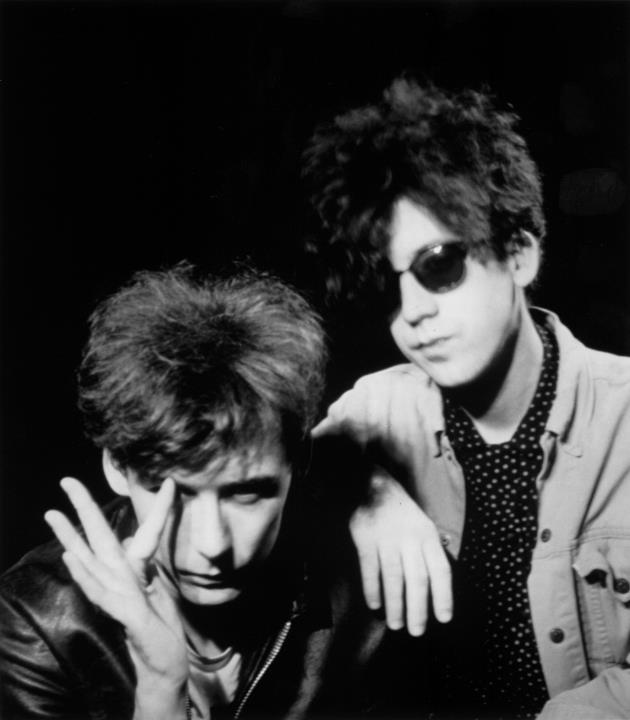 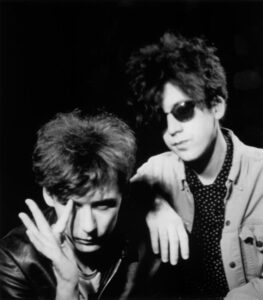 Thirty years on, the Reid brothers demonstrate the enduring power of debut LP.

The Mary Chain have lined up two support acts for us tonight. First, American psych-rock underdogs Bardo Pond and second, themselves. “Just to let you know what’s goin’ on,” announces Jim Reid, as un-showmanlike as they come, “we’re playing two sets tonight. The first is not Psychocandy, then a short break, then Psychocandy.”

Just hearing him utter the album’s name brings tingles of excitement down the spine of anyone familiar with its contents and history. Released in November 1985, JAMC’s debut laid much of the foundation to what would later become shoegaze, the scene and subgenre populated by such acts as Slowdive, Chapterhouse and My Bloody Valentine, often subverting displays of melodic, dreamy pop songwriting via layers upon layers of added guitar feedback and distortion. Its influence continues to stretch into the present day, colouring the output of countless indie-rock bands including Crystal Stilts, Dum Dum Girls and The Raveonettes.

But in the years following Psychocandy’s release, Jim and William Reid, the group’s only constant members, appeared to gradually disown its material. Setlists, particularly since their reformation in 2007, have tended to feature only a handful, at most, of its tracks. That said, a typical Mary Chain gig in 1985 barely lasted six songs before an optional riot, so it’s debatable whether or not they were ever willing to embrace it in front of a paying audience in the first place.

Come 2014, though, something changed. Approaching a thirty-year anniversary, a short run of ‘The Jesus and Mary Chain perform Psychocandy’ gigs was announced. Even taken as a pure nostalgia-milking cash-in device, there can’t have been many fans not instructing out loud the words “take my money, please, now” the second they found a ticketseller link. And cash in they do; tickets on the door for tonight’s show are a steep £27.50, but at least they chuck in a few extras.

April Skies opens a short preamble set that meanders through some of their most popular post-Psychocandy singles, including Head On, Reverence and Some Candy Talking. Its title track, oddly absent from the album itself, also makes an appearance alongside other deep cuts of the era, namely Up Too High (previously never having made it past the demo stage) and debut single Upside Down. Much the same as when released in 1984, the latter serves as a thrilling appetiser for what’s about to follow.

That half of the classic Mary Chain line-up are absent from these shows remains their only upfront disappointment; though in fairness, I’m sure they’ve got their reasons. Original bass player Douglas Hart is better known these days as a music video director, while Bobby Gillespie, for reasons well documented elsewhere, would probably have too little feeling in his wrists at this point to work the simple snare and floor tom pairing as aggressively as he once did.

Even the Reid brothers seem quite different creatures from their twenty-something year-old selves. The chemical supplement of choice is no longer psilocybin but plain old H2O. The sunglasses and skinny leathers are gone. The one tokenistic crowdsurfer is about as riotous as things get. These aren’t gripes, of course, just observations. Two grown ass men in their fifties trying to relive the old days in this case would render them a Vic and Bob-esque parody of themselves, walking off stage to a chorus of boos and chants of “play the fucking songs!”

Fortunately, we get exactly what we came for: all fourteen of Psychocandy’s glorious compositions, in their original running order, recreated before our eyes. William Reid’s knack for ear-splitting fuzz and feedback, here assisted by two bookshelf-sized Orange amps, hasn’t diminished at all in three decades. Phil King, Brian Young and Mark Krozer, who make up the Mary Chain’s current rhythm section, are a relentlessly solid backing force throughout. Strangely, it’s frontman Jim Reid who comes across as the least self-assured. Several times in between songs, he holds out his hands as if apologising for some embarrassing cock-up. Whenever he thanks the audience for coming, he sounds genuinely surprised anyone’s there.

Part of me understands. There’s something inherently awkward about a man old enough to be your dad singing about how “some cunt’s” always scratching his big brass drum. But the bulk of me couldn’t care less. That he and his brother recorded one of the most daring, abrasive and influential rock albums of the 20th century is nothing to be ashamed of. A bit of me feels like blaming them for not giving in to Psychocandy’s enduring power and relevance sooner, but then I suppose Jim Reid put it best when he sang “the way I feel tonight, oh I could die and I wouldn’t mind.”

The Jesus And Mary Chain are online here: thejesusandmarychain.uk.com. They’re also on Facebook and they tweet as @jamcofficial.