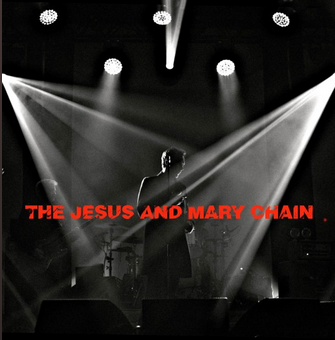 The Jesus and Mary Chain – Live at Barrowlands (Edsel)

Live at Barrowlands is a special, deluxe release documenting The Jesus and Mary Chain’s first show since 2008 at which they aired the whole of Psychocandy to a supplicant audience. One which included Louder Than War’s Jamie Havlin.

Over the years I’ve bought more than my fair share of live albums and bootlegs, some like It’s Alive by the Ramones and Live At Max’s Kansas City by the Velvet Underground have pulled off the tricky feat of capturing the magic of a concert, although if I was to draw up a list of my top 50 albums, I doubt that either of these would even make an appearance.

The Jesus and Mary Chain, who like the Ramones and the Velvets are one of my all time favourite acts, are about to release a new live album, which will be available as a standard CD as well as a swanky 12″x12″ deluxe package containing a hardback book, a limited edition LP of the Psychocandy performance and an exclusive 10” vinyl recording of the seven other songs performed on the same night along with a CD of the entire show (the entire show being what I’m reviewing here).

Psychocandy was conceived largely by two young men whose lives have both now changed beyond recognition – it’s been a long time since they had to make the trek from their parents’ council house in Calderwood to the East Kilbride dole office to sign on or travel down to record in London on an overnight bus with their gear and the kind of mammoth carry-out guaranteed to give them mammoth hangovers by the time they arrived in the capital.

So how do a band that some people predicted would be lucky to survive a life span of six months tackle performing a truly seminal album recorded three decades before?

Well, actually the band start off with what on the night Jim Reid called the ‘encore’, a bunch of turbulent pop gems such as opening salvo April Skies; a minor revelation with rarity Up Too High and, best of all, an extended and unrelenting Reverence, where they whip up a menacing but magical cacophony of music with Jim Reid even managing to sound convincing as he drawls, ‘I wanna die just like Jesus Christ / I wanna die on a bed of spikes.’

This prelude lasts longer than their entire set when I first encountered them live in their early days performing a sometimes shambolic but always thrilling and ferocious gig at a long gone Glasgow nightclub called Daddy Warbucks. That night the atmosphere was tense and the stage was lined by a long chain of security staff obviously expecting trouble to kick off and here’s an anecdote for anyone curious about the Reid brothers’ disdain for their hometown. I got talking to one of the security guys during the interval and he mentioned that he usually worked as a bouncer in East Kilbride. In a chip shop.

The finest ever appropriation of the ‘Be My Baby’ drumbeat signals the start of the Psychocandy section with Just Like Honey, a track likely to remind listeners that although thirty years ago the Mary Chain might have been compared with The Velvet Underground and The Sex Pistols, they were just as influenced by the pop sensibility of the Ronettes and the Shangri-La’s. Or as Jim Reid put it in the recent documentary Beautiful Noise: ‘If Nancy Sinatra had Einstürzende Neubauten as a backing band, that’s kind of like how we wanted to sound.’

An unruly The Living End is next up with some excoriating guitars and this segues straight into a searing Taste The Floor. If any sceptics were wondering beforehand if the Mary Chain should now be filed under stale heritage rock act conveniently getting together to make some easy bucks on the back of an anniversary, then on the evidence so far, they would have their answer: ‘Definitely not’.

The J&MC choose to perform the album in its original album running order but there’s no attempt at any sterile note for note reproduction of the tracks. Neither do they try to recreate how they would have tackled the same songs live thirty years ago even though the decibel levels are still cranked up and William is more than capable of unleashing an exhilarating explosion of feedback when required; here he expertly swathes his white noise wall of sound around crowd favourite Never Understand while the squalls of feedback he supplies on Inside Me are glorious.

There are rip-snorting versions of The Hardest Walk, Cut Dead and In A Hole and a mesmerising take on Taste of Cindy. Sowing Seeds still comes across like it’s been cobbled together from some of their other songs, then My Little Underground flies by and we’re straight into the classic bass intro of You Trip Me Up, which really is indie singalong heaven and a highlight of a set packed with belligerent brilliance.

Something’s Wrong and an elongated It’s So Hard follow on and then the younger Reid brother declares, ‘Thats it.’

Which it is, apart from a long throb of reverb.

Clearly rejuvenated, Live at Barrowlands shows a band that are still incredibly potent in the live arena and whose interpretation of their finest album strikes me as a lot more relevant and strangely more contemporary than anything the likes of Kasabian have produced in recent years.

I doubt this will join Psychocandy in that aforementioned list of my top fifty albums but by the standards of the live album this is a ten and definitely worth seeking out.

The Jesus and Mary Chain can be found online here: thejesusandmarychain.uk.com. They are also on Facebook.