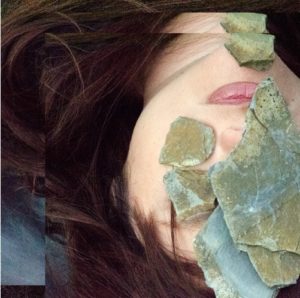 The incredible sound of the amazing Superhand emanates throughout this stunning EP. Jessie Grace, some-time associate of the act that brought you the often unbelievable American Teeth album is giving her 2013 EP another shot, and quite rightly so.

How things like this remain uncovered and potentially lost is not only a shame but a near crime. The production skills of Mike Mason, one time member of Swallow, are near revolutionary as the EP stamps its mark from the very first note.

That very first note comes in the shape of a chunking guitar which is soon joined by drums and a bass heavy backing which also contains a little Country finger-picking and occasional keyboards. The track never fails to surprise as its direction seems to change several times whilst maintaining a constant connection. Jessie’s vocals are momentous, powerful and direct, bellowing over a near classic rock metal track with enough pop influence to make it unexpectedly accessible.

Track two, He Spins calms slightly. A piano grounded piece with strings and a mellower Grace is again commercial enough to break into the mainstream without difficulty. The underpinning pattern being one of an alternative path that this mini collection continues to walk down. He Spins Outro is as it suggests a short revisit in classically instrumental form over just less than a couple of minutes providing an orchestral breather.

The pace seems to remain serene for the start of Indifference, but don’t be fooled as it slowly builds into another barrage of rock with Jessie’s voice nothing short of stunning. The story within the lyrics unfolds and the intensity increases.

EP closer Polished Off concentrates on just voice, piano and strings as a quite lovely ending to a quite enthralling collection which, deserves to propel Jessie further into the spotlight.