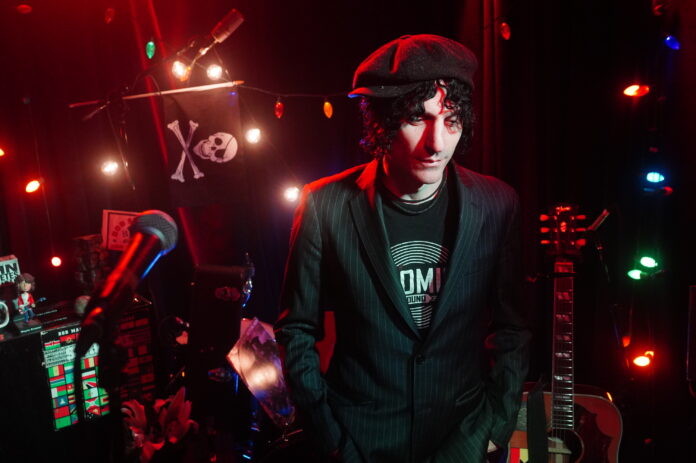 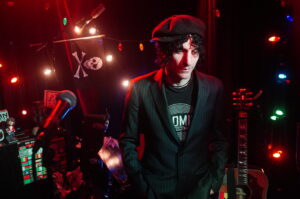 Jesse Malin is back with a new single, Tall Black Horses. He has returned to performing in front of live audiences and also brings news of his new double album, Sad And Beautiful World, due out on 24th September. And if that’s not enough good news, we have a UK tour to enjoy, starting shortly after the album release date.

Jesse Malin has almost single-handedly kept live music alive for me and for many others throughout the extended period of lockdown with his weekly live streams through 2020, going by the title of The Fine Art Of Self-Distancing. These were broadcast initially from his own apartment in New York, then moving onto the famous Bowery Electric venue which is co-owned by Jesse. However, as the world starts to turn a little faster, it is now great to see New York finally coming alive, as Jesse starts performing in front of live audiences. More than that, not only do we have another new single from Jesse Malin to enjoy, but also the confirmation of his new album coming out in September and a UK tour to follow.

Jesse Malin’s latest single, Tall Black Horses, follows on from the previous single State Of The Art, released in July. It’s another mellow, heartfelt and rootsy ballad, very much aligned with the spirit and feel of his previous album, Sunset Kids. There is little doubt that this carries on in the rich vein of songwriting that has emerged from Jesse during this lockdown period and most certainly aligns with his ongoing mantra of positive mental attitude.

Jesse himself explains that Tall Black Horses is about, “Taking your worst fears and insecurities and owning them, conquering them, without fear and regret,” also noting that “Everybody gets hurt. Everybody gets their heart broken. It’s part of their journey. Ride on.”

Both of these singles feature on the new album, Sad And Beautiful World, which will be

released on 24th September. Continuing Jesse’s ongoing themes of rebirth and redemption, the album is portrayed as a collection of heartfelt and eloquent short stories. It’s being released as a double album, with one side focused on “roots rock” leaning more towards sad-eyed ballads, the other side being more “radical” with a more abrasive edge.

Those who followed Jesse’s live streams will already be familiar with some of the other songs that will feature on the album, including Green Pastures, Backstabbers, The Way We Used To Roll and Todd Youth. From my own perspective, Sunset Kids easily ranks amongst Jesse Malin’s best work since his debut album, so this follow-up album is definitely one to look out for.

Jesse Malin is also heading out on tour, which will include the UK. Jesse’s last visit to Manchester in March 2020 was one of the last gigs I attended before lockdown hit, so this will be a very welcome return to these shores for his band. Jesse will be calling at the following venues:

You can pre-order the album, Sad and Beautiful World, here.