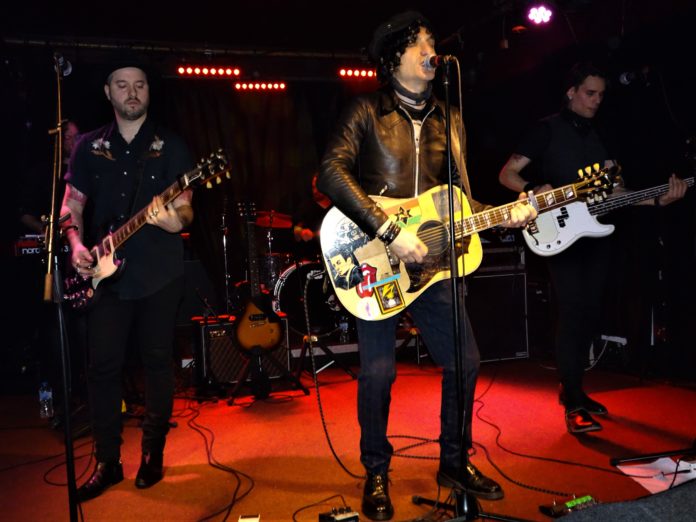 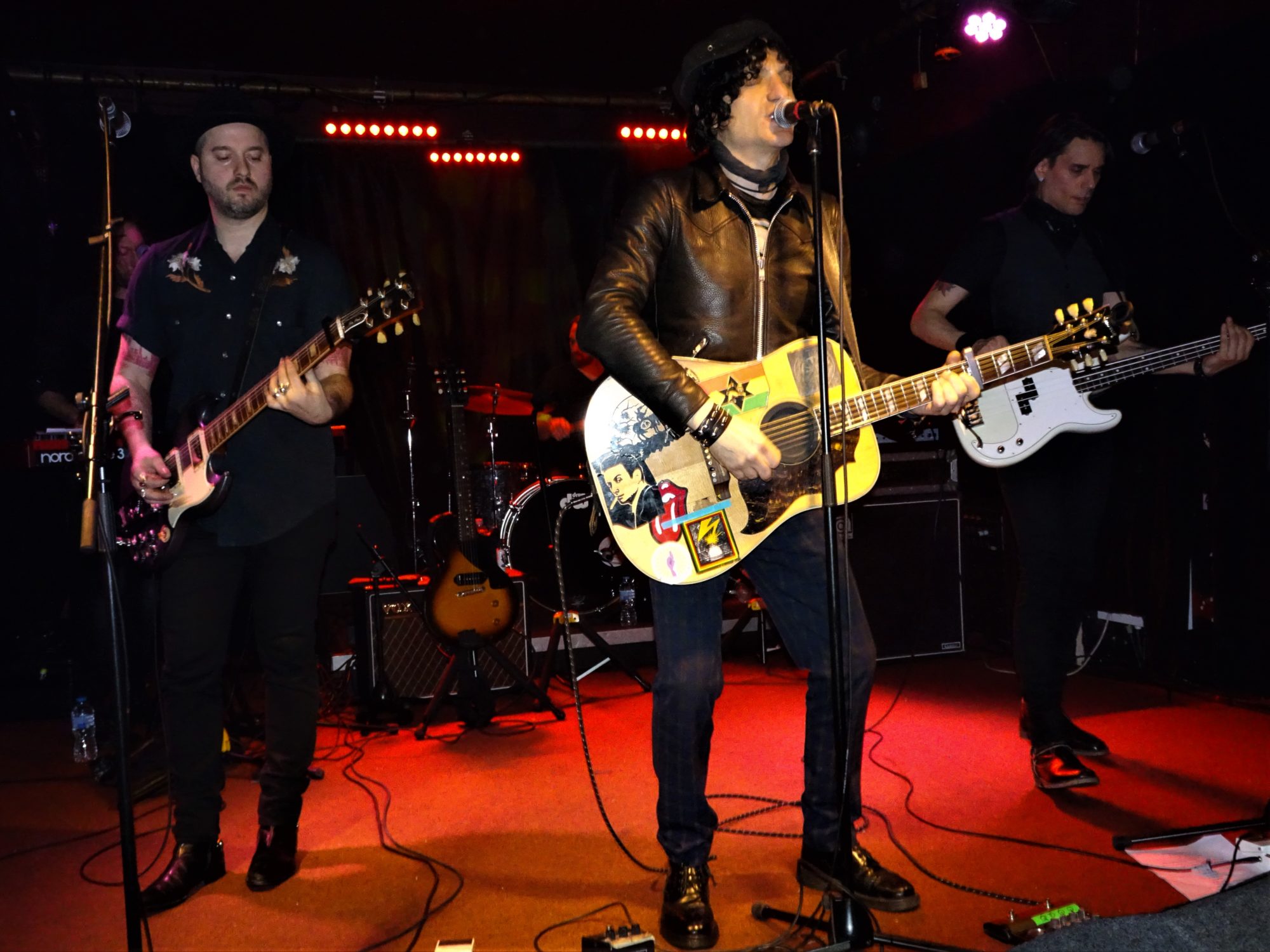 Jesse Malin, one of the great rock’n’roll troubadours of the current generation, is back in Manchester to promote his latest album and Ian Corbridge joins in with the Sunset Kids to capture that authentic west coast vibe.

It feels like Jesse Malin has been around forever which, certainly to me, is no bad thing at all. Indeed that is not surprising given Jesse’s early emergence on the New York punk scene in the late ’70s at the tender age of 14 with his first band Heart Attack. Their demise in 1984 was followed by an eight year stint as lead singer for D-Generation, one of New York’s notorious bands of the 1990s, touring with bands like the Ramones and Green Day and generally building up both an impressive reputation and a roster of very important connections.

Whilst the passing of that phase heralded a new direction for Jesse in terms of sound as he ventured towards a solo career, that passion for all the values that bands like The Clash stood for certainly never diminished. Gaining inspiration through his love for walking, Jesse will tell you that being honest is more dangerous than punk. And this really was the springboard for Jesse’s now well-honed craft for songwriting, underpinned by Jesse’s love for the likes of Neil Young, Tom Waits and Steve Earle, to start shining through. All of this finally surfaced in 2003 with his critically acclaimed debut solo album The Fine Art Of Self Destruction, ably assisted by Ryan Adams first efforts at production.

Since that time, Jesse has remained a prolific songwriter and performer, collaborating with the great and the good but always retaining his roots as a native New Yorker, especially through his involvement in clubs on the Lower East Side. And throughout all this time, Jesse has remained a consummate storyteller at live shows, giving real context to what he is singing about, baring out his soul along the way.

Jesse’s latest album, Sunset Kids, a title inspired by a children’s clothes shop in Los Angeles, was released in 2019 and for me is right up there with his finest work. It was born out of a collaboration with Lucinda Williams, who subsequently produced the album, after a chance meeting at one of his own gigs in Los Angeles and a subsequent interview with a journalist from Rolling Stone. It, therefore, comes as no surprise that the album has a very west coast feel to it even though it was recorded on both sides of the USA.

Sunset Kids is most definitely an album about life and living. However it is tinged with considerable poignancy as it evolved through a difficult period of Jesse’s life in 2018 when he lost his Father, his producer David Bianco, former guitarist/ bandmate Todd Youth and on top of that the untimely death of Tom Petty, having attended his final show at the Hollywood Bowl as a guest of Lucinda’s only a couple of days earlier. And with further collaborations with Billie Joe Armstrong and Joseph Arthur, I had no doubt Jesse would once again be in a reflective yet upbeat mood as he strode into Manchester with the ongoing mantra of appreciating every moment you are on planet earth.

First up we enjoyed a very assured 30 minute support set from fellow New Yorker Don DiLego, a long-time songwriting collaborator and sometime bandmate of Jesse’s. Cut from the same cloth as Jesse, this country balladeer almost defines the term Americana. Don is joined on keyboard by Michael ‘Hess’ Hesslein from his band The Touristas and covers both his excellent most recent single, Your Great Escape, as well as a range of songs from his very strong catalogue of solo albums including the excellent Different Man, and brand new songs such as Ain’t This The Strangest Town which will no doubt feature on the new album Don plans to record once this tour is done.

As Jesse Malin and his band came onto the stage it was already getting warm in the room but it was evident from the off that the temperature was going to rise rapidly. Starting off with two from Sunset Kids, Jesse launched into Shining Down, a reflective song inspired by Jesse’s attendance at Tom Petty’s final show, recognising that people have a lot of spirit which stays with us even when they are gone, often through the little things they may have done or said. Chemical Heart followed on and is a tale of twisted love and a toxic relationship, name checking the likes of Bernie Taupin as if not to be in the shadows any longer. It’s acoustic driven but underpinned with great keyboards from Rob Clores, a stalwart of many of Jesse’s albums and tours. 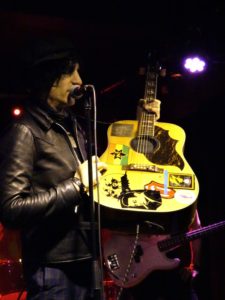 classic, If I Should Fall From Grace With God. She Don’t Love Me Now, from New York Before The War, is set to an infectious skanking dance beat and tells a story about when things don’t work out and all you have is your friends and your music and right now.

Room 13 is a highly introspective song, co-written with Lucinda on her kitchen table, and in my view is one of Jesse’s finest compositions. It’s about those brief stolen moments away from the gadgets when everything is turned off and you are outside of your comfort zone when you get time to feel and think about those things and people that really matter in life. Brilliantly performed and testament to Jesse’s love of telling a story.

Death Star is a song about technology and another one from New York Before The War, an album steeped in poignancy and nostalgia, with songs defined by NYC and references to local landmarks. Then the inevitable happens and Jesse goes off the setlist and revisits Downliner from Fine Art which he dedicates to Ryan Adams. And we stay in that zone with the iconic Brooklyn, a song full of mourning and regret for what has passed, which turns into a massed singalong.

The band then turn up the volume and pace with Hotel Columbia, the notorious stop-over in London for rock’n’roll musicians, with Jesse ending with the repeated refrain of “you’ve got to love it to life”. Jesse then returns to reflective mode with Shane, sharing his thoughts on his attendance at Shane MacGowan’s 60th birthday celebrations in Dublin in 2018 alongside the likes of Bono, Nick Cave and Johnny Depp, against everyone’s expectations that maybe Shane wouldn’t even have reached this point in his life. It’s a truly emotional nod to a wheelchair bound musical hero.

When You’re Young, another one from the new album conveys a carefree sense of recklessness before Jesse urges us all to think for ourselves and stay positive with Turn Up The Mains which he tells us was inspired by Wayne Kramer and the MC5. Dead On, a blues rock-out about weird relationships written with both Lucinda and guitarist Derek Cruz, finally finds Jesse taking his microphone over the front monitors and out into the middle of the crowd.

The rousing finale of the main set kicks off with the Ramones classic, Rock’n’Roll Radio. It’s followed by Meet Me At The End Of The World, driven along by a strong bass line, a song about living life like it’s your last day on the planet. And with all that is going on in the world right now, there are sentiments within the song that perhaps we should all take heed of.

The encore started with Jesse performing The Clash’s Stay Free solo acoustic “for all the real friends out there”. Then the band returned to Fine Art with a storming Almost Grown and Wendy, a song about living with someone who is just not on the same page as you. Jesse invited Don and Hess back on stage as they performed a rollicking version of the great Dylan song You Ain’t Going Nowhere. The final song started with two verses of Black Haired Girl which then shifted sideways into a manic take on Riding On The Subway. 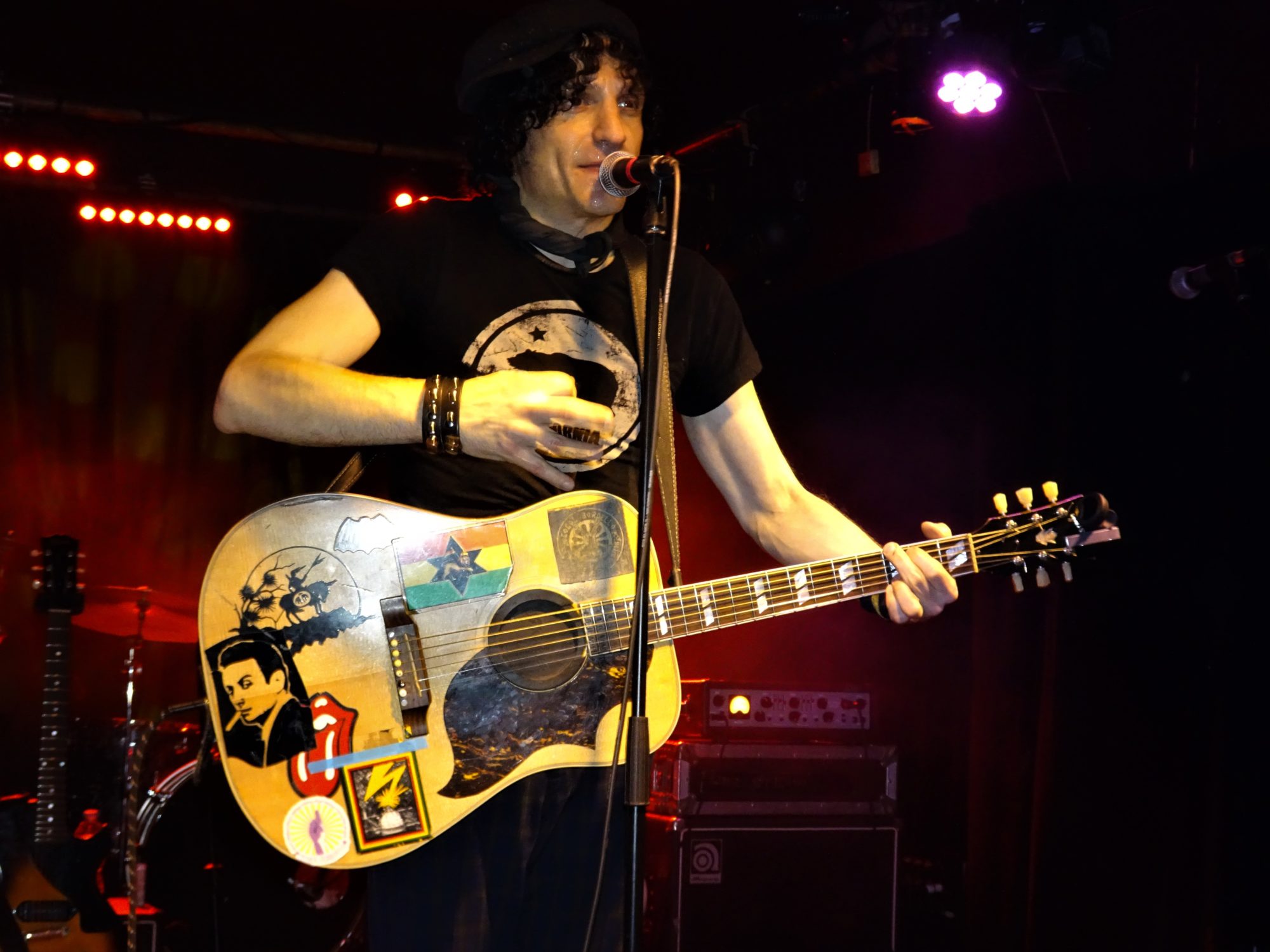 In keeping with Jesse Malin’s consistent message of Positive Mental Attitude, tonight proved once again to be a celebration of survival in the face of adversity. With a wealth of great songs full of attitude and heart, and backed by an excellent band of musicians, we all left with an uplifted sense of positivity that will help us all rise above all the rubbish that is going on the world right now. Jesse Malin always seems to harness the very essence and spirit of rock’n’roll to reach deep into your soul and tonight was no exception. Feel it, love it and be inspired!