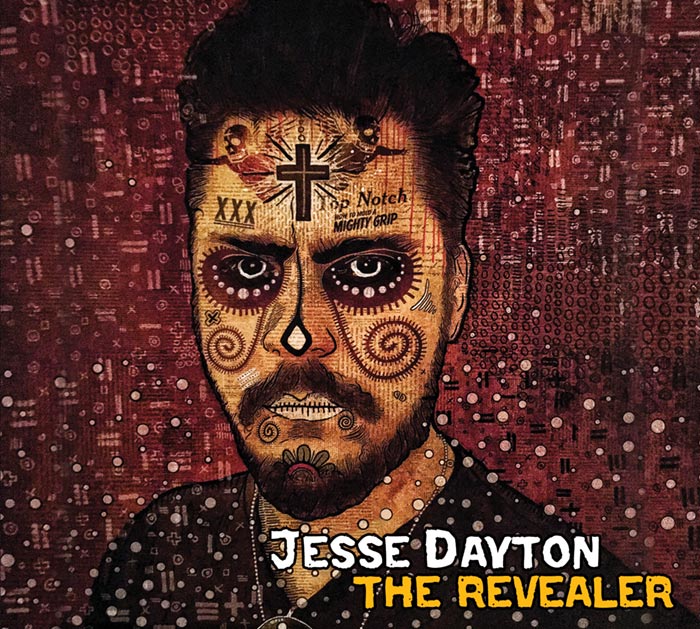 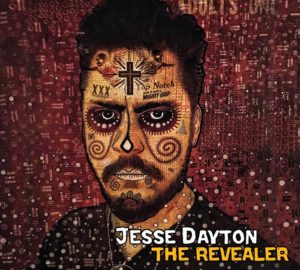 Insurgent country album from the Austin singer/guitarist with rather well-appointed CV…. Joe Whyte reviews for LTW.

If you don’t know Jesse Dayton and his previous rap sheet, let me let you into a secret. He’s a guy who’s played guitar with artists from as broad a spectrum as Waylon Jennings and L.A. first-wave punkers, X. He’s also been in The Supersuckers and played with Johnny Cash and Kris Kristofferson. Not a bad pedigree, I think you’ll agree.

This is his sixth solo record; his debut Raisin’ Cain topped the Americana charts on release and he’s barely paused for breath ever since. As well as writing his own songs and touring with Waylon and Willie Nelson, he’s also managed to fire out a film soundtrack or three and crowbar in a bit of acting for good measure.

“The Revealer” sees Dayton mining familiar territory with his trademark black humour and country-tinged skeletal rockabilly. The music is, for the most part, country-meets-punky-meets-Springsteen’s blue collar everyman lyricism.

“I’m At Home Getting Hammered (While She’s Out Getting Nailed)” is as good a tongue-in-cheek title as you’re likely to find; thankfully, the song itself is also a rollicking, Sun Records boom-chicka-boom a la The Man In Black with vitality to spare.

“Ghost Rock and Roller” is the single from the album and it’s a good-time, whiskey-drinkin’ whirl with a Little Richard (pre-getting religion) attitude. The lyrics retain Dayton’s signature narrative style; he’s been forged by Nashville, clearly, but has been scorched by the afterburn of punk rock, too.

There’s little here that’s dated or chintzy-plaid about “The Revealer”; Dayton likes to have a bit of fun, sure, but the gorgeous ballads herein (“Mrs Victoria” is an absolute show-stopper) show he’s not just happy to have a bit of wit with the country genre. There’s some pretty serious stuff, too; the George Jones- summoning “Possum Ran Over My Grave” isn’t a million miles away from the politico-southern rock of Drive-By Truckers.

“Daddy Was A Badass” really sets Dayton’s stall out; a mini-novella of homestead-drama in three minutes of twanging telecaster and furiously scrubbed acoustics is a perfect introduction to the album. The tale of his (or someones) father’s Vietnam exploits and return as a broken man are as gritty as they are well set out. Dayton clearly puts a lot of thought into his songs and some of the couplets are positively grin-inducing and heartbreaking in equal measure.

New country, Americana, alt country, insurgent country, call it what you will. Jesse Dayton has set down a marker for the rest.