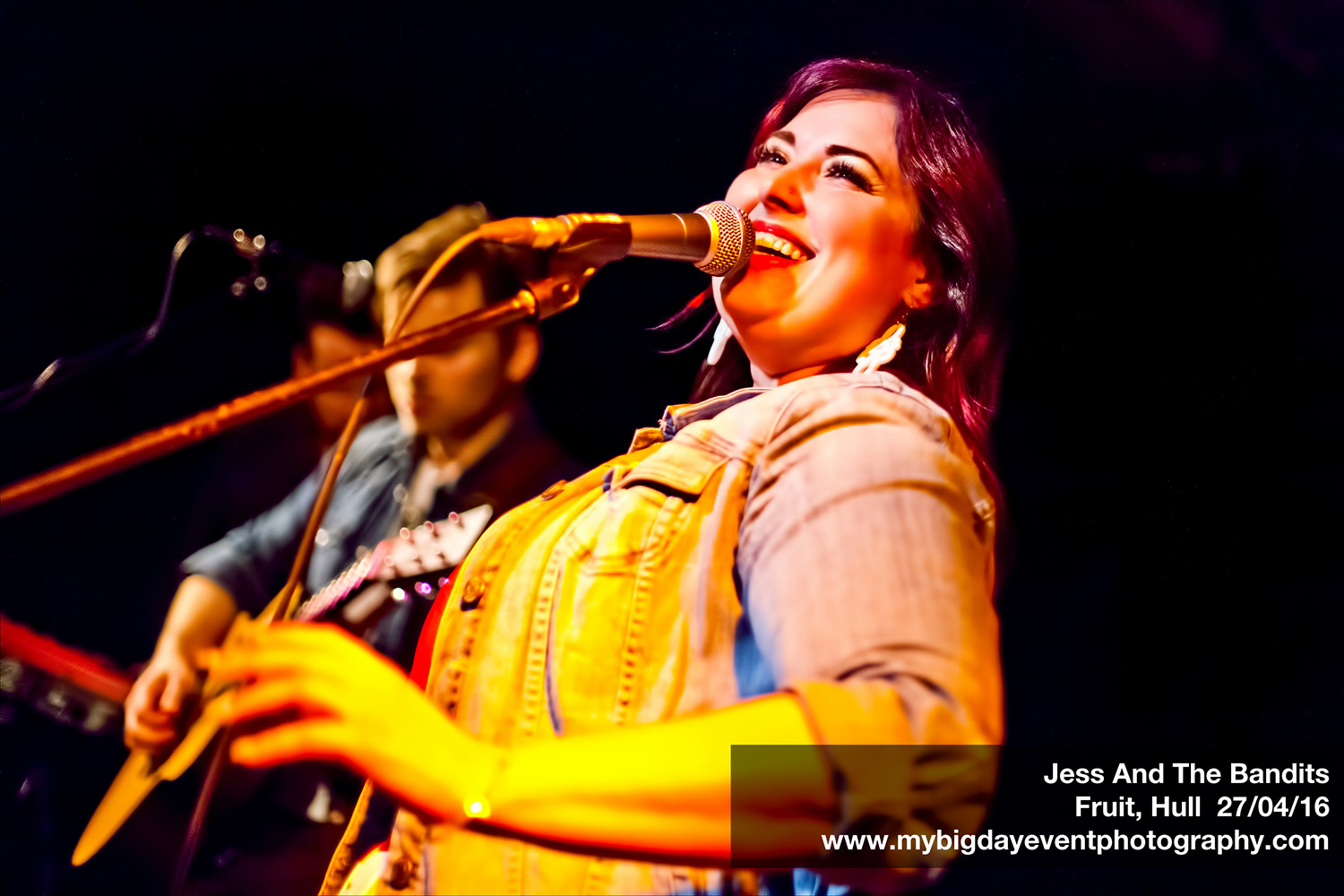 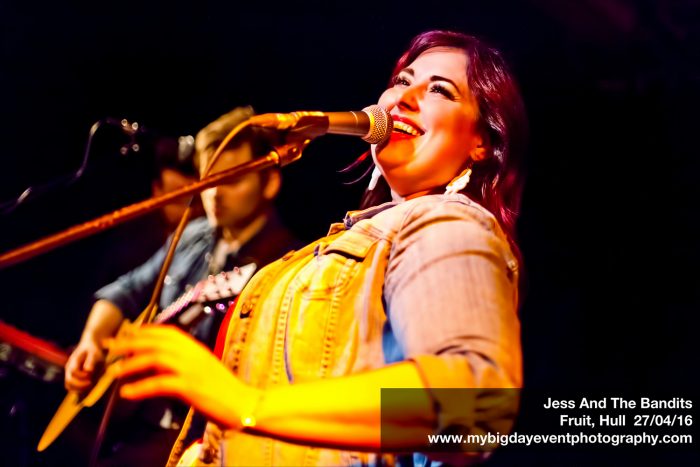 Jess And The Bandits

It’s only a couple of years Jess Clemmons and her Bandits got together (having met while she was supporting them on tour under their alternative identity, The Overtones), and in that time they’ve had a hit album on the country charts (the excellent Here We Go Again, now available in a new deluxe edition), wowed Sir Terry Wogan (Sir Tel on Louder Than War – that’s another one off the bucket list), while playing live on his show and established a reputation as one of the most exciting live acts on the circuit. The chance to catch up with them at Hull Fruit is too good to pass up and word has clearly got round because when we arrive, plenty early enough for the supports the place is already buzzing. 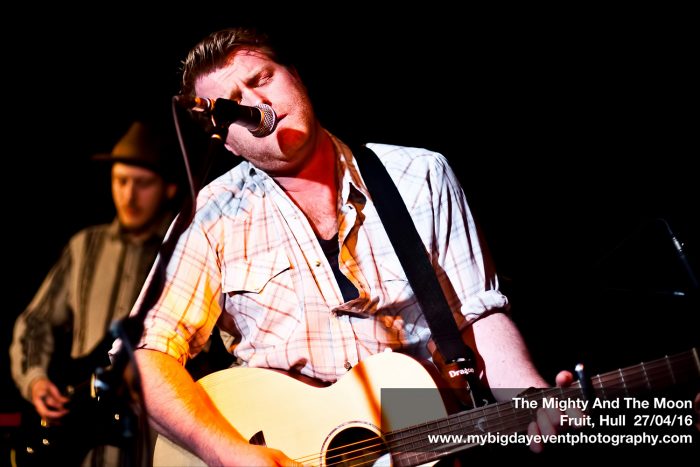 Support comes from Hull four piece The Mighty And The Moon, whose country tinged songs recall Damien Rice with a hint of Tom Waits gravel. I particularly like Port In A Storm with its lovely, old fashioned slouchy waltz time but there are lots of other great songs in their set and they have a new album on the way soon. 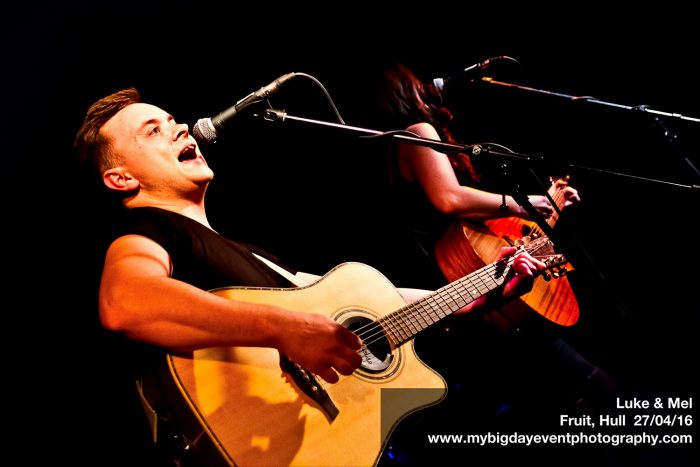 Tour support are Luke & Mel are a duo from Cumbria and either Yorkshire or Lancashire (depending who’s asking) but they sound like they just stepped down off the stage at the Grand Old Opry. Highlights of their set include their cover of Little Big Town’s Little White Church and their new single, Bad Habit, which has that authentic Southern rock twang, calling to mind Miranda Lambert.

And so to Jess And The Bandits who get a huge cheer when they take the stage. Although Jess herself may have forgotten (until reminded by the fact checkers at the front), they played a storming set at the Cottingham Festival last year and I think half the crowd from that gig are here tonight. Texas born Jessica Clemmons is a force of nature, never still for a moment, dancing and striking poses, by turns confidential or coquettish, always charming, always commanding the room. At one point there is some chatter at the bar and she lets the culprits know that she’s not happy. It must have been something important because the rest of us can’t take our eyes off her.

Her set is a mixture of roadhouse country, torch songs and blues and she delivers in spades on every song with a style that’s a bit pop, a bit rock, a lot of blues and one hundred percent country. As well as the amazing voice she’s a terrific songwriter and songs like Kiss You Now and Love Like That establish a high standard for the rest of the night but the first really heart stopping moment is a cover of Lee Brice’s I Don’t Dance. Performed as a duet with keyboard player Steven Reid Williams, it’s completely lovely and displays perfectly the breathtaking liquid clarity of her voice.

She follows up with audience favourites My Name Is Trouble and Nitty Gritty, a rallying cry for everyone everywhere who isn’t a size eight. In the chorus she sounds just a little like Alanis Morissette, (which is considered a good thing in our house), and the song, which has made her the country music Meghan Trainor, deserves to be a huge hit. I feel positively guilty for not dancing with everyone else, but I resist the temptation. 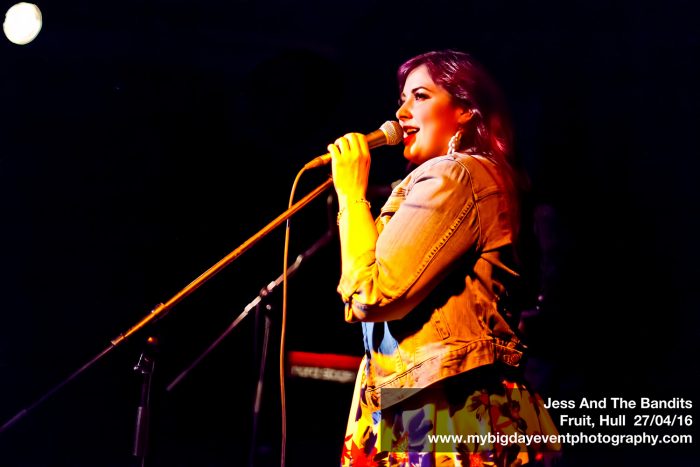 There are also some terrific covers including Bonnie Raitt’s Love Sneaking Up, (which she nails absolutely, leaving no room to doubt her blues credentials), The Dixie Chicks Some Days You Gotta Dance and an extraordinary reworking of Jimmy Webb’s Wichita Linesman, a song she played to considerable effect on the Wogan show, the first time many of us became aware of her work. It’s a brave thing to take on a beloved standard that’s so associated with another artist, but she makes it all her own, with a reading that concentrates on the love song elements of the lyric but also brings out the existentialism of the original.

Highlights? Well they all are really. There’s not a dud in the show, but Stop Me, a great piece of power pop that wouldn’t be out of place on a Disney soundtrack is an album track that I didn’t appreciate fully until I heard it at this show and What If, on which her voice rises from breathless whisper to full on country diva goddess in a matter of a few bars, is a revelation too. Kiss You Now is another that lights the place up, as does Wanted Man, with Clemmons clearly revelling in the chance to let her bad girl run free for a while. Her solo single, Single Tonight, is a similar vein, and it’s a great piece of Shania Twainish sexy country blues. I’m going to name every song on the set list soon. They’re all great.

So there you go – classic country with blues and pop sensibility to spare. I think I’m supposed to find fault with something, it’s traditional, but I’m not going to and if you see that they’re anywhere near you soon make sure you go see them.