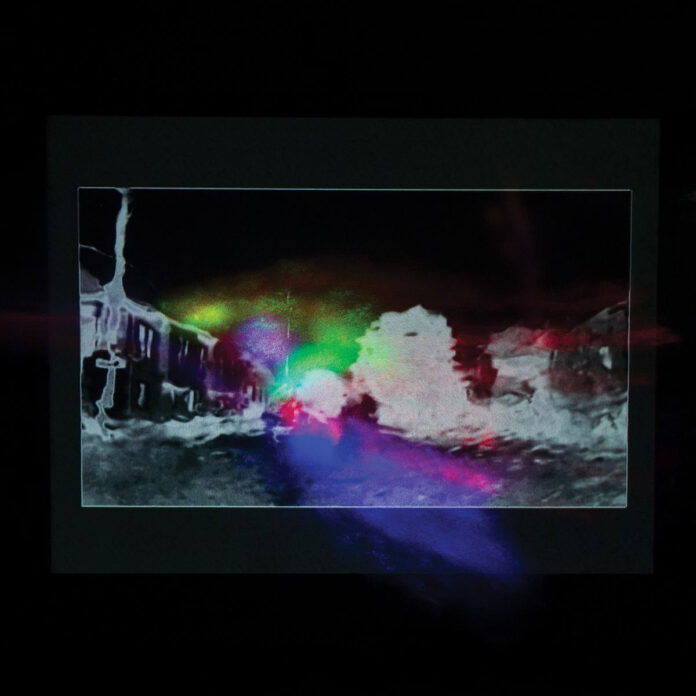 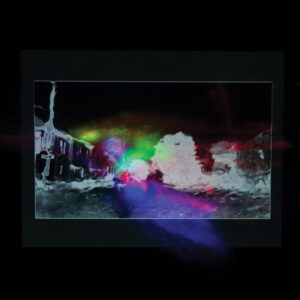 We live in fretful times, swollen with heavy portent. These are dark days and we almost expect the dreaded four horsemen to come crashing through our front doors any day now. Every newspaper headline brings more bad news, from pandemic to poverty, with Brexit for afters. And winter’s coming.

For those expecting something akin to Funeral, The Suburbs or even Everything Now, be warned. Despite a microscopically fleeting nod to the latter, this is nothing like the catalogue of banging, radio-friendly, unit-shifting anthems that the Canadian-based band have become famous for. Anyone familiar with Limn will have guessed that. Instead, we have the sound of the world collapsing in on itself.

Passerine Finale is not easy listening. Drone music invariably isn’t. I have seen the genre described previously as ambient’s evil scary twin and Passerine Finale does feel exactly like that. Melancholic and funereal, it is dominated by minimalistic, unsettling loops that swoop and sweep all before them.

The music feels dark, impenetrable, opaque. It would be inaccurate to describe the tracks as songs. They are more like a collection of experimental sounds. Passages of the album are quite disturbing in a similar way to the work of Krzysztof Penderecki. The recently deceased experimental composer was notable for his soundtrack work on The Shining, Wild at Heart and, most stunningly, his Threnody for the Victims of Hiroshima composition utilised to such harrowing effect by David Lynch in 2017’s Twin Peaks return. Anyone who saw that particular episode with scary woodsmen and the horror of Hiroshima will forever be haunted by the accompanying discordant noise spawned by the genius of the Polish composer. The second track on Passerine Finale, L_06, carries that same sense of drama and trepidation. It is quite frightening.

The soundtrack link is pertinent. As referred to in our announcement of the album’s release earlier this week, Gara has spent much time exploring visual art, improvising with video, lasers and oscilloscopes. He has also produced video work responsive to and informed by the material on Passerine Finale. And that makes sense to me. Listening to the music repeatedly, you can totally understand how it would be made complete by its correlation with visuals. Just as enjoyment of Philip Glass’s score for Koyaanisqatsi is magnified by seeing that complementary incredible imaginary on the big screen, you can envisage how the same could occur with Gara’s compositions.

That said, it still works perfectly well as a stand-alone aural experience. It is experimental and should be considered a bold and courageous piece of art. It’s just not going to be for everyone. It’s not dinner party music, nor is it music to stick on whilst getting ready for a big night out. Rather, this is a body of work that requires investment and will very much be appreciated at certain moments and in certain frames of mind.

It’s not all as unsettling as L_06. Whilst there is nothing that you would class as melodic on here, there are several moments of elegiac beauty. One example is the brooding title track. Another is the aptly named Ice Towers, which is a piece of glacial majesty. The stand out track however is the stunning Kelpie. This is a composition that creeps up on you before engulfing you in waves of noise. Towards the end, it descends again before introducing a line that is very reminiscent of the pan pipes on Everything Now. It’s the only nod to the day job.

One final thing to call out. I confess to being a bit of a packaging geek. The physical release for Passerine Finale doesn’t come out until October, but the photographs of it look stunning. The artwork was personally designed by Gara and he gets extra points in my book for taking the time and effort to make it look as good as it does. I look forward to seeing it up close and personal. Meantime, I shall continue to lose myself in the digital release.