Home Blogs Jekyll: A band sounding out all that is hiding underneath… 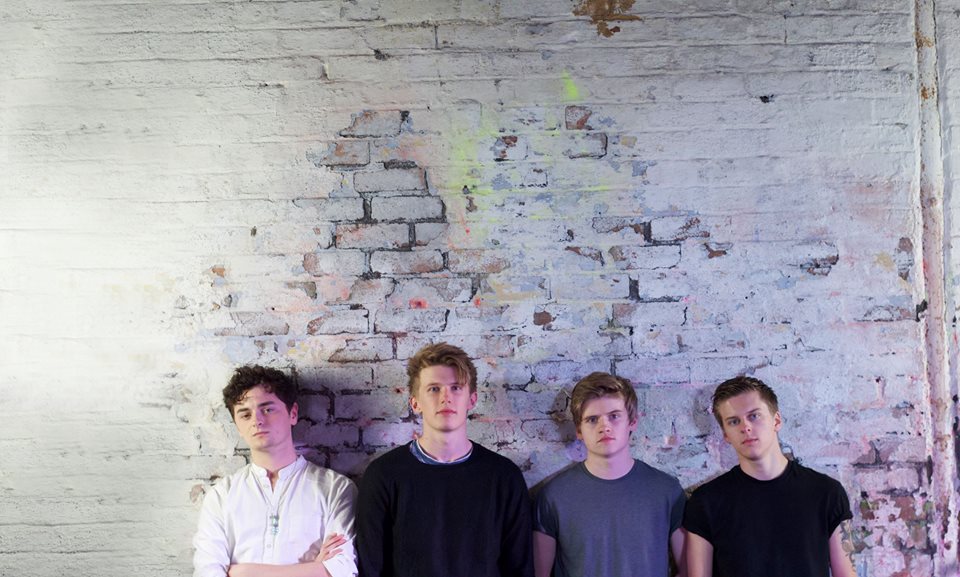 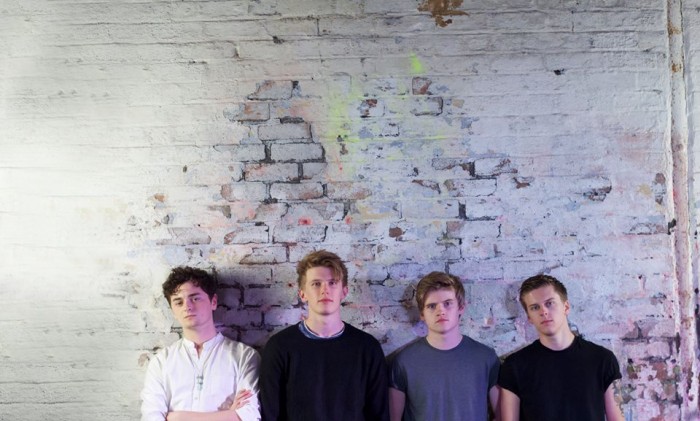 Jekyll serve up melodic melancholy for the modern day. If we consider ‘Jekyll’ as the famously divided character (i.e. Dr Jekyll), this is a band willing to uncover the darkness and show that we all have some unnerving qualities we hide/Hyde(!); something this Blackpool-based four piece manage without entering the realm of the depressing. With track titles such as ‘Cramp’ and ‘The Wounds We’ve Ignored’ they certainly do get intimately under the skin and explore those uncomfortable aspects of humanity, just like the character of ‘Jekyll’ illustrates. It’s a clever composition and I like the name, with the band itself made up of four friends; Joel Foster, Jonny Chatterton, Lewis Armistead and Liam Singleton.

Their ‘Wounds’ EP is their most recent work, released in December 2015 and bravely opening with ‘The Wounds We’ve Ignored’; a blend of musing guitars from Chatterton and Foster, topped with a sudden start of driving drums. Rather than typical teen indie, the sound of Jekyll seems to take those standard ‘indie’ scenarios – such as the male lover singing to a girl – and uncovers the unnerving, through alternative rock. They may be young men but they show clear maturity in making their own approach, strengthened by the fact that they’ve worked together for 3 years already. They are emotively in-tune;  for example, lyrics such as ‘Your eyes, make me want to see’ are simple and sung in a non-affronting way, yet suggest our capacities to become fixated on another. This is clever music which explores human hurt with a kind of catchiness. That there is an infectious hi-hat driven rhythm to a track uncovering ‘Wounds’ emphasizes how easily people may fall into being injured by their emotions. It isn’t just a case of young heartbreak; there are some dark impulses which draw us in and out of our relationships with each other – something Jekyll feel and reveal. 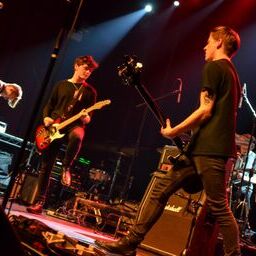 Forget half-sullen songs of love and loss; Jekyll instead use sound to strike out the senses. This ability to make an impression was clear also in the bands’ recent interview feature with Fiona Ledgard on ALL FM 96.9. The boys have been having an impact much further than Blackpool – keeping ready audiences in Manchester happy too, certainly coming a long way since they released their demos in mid 2014. Now there’s the exciting upcoming prospect of a live gig at the famous Mancunian venue Night & Day Café on the 12th April – this following on from featuring at The Blind Tiger in Wigan on 26th February and at The Engine Rooms in Skelmersdale on the 27th.

A notable feature of this band, and an interesting technique in itself, is the use of the opening bar of their tracks to create a mood slightly different than the rest of the song. Whilst ‘The Wounds We’ve Ignored’ opens with tentative guitar then contrasted with bold drums – Singleton’s signature skill – the following track ‘Cramp’ starts with what sound like bold bass pulses from Armistead and blistering electrics, rapidly topped by a guitar and drum ensemble. The effect this creates is one of a sudden immersion, showing us the split-sides to life, just like Jekyll does of Hyde. Hence these boys could be seen as a band exploring the uncomfortable and unnerving behind the human emotions. The sliding sounds and spiralling effects pull on influences of 19th century German Lieder; one of the key influences of this band who clearly don’t shy away from getting under the skin of cultural, as well as personal histories.

Melancholy worth moving to

‘Cramp’ is a brave effort to explore the underside of human relationships too. Rather than a love-struck loner, Foster’s voice sings out as an incensed individual, reflecting that ‘people show care in mysterious ways’. It’s a strange sensation; Jekyll’s music reveals those more intense and often unhealthy elements we know about relationships, yet so often go unspoken. Perhaps some of the lyrics lapse into the overtly-poetic, such as ‘Suckle on the breast’, though they are ambitious, at least. What these guys perhaps do not realise, is how welcome their approach is in itself – addressing the unnerving and making the melancholy worth moving to. They do not need to feel a need to ‘compensate’ through complex lyrics; though this will likely be addressed as they gain confidence. It’s their honest sound, actually facing life’s negatives, which is a welcome change from the many groups around trying to perfect the ironies (often attempted, rarely ever matched) of bands like The Smiths. Instead, Jekyll are unapologetically of our times, who are just as willing to credit contemporaries for the inspiration they provide. As the band told me ‘like the… infectious melodies and high-energy explosiveness of our favourite contemporary artists, our music is a melancholic and electrifying experience. Our music is most often likened to early Muse, Radiohead, Editors, Placebo and Biffy Clyro.’

The track ‘Unspoken’ shows their skill at using acoustic elements too, opening with gentle guitars and providing a much more stripped-back track than ‘The Wounds We’ve Ignored’ at the start of the EP. This could show the bands’ course in experimenting with the expression of emotion, and what I mentioned before is that this is unapologetic – rather than typical angst-laden indie sound or attempting to be cryptic. This is refreshing. What I really appreciate about Jekyll is their sensory honesty, sometimes resulting in some slightly over-empathetic lyrics, but ultimately alive. Take ‘Unspoken’ for example, the simplicity of ‘I want to hear, and see’ an example of lyrics at their best for this band’s kind of music; showing a growing realisation of what it is to live and love. It is… intense. A consistent quality throughout the EP is interspersed, fast-paced drumming which creates a driving effect; possibly meant to parallel the sensation of our emotions when we pay attention to them, especially when becoming attached to others.

Jekyll attach to the listener too because of what they explore so interestingly in the music; our ability to empathise. They’ve progressed a fair way even over the course of the year since their track ‘I Do What I Can’ went up on their SoundCloud’, with lyrics including ‘god forbid that you should see me in my underwear’. Unapologetic yes, but not necessarily very empathetic–  it’s an interesting insight though into how quickly this band is progressing. Jekyll’s modern output could be considered a better balance of lyrics, layered guitars and emotion, with some excellent brooding solos reminding me of the early work of Muse. When it comes to the ‘Wounds’ EP, they’ve managed to refine their sound for improved emotional honesty. In the final track ‘Othello’, the spiralling harmonies over hard-hitting concepts such as ‘guilt and regret’ seems so much more effective. At times they do fall into the tendency of overwrought lyrics; take slightly wordy-working of ‘maelstrom of lies’ earlier in the track – but I anticipate that this is something which will fade as they grow in confidence with their musical abilities. These guys do have the skill to send us  sound which explores the uncomfortable in a catchy way – so it’s important, going forwards that they move away from the need to lose themselves in lengthy lyrics. The rawness of sounds and aforementioned drum rhythms provide an iconic element to Jekyll’s work in itself. This deserves to be celebrated.

Their unique sound and active enthusiasm has seen Jekyll making waves across the North West too. This means a lot to the band, as they told me: “We are dedicated and passionate musicians, all of whom hail from the North West of England. We are so proud to have such a lively and diversified music scene with such a vast array of styles and genres. Couple this with the coolest venues and festivals and you can see how lucky we feel to be a part of it.”

They’ve had especially notable performances at the O2 Ritz in Manchester as well as at The Ferret in Preston, featured on BBC Radio Lancashire. That they also returned to their home-town of Blackpool to play-out a packed gig INSIDE HMV summarises well what I enjoy about this band; accessible, intimate music with a sense of place. Yes, Jekyll’s sound places its palms on your emotions and makes you feel. Hence why I can’t wait for what they’ve got to offer in 2016.

For more information on Jekyll you can visit their website: jekyllofficial.co.uk . They also have Facebook and Twitter, whilst you can also listen to their music on SoundCloud.

All words by Emily Oldfield, also on twitter as @EmilyvOldfield and has a website. More can writing by Emily at her Louder Than War author archive.