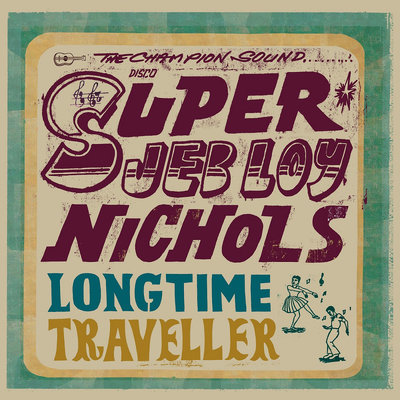 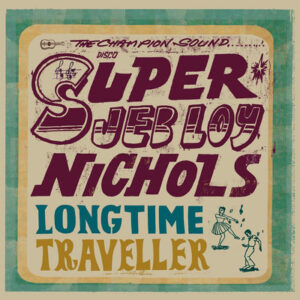 Originally released in Japan in 2010, Long Time Traveller is finally released in the UK. Containing tracks re-recorded from Jebs album Now Then and The October EP, and recorded and mixed by Adrian Sherwood, the track listing has been re-arranged with four of the tracks appearing on the cd version as a bonus listing.

Originally from America’s Midwest, Jeb arrived in London in 1981 looking for a sixteen-year-old Neneh Cherry whose family had lived close by in New York. Also at the squat where Neneh lived was Ari Up, ‘Junior’ Williams and Sherwood who recorded two tracks with Jeb almost straight away. Within eight months he had made London his home.

Now living in the Welsh Borders, he is a cult figure of Americana and a former member of alternative Country band The Fellow Travellers, and his interpretation of Country with a reggae and dub twist is absolutely sublime. It’s gorgeous, simple reggae with the clinical On-U sound and the dubs are so superbly subtle that they are nothing short of brilliant.

What is often thought of as a derisory genre is given a whole new twist with the dub element. Listening to the tracks on Long Time Traveller it becomes apparent that there is a connection between Country and Reggae that may often be ignored. Album opener To Be Rich (Should Be A Crime) not only contains a strong socialist commentary but also shows the link between the two music types is not far smaller than some may think. Some superb dub touches endorse the point.

Jeb’s voice is soft and pure; in many ways it can be compared to that of Martin Stephenson (or vice versa) complimenting the simple music beautifully. Each track is as delightful as the last and each one carries a hook and memorable chorus with those enchanting little Sherwood touches along the way.

Among the many album highlights come The Day You Came Over The Hill and Lonely King Of The Country, and the seven alternate mixes on the cd version (or download card if you get the vinyl edition) add yet another dimension to this very talented artist.