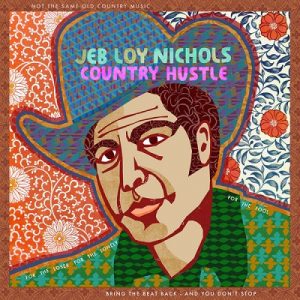 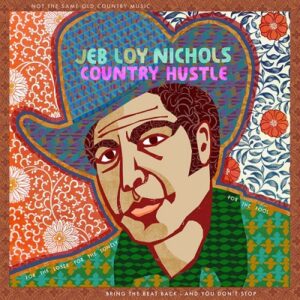 Is it Soul? Is it Country? Is it Hip-hop? No, it’s Jeb Loy Nichols with his new album Country Hustle combining genres of music that you never thought could be gelled together. Blues, jazz, funky backbeats are all here and somehow, just somehow Jeb manages to make it sound sublime.

His voice is subtle, gentle and enticing – go as far as to say he’s the closest we’ve ever come to the smooth angelic tones of Nat ‘King’ Cole, and that’s quite some statement. Interwoven with the simplest of melodies and the most addictive of choruses, he is the perfect songwriter.

There are hints of dub and club riffs too and his friendship with Adrian Sherwood is described by the On-U Sound main-man as brotherly. So what makes Nichols such a well-guarded secret? Who knows? Maybe the tag of ‘Country’ is off-putting but, it’s so far removed that you really wouldn’t notice.

Take album opener Come See Me, a blues tinged slip of a track with gorgeous guitar riff and ‘that’ voice as smooth as organic chicken soup and twice as tasty, it’s hard not to fall in love from the beginning.

A stripped back cover of the 1981 Luther Vandross dance delight Never Too Much leaves the listener with a hanging bottom jaw as the Wales based Missourian stamps his mark all over the song making it sound like one of his own. And that, is the secret of Jeb Loy Nicholls, he sounds like no-one else and no-one sound like him. He has an elegance like no other and he often exudes pure class.

That’s How We’re Living draws comparisons to Curtis Mayfield and even Marvin Gaye with its unavoidable toe-tapping rhythm and earworm chorus and, Regret has a James Brown riff subtly tucked away and a delicate funky drummer percussive line.

Album closer, Long Live The Loser starts with some absolutely gorgeous dub effects and continues to introduce reverb moments right through to the end. Till The Teardrops Stop has more of the same with added repeats of the infectiously catchy title.

Country Hustle is a gem of an album and a must listen for any fan of hip-hop, soul, funk, country – you get the message. Enjoy.