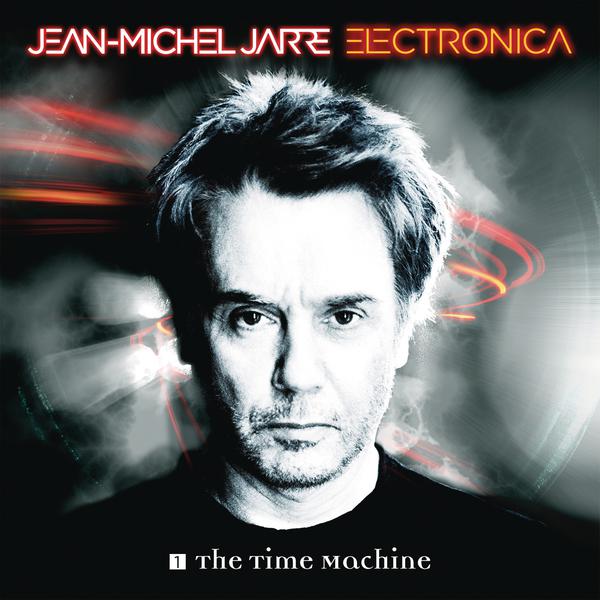 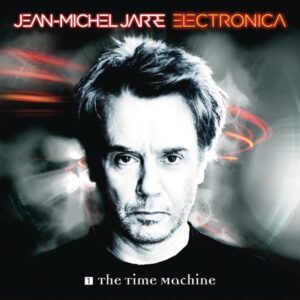 There can be few people over the age of twenty that have never heard at least part of a Jean-Michel Jarre track at some time or another. More than likely Oxygene Part IV (from his 1976 D.I.Y. album, Oxygene) or Eqiunoxe Part 5 (from Equinoxe) have featured at some point. Selling over 80 million albums over four decades and playing concerts in such diverse locations as Tiananmen Square, the Great Pyramids and even an audience for Pope John Paul II, his mark on music is indelible.

For his new project Electronica 1: The Time Machine (which will be followed by Electronica 2 in 2016) Jarre has composed tracks with which he has then travelled the continents to involve other artists who have been influenced by him over the last forty years, completing the circle of master and pupil. A staggering array of collaborators from the likes of Tangerine Dream to Pete Townshend, from Laurie Anderson to Vince Clarke all make appearances over the sixteen tracks on display.

What makes Jarre the revered artist that he is is simple. He uses melodies, simple melodies building and building crisp, clinical sounds until each track reaches a pinnacle. He creates hook-lines and choruses (when using a vocalist) which are instantly addictive and remain for some length of time. He is, in musical terms, a genius.

Album opener and title track works with Boys Noize (aka Alexander Ridha) the German producer and DJ. The result is classic Jarre with a rolling bassline and gripping sound which draws the listener in completely, creating the obsession to listen to the remainder of the collection.

Fellow countrymen Anthony Gonzalez (M83) creates Glory, a near anthemic soundtrack with limited vocals and a chant which will become the days earworm, and Air join on Close Your Eyes with their unmistakable sound and whilst the dreaded vocoder makes an appearance the track is sublime and calming.

Perhaps pride of place on the album goes to Vince Clarke on two tracks Automatic Parts 1 and 2. Clarke’s trademark sound is easy to identify, and the man who in many ways shaped the sound of the electronic 80s with Depeche Mode, Yazoo, The Assembly and Erasure works with one of his musical heroes and clearly relishes the opportunity. The tracks merge into one with Part 1 the prelude to Part 2 which sounds like something Jarre would have created in the 70s but with a modern twist.

The album isn’t perfect by any means, the highly anticipated track with Blackpool’s finest, Little Boots is poppy but little more. Musically it contains some interesting effects, but as a whole it sounds like a Eurovision entry and is a shame as Victoria is a fine fine talent who is criminally ignored.

The surprise of the album sees Pete Townshend contribute vocals to Travelator Pt 1 with the occasional guitar in the background. A high-powered steam roller of a track (one wonders where Part 2 is) with often angry sounding vocals turns out to be another album highlight and gives the album huge impact and a touch of aggression. Moby and Laurie Anderson too add their styles and both are simply distinguishable. The later of the two makes a track so outstanding and brilliant in Rely On Me that it almost demands a full album from the American experimentalist and Jarre after previous partnerships on 1984s Zoolook.

Not limiting himself to the world of popular music, Jean-Michel also performs with John Carpenter whose soundtracks for Halloween, Starman and cult classic Dark Star have become landmarks in their own right. Here they perform together on A Question Of Blood, a dramatic piece with heavy bass and percussion which leaves a lasting mark. Also here on the final track is Lang Lang, the Chinese concert pianist who takes the part of the water whilst Jarre becomes the locomotive on The Train & The River. Often chaotic, often seemingly witout direction it soon becomes apparent it is the work of a musical mastermind.

One of Jarre’s best albums? Probably.