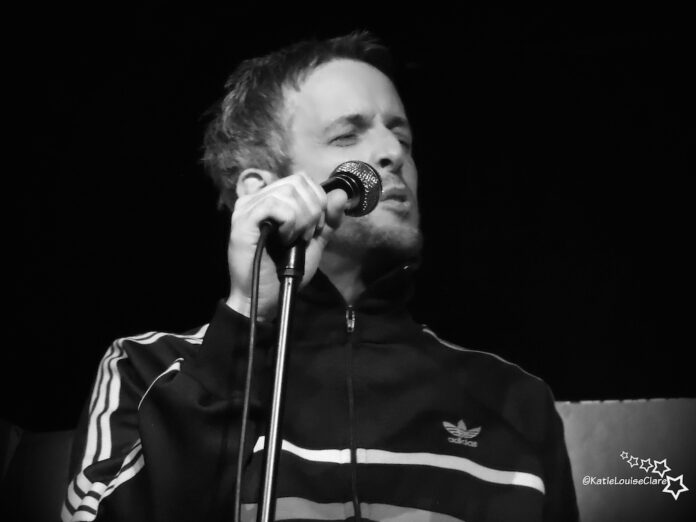 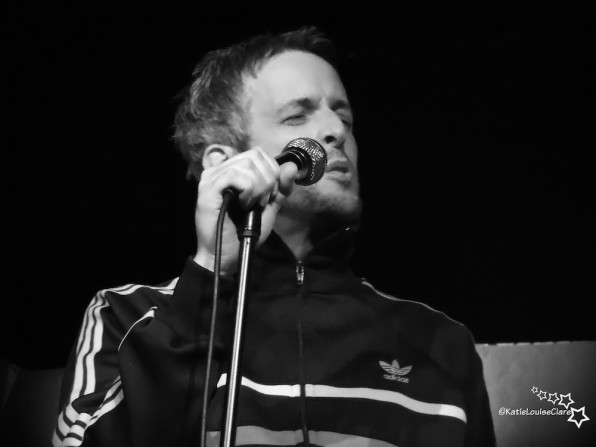 It seems that poetry doesn’t have them queueing up … as a rule: one of the great things about  poetry is that it tends to be really good at bending, rewriting and breaking rules. 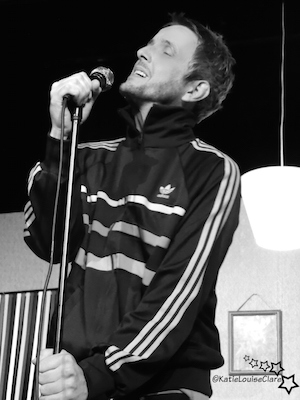 Salford Arts theatre, a self-funding community theatre, is a comfortable pleasant space with mismatched rocking chairs and stools and  more ale options than lager at the bar. Tonight it’s full of people – the show is sold out.

Using his native Salfordian intonation as rhythm JB Barrington takes everyday situations and objects as his tools of representation. He creates emotions and images with meanings that expand far outside the confines of the poem. Aided with personable explanations that border on stand up, JB takes on some of the more divisive of topics spinning ways to look at situations. For example claimant abusers

When your views are cast upon the ones

Who fall down on their luck

When your furrowed frown has you looking down

When you should be looking up

Up towards the ones that take the most away from you

And not towards the ones beneath   Who are simply making do.’ (Don’t Look Down)

Like Charles Baudelaire did 200 years ago JB takes the experience of life in an urban environment and gets creative in presenting the essence of what it is to be where you’re from in a given time be that through the cheap foreign holiday souvenirs of the 1970’s (Spanish Dolls) or ‘them scuffs and scrapes, those lucky escapes’ of growing up in the 1980’s (When The World Was Young (and so was I)). The imaginative display of poetic writing is music with unplayed melodies, the power in its flexibility of atmospheres: stimulating emotion, magnifying perspectives and prodding the conscience, although admittedly not always easy to sit through (social issues, economics, class and loss) it is entertaining.

JB’s next show will be at The Lantern Theater, Liverpool on March 25th March – he is also supporting Sleaford Mods at The Duchess, York on March 5th and FRüIT, Hull on March 26th.

Find out more about JB Barrington via his website, Facebook and current publication Woodchip Anaglypta And Nicotined Artex Ceilings.