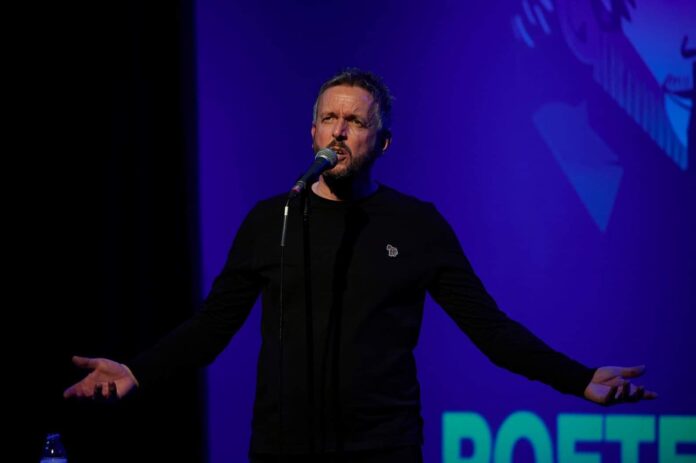 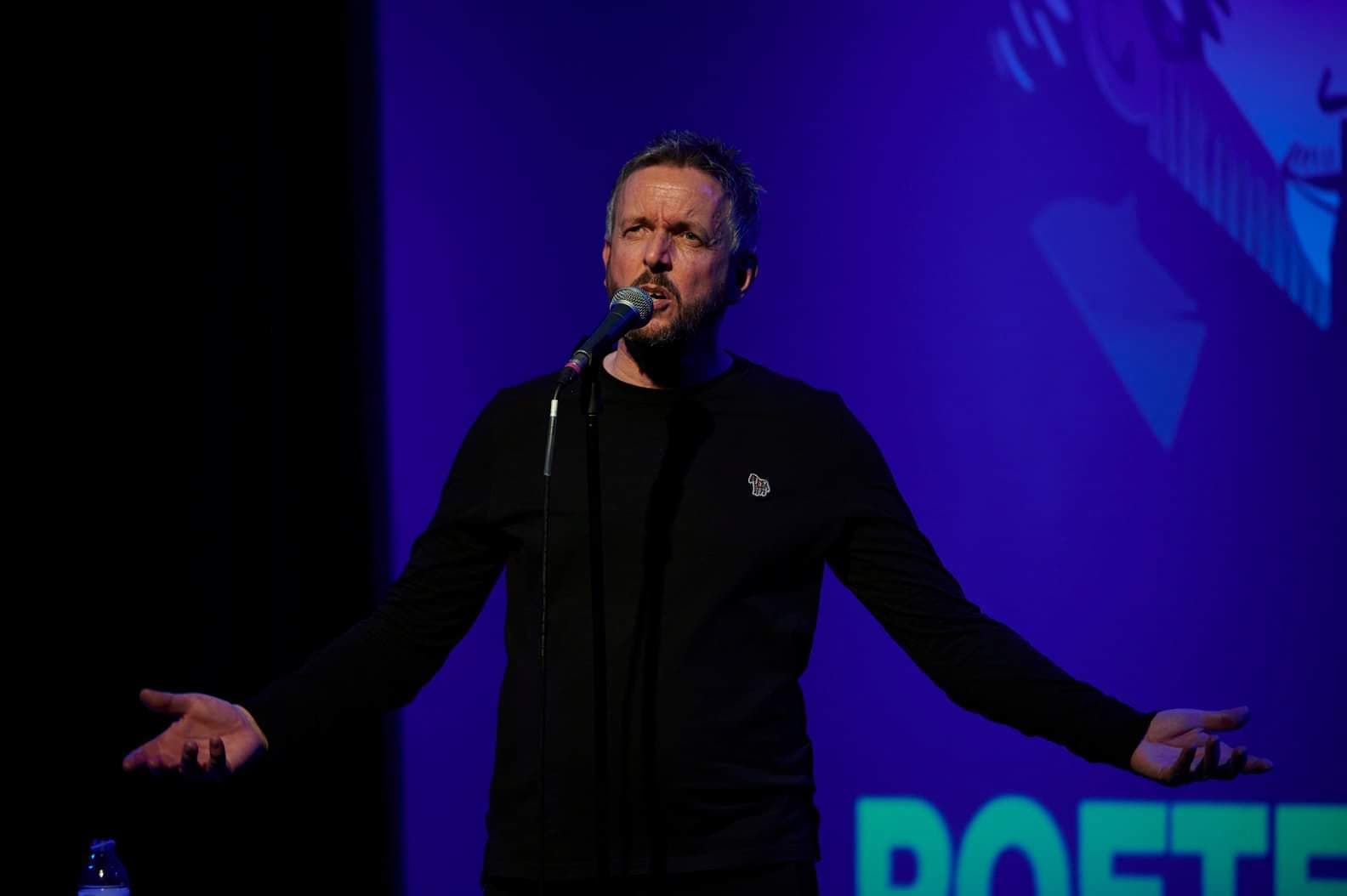 JB Barrington made a welcome return to his home turf of Salford with his new Showing Potential tour and his homecoming certainly didn’t disappoint. Carl Stanley reports for Louder Than War.

A packed Lowry is treated to a healthy serving of JB’s classic standards and some new  material spread over a set of more than two hours, interspersed with laughs courtesy of JB himself, and the affable Jim Burke whose likeable, unapologetic Glaswegian humour provides the perfect foil for both sessions.

Opening with the deliciously twisting You Had Me, JB draws on his experiences of childhood, adolescence and the here and now, veering off into the romantic, tragic and hilarious for the opening session which closes with the powerfully poignant First of the Ninth. There is a refreshing variety to JB’s delivery. The more light-hearted, nostalgic tales told in The Bingo Queue, The Blistering Sun and Things Me Mam Used To Say are interspersed with funny asides about the origins and inspirations that helped create them; involving the audience in a way few spoken word performers manage (or dare) to perfect. And the pace is seamlessly adjusted to accommodate the likes of She Holds His Hand where the auditorium remains just as connected in their silence as they were previously in their laughter. The hometown connection has led many to draw comparisons with the original Bard of Salford John Cooper Clarke, and spending two hours in the company of JB Barrington leaves you feeling this is a fair comparison. This is no suggestion of imitation however, it is a likeness borne out of the same energy and cutting wit that instantly captures his audience.

As JB readily admits on several occasions during his performance, his is not the kind of material you’re likely to hear on Radio Four, but it seems to suit The Lowry audience just fine – as I’m sure it will please the others on the rest of his tour. 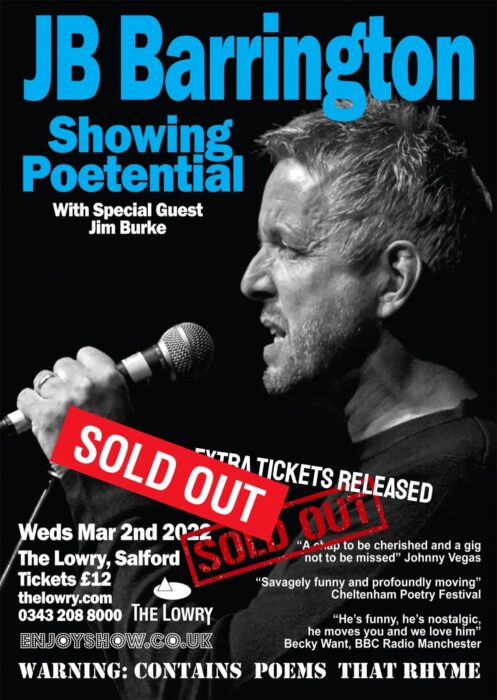 All words by Carl Stanley, see his archive here