Home Music Bands Jayne County: Leave My Pussy Alone – “I love Are You Being... 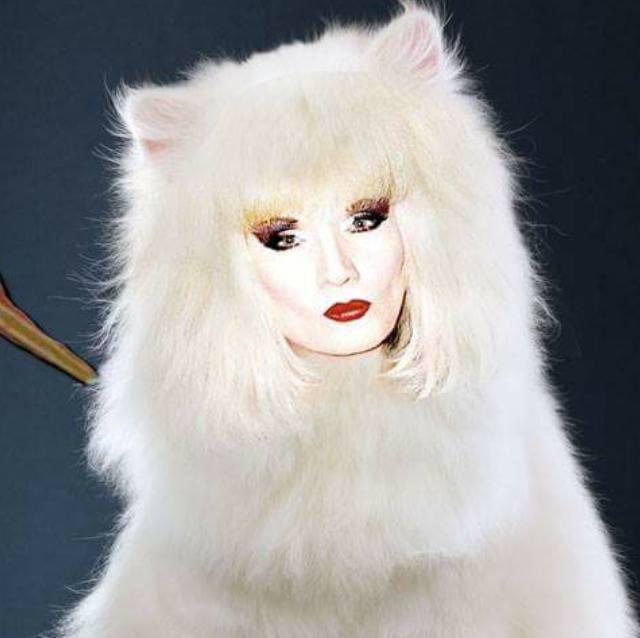 I love how the  tangled-world-wide-web of  social media means that sometimes you (meaning I) can chat to people who were heroes (or villains) when you were a kid…. Fantastic, stranger-than-fictional figures you could only read about in the music press……because you sure as hell couldn’t hear their records on the radio! – Like Jayne County -in the 1970’s Wayne County,  a New York City singer, DJ, scenester/character who seemed to be pursuing a career in Glam/Punk Rock outrage in order to pay for what, at that time was called ” a sex-change operation”.

Wayne has long since has been Jayne County -and is a true legend in rock mythology and gender-politics.  S/he was at Stonewall!  S/he was at Andy Warhols Factory with the Superstars that Lou Reed recounts in Walk On the Wild Side, S/he formed a band called Queen Elizabeth, had her ideas used by Bowie, formed the Backstreet Boys and the Electric Chairs and wrote one of punk rocks most ridiculous songs of purposeful outrage -‘Fuck Off’ (on the Blatantly Offensive EP.). Then there was the memorable appearance in Derek Jarmans ‘Jubilee’…

Jayne County is a total one-off. A pioneer of gender fluidity and a legendary rock’n’roll Queen. A proto-punk and a survivor. Her book ‘Man Enough To Be A Woman‘ is a brilliant biography -one of the best – full of scandal, honesty, bitching and name-dropping  but also a testament to her survival instinct and determination to be herself.  She takes no shit and doesn’t give a fuck …. and her songs and musical output have always been under-rated and over-looked.  The best UK compilation and newcomers guide is Cherry Reds Rock’n’Roll Cleopatra... )

And she is back..  As usual my interview technique goes awry.  I tend to do a few obituaries for Punk generation people as the years hurtle by.  The cynical public might think ‘Is she still alive???’

Well I ain’t dead yet honey and I’m always ready to go for another round!    Why would people think I’m dead?  I’m all over the internet. All they gotta do is check Facebook!

Anyway.  Leave My Pussy Alone  is out on download only at the moment, Vinyl soon, hopefully.  I run a cat house for unwanted cats and I got the video made. It’s more an old style music video I know, but it’s fun and has a good message.

It has a strong anti-Animal cruelty message ( no to experiments on animals, anti-Fur etc)

Well, yes especially toward CATS!  No experimenting on cats . Leave My Pussy Alone. I’m mixing the bad things in but with a touch of comedy so it didn’t turn people off.  It’s serious but with some light relief!

I had to ask – are you familiar with Mrs Slocombes Pussy?

Oh, Yes of course!  I love ‘Are You Being Served!’  If you type ‘Leave My Pussy Alone’  into YouTube you get a clip up right after mine and Jimi’s video.

Jimi LaLumia is a cult figure from New York Punk who fronted the band The Psychotic Frogs, infamous for their ‘Death To Disco’ single.  I asked him about the new song and working with Jayne:

Jayne and I have been aligned since 1973/74 when ‘Wayne” County was signed to Bowie’s MainMan management, and by 1977, I started a punk band with a name pulled from the County single “Max’s Kansas City 1976…  after all these years, finally getting to write song for Jayne and record it as a duet with her is the ultimate trip..

Chatting to Jayne about the State of the World in 2017 she came up with a couple of conclusions which seemed to me to sum up her unique worldview and things up perfectly:

Oh it’s Fucked Up Goo-ood!  Nothing can save us but Aliens!  And it’s the Solids that are fucking everything up!

I had to think about that last bit for a second….Jayne, the Queen of Gender-Fluidity… refers to us So-Called Normal heterosexuals as Solids!  I’ve never been so insulted in my life…

As the song says …  Pick on someone your own species!

All words by Ged Babey for Louder than War.

I have asked Jayne if she would  be so kind as to write or record an Alternative Queens Speech for Louder Than War for Christmas Day and … guess what?  She’s working on it baby!