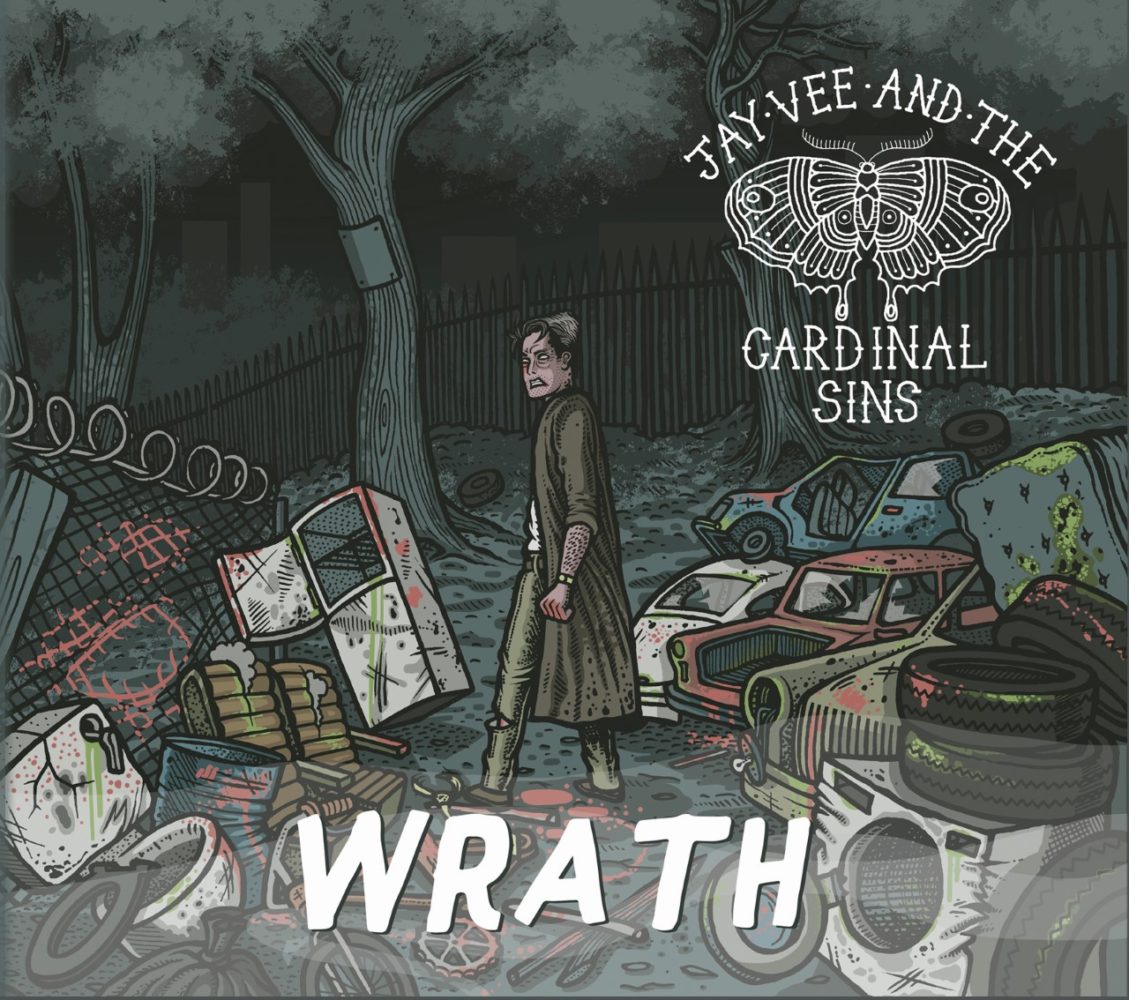 JAY VEE AND THE CARDINAL SINS 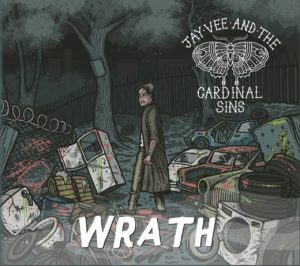 London’s Jay Vee and The Cardinal Sins release their first EP, a collection of scuzzy rockabilly punk that draws heavily on their heroes. Louder Than War’s Nathan Whittle checks it out.

Hailing from the gutters of London’s punk rock scene, Jay Vee And The Cardinal Sins deal in downright dirty rock ‘n’ roll. They kick off this EP with the blistering attack of MTV. It riots along and drags you straight into their world, full of guttural screams and distorted guitar cascades that provide brief respite to the full on assault. They nicely employ the Stooges-style “found one note on the piano and I’m gonna use it!” in homage to one of their clear influences.

Looking back to the glory days of punk is the order of the day on Wrath. Beneath Your Feet sounds just like Bad Religion covering the Dead Kennedys, complete with occasional Biafra vocal inflections over a pounding rhythm that does not let up. Bitch In A Ditch sees the band adding a bit more breathing space into the aural offensive and would not be out of place in a Slaves set. The vocals jet between a whisper, a croon, a snarl, and a scream, sometimes in what feels like the same word. The solo rips the song apart midway through, dropping back to bring a focus on the jabbing organ that sits back in the song, before it explodes once again.

Their self-styled idea of being the Chris Issaks of punk is clearest on Got. Sounding like a more stripped back Rocket From The Crypt, it’s a rock ‘n’ roll crooner over riffing guitars and a rolling bassline, but that Kennedy’s influence is never far from the surface. Even when they rise in harmonies the disguised sweetness is quickly broken in a distorted fury.

The ideas are definitely there, but a wider variation in the dynamic of the sound between songs wouldn’t go amiss, especially when they expand their idea to a full LP. But for now Wrath is a solid debut EP and one that the band will hopefully build on further in the future.

Listen to MTV below: