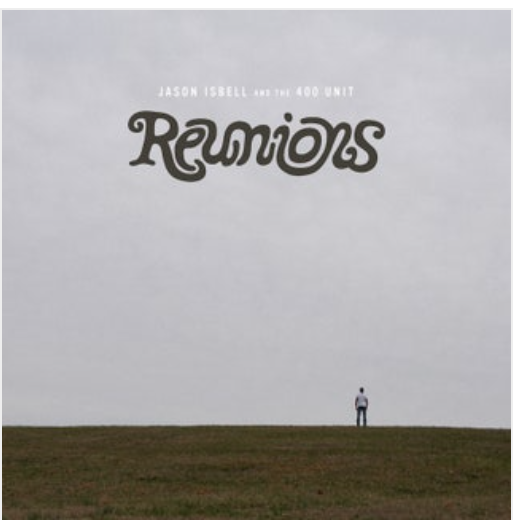 Jason Isbell and the 400 Unit

Labelled as “the songwriter’s songwriter” and nominated by word of mouth as one of the best songwriters around, Alabama-born Jason Isbell returns with his band The 400 Unit for their new album, Reunions.

The LP follows a quiet stint for Isbell and his band after not releasing anything under this name since 2007 and touches upon Isbell’s eight years of sobriety and experiences of fatherhood.

Thrusting us into Reunions is opening track ‘What’ve I Done to Help’. The song reflects a classic Isbell sound with a tasteful slap back that hugs his vocals exquisitely well, as I find is often the case with a truly authentic voice. Amongst David Crosby on backing vocals, Isbell’s wife Amanda Shires’ violin playing beckons the sadness and seems to answer his rhetorical questions with sweeping echoes as Isbell’s seemingly effortless lyrics fit beautifully amongst his melancholic bread and butter chord progressions.

However, throughout following tracks such as ‘Over Seas’, Isbell has adopted a mildly annoying habit of including somewhat distasteful guitar solos which leave the mental image of Noel Gallagher in a Stetson, lacking in consitancy and not holding a candle to the rest of the album’s beauty. Regardless, the heartbreaking climax of the record is found in track ‘Saint Peter’s Autograph’. With the guitars cooling down momentarily and treating us to a tickling tremolo, this song acts as proof that this is some of his best song writing to date. Verily, it’s an apologetic love song with gentle ecclesiastical references (not uncommon in the Americana scene). We are even gifted with a small injection of energy in the form of slide guitars and sizzling symbols towards the end.

The album proves a classic of our own time. The power and fine distinction of Jason Isbell and The 400 Unit is well and truly back with a triumphant and seamless collection of songs.