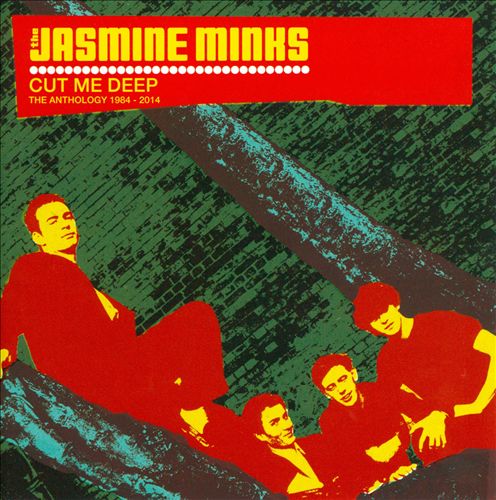 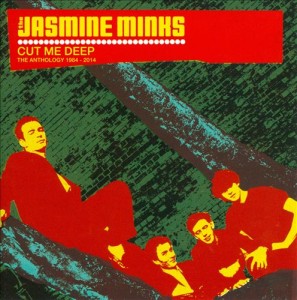 First signings to the iconic Creation Records – Jasmine Minks – are captured on this 2-disc career-spanning compilation showing that they’ve not only stood the test of time, but proved inspirational and influential. Arash Torabi sets the record straight.

The story of Creation Records is never-ending, but there’s no better place to start than with its very first signings and one of the label’s finest and most underrated bands, the much-loved (albeit by too few people) Jasmine Minks.

It’s hard to picture it now but the very same label that shot Oasis into superstardom started life as an entirely different beast, and the polar opposite of what it became later. Before it was associated with stadium rock and daytime radio, Creation was an underground label with a distinct sound and identity: the 1960s seen through the eyes of punk and post-punk. It was art, but not arty. Sure, the bands on Creation’s pre-chart years, The Loft, (pre-Screamadelica) Primal Scream, Felt, The Revolving Paint Dream and Biff Bang Pow! all had their own individual styles, yet somehow it all slotted together perfectly. But even then, there were elements that set Jasmine Minks apart from the rest of their label-mates. They weren’t as image-conscious as Primal Scream, they sang with soul and passion and their early records show a harder edge and their musicianship put them in a different class.

This 2-disc set opens with their debut single, the punk-funk stomp of Think! On this remastered version, Think! really kicks some major arse and Martin Keena’s rolling and sliding bass has got to be the best bass part on a Creation record ever. THIS should be remembered as classic Creation, and not fucking Wonderwall.

The magic of their early singles and b-sides such as What’s Happening, Work For Nothing and Where The Traffic Goes shines just as brightly now as it did 30 years ago, and these records make it blatantly obvious that Tom Reid is seriously underrated as a drummer. The set continues with their debut mini LP, the short-but-classic 1 2 3 4 5 6 7, All Good Preachers Go To Heaven, included here in its entirety as is the rest of the band’s (complete) Creation Records output, plus selected songs from what came after.

Check out the breathtaking Cold Heart with its simplistic guitar lines, lazy, hazy feel and luscious call-and-response vocals. The song was originally recorded for All Good Preachers but instead found itself as the centrepiece of their self-titled first album proper, on which the songwriting talents of Jim Shepherd and Adam Sanderson really smack you in the teeth. Sanderson sadly left the band soon after its release and so Creation released Sunset, the compilation album (which could easily be seen as an album in its own right) that pieces together singles and b-sides that are too good to be left off a long-player, in a similar way to Hatful Of Hollow or Magical Mystery Tour.

On the third (or second full-length) album, Another Age, the band (despite losing Sanderson) created a true masterpiece. Jim Shepherd’s guitar style is more on the side of rock & roll, his voice has a richer tone and the organ plays a larger part in filling in the sound. Tom Reid shows his vocal talent as well as his skilfull drumming, on Time For You.

By the time of their last Creation album (Scratch The Surface, 1989) Jasmine Minks were at odds with what was going on in the so-called indie world. These days it matters less what style or image you have, seeing as everything’s going on all at once. If they’d released Scratch The Surface now, maybe it wouldn’t have disappeared the way it did. Having said that, on Take they more than likely set the blueprint for The Charlatans’ career.

The last song on disc 2 brings everything up to date with the band’s reunion song, the wonderful Christine, featuring the original line-up. It’s also the first new song to feature both Jim Shepherd and Adam Sanderson, since the latter left.

The liner notes by Michael White (the King of the Indie Re-issue sleeve-note) are superbly written, fascinating and informative. In the accompanying artwork and pictures, an ’80s gig flyer shows Happy Mondays supporting The Jasmine Minks, and not the other way around!

Anthology shows a band that sounds as fresh as ever and along with their original Creation buddies their style has been kept alive and current. Check out the countless bands on labels such as Slumberland Records or Fortuna POP for further evidence.

More info and to buy a copy hit up Cherry Red’s website.