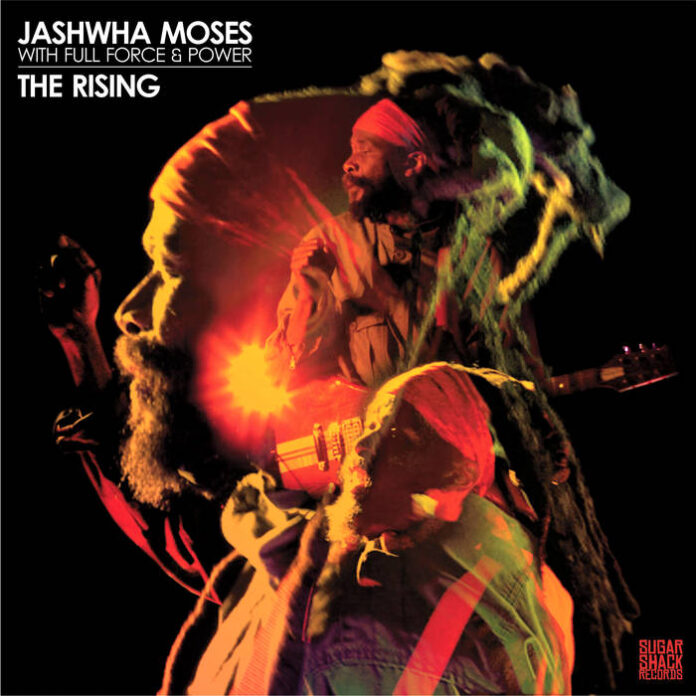 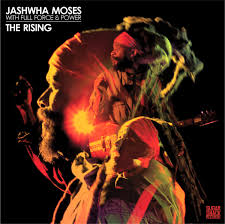 Bristol based reggae artist Jashwha Moses took over 35 years to craft 2013’s debut album ‘No War on Earth’. Since releasing his first single back in the late 1970s, Moses has gone on a journey considering his roots and his music. Louder Than War’s Clive K Hammond looks at his second release ‘The Rising’.

Running throughout the crux of each of ‘The Rising’s recordings is the ceaseless roots reggae allure that make his tracks immediately recognisable; the group chants, the off-beat shuffles, the earnest messages all body his compositions in such a way that it feels like you have experienced them before. ‘Power Crazy People’ – a reincarnation from the singer’s 2013 debut album – was captured live as was ‘Jah Time Has Come’ – a darkened piece commenting on how ‘Jah’ (the Rastafarin word for god) would react to the anxiety of our contemporary world. It contains towering scores of echoing vocals and – much like any 70s Marley – is wired in an instant within the memory. The album’s opener ‘What A Situation’ began this Moses routine; the idyllic murmurs of Moses – a temper containing aspects of harsh Marvin Gaye, Ben Drews and the unwound temperament of Peter Tosh – soaring above the jerking grooves below.

But it also began the album’s natural provocative narratives. “Contamination of the land, destruction of the green planet, pollution of the seven seas, eradication of life you see,” takes the defeatist attitude of society, but in part due to the sun-touched impressions the track evoked, it buoyantly shifted the gloom. ‘I Believe’ – generating a hushed ambience through the twisting acoustic patterns, an 80s love affair blossoms as crunching guitars explode and the sequenced horns motion the track to become a beacon of relaxation – at first explores ardour; however lines like “I woke up this morning, to the sound of distant guns, and I get the feeling, judgement day has come” challenged this notion.

In Moses’ heart however lies a musician advocating for rebellion and egalitarianism. ‘Power of People’ – another rebirth of ‘Power Crazy People’, its touched with sound-bites of extempore piano and rising patterns of Queen coloured backing cries – called for wars to be stopped; its melodies juxtaposing the severity of the musings. ‘Do Not Weep (A Meditation)’ – crushing within the softer backing of Moses’ Full Force and Power entourage, the bass dictates the rhythm allowing soloists to reawaken the restless setting – examined rising cost of life.

‘The Free Bird’ illustrates exactly why Moses is as highly regarded within the Bristolian roots scene. The bullish utterances encouraging new episodes of existence and is warped slightly within its dotted electric piano. It moulds itself perfectly within this collection.

His inaugural release may have taken over 30 years; but this follow-up doesn’t feel rushed. It’s a quintessential release that fuses current issues with glances back to the time when he first came about upon the scene. It’s almost as though no time has passed whatsoever.