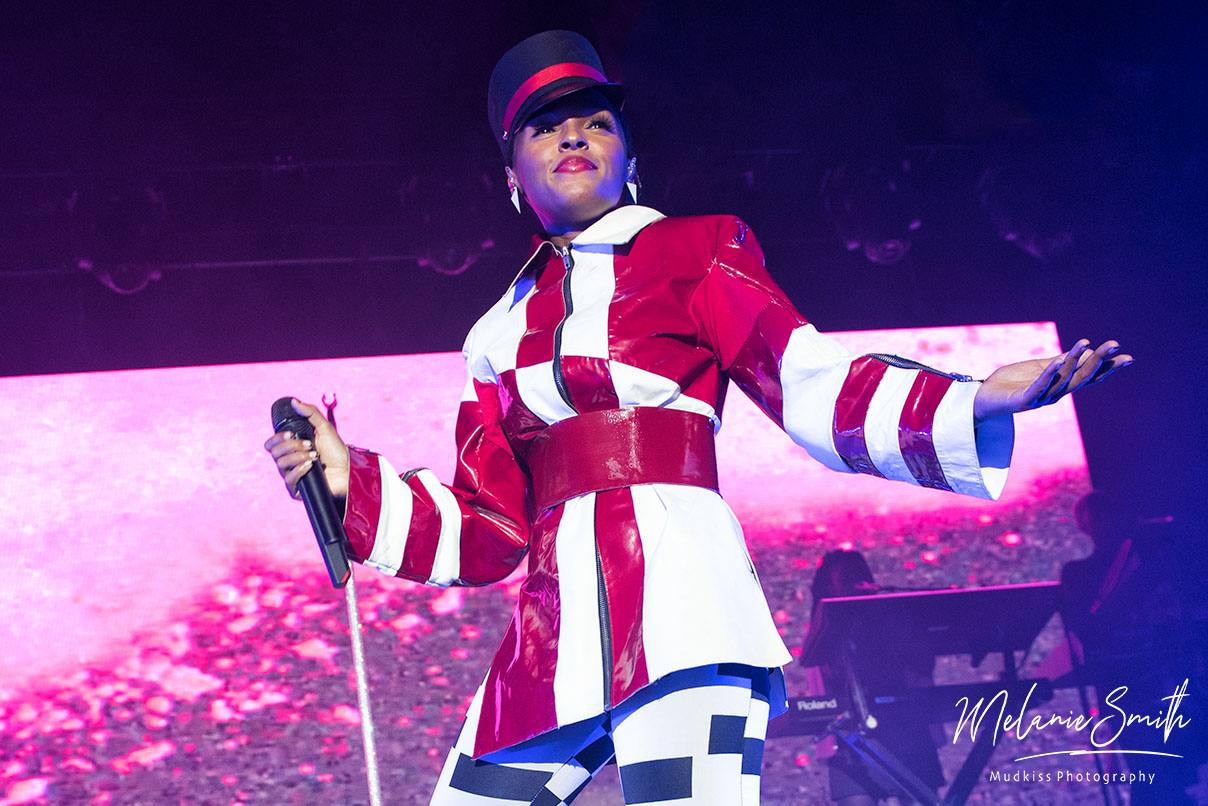 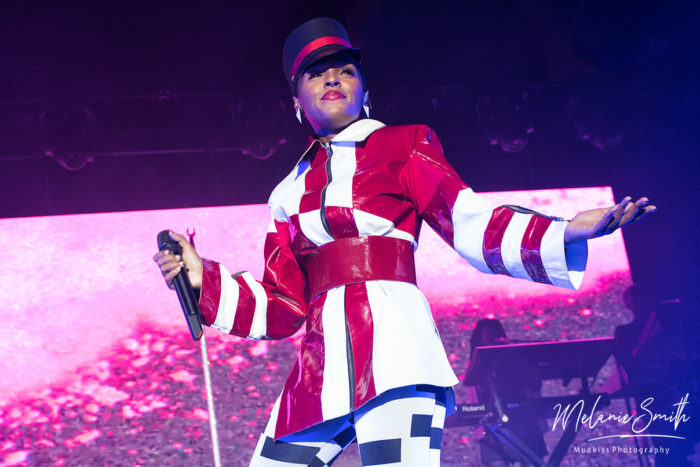 Lee Ashworth ventures down to Castlefield on the opening night of Manchester International Festival to see Janelle Monae perform off the back of her highly acclaimed Glastonbury slot.

The Manchester skies are in a changeable mood, steeling a familiar grey carapace over Castlefield Bowl as Janelle Monae appears on the stage to Richard Strauss’ Also Sprach Zarathustra, otherwise known as the Space Odyssey soundtrack.

Monae is the latest artist in a pantheon of performers to showcase material here during Manchester International Festival with previous years bearing witness to some incredible sets from Bjork and Arcade Fire.

Bjork’s heartfelt and mysterious musical yearning, restlessly experimental and abstract, had the power to transport the audience somewhere else entirely. The Arcade Fire debuted tracks from Everything Now, casting a critical eye over the consumerism of which we are all a part and bonding with Mancunians still in the aftermath of a bombing.

Janelle Monae continues this tradition and connects with the crowd tonight from the off, introducing us to the ‘dirty computer experience’. Heavy spots of rain fall before it passes over. The skies darken then brighten and the temperature fluctuates. But Monae is riven with conviction. She glides across the stage and she owns it. She steps and stomps, she sings, she raps, she is emphatic. The music is somehow channeled through her. 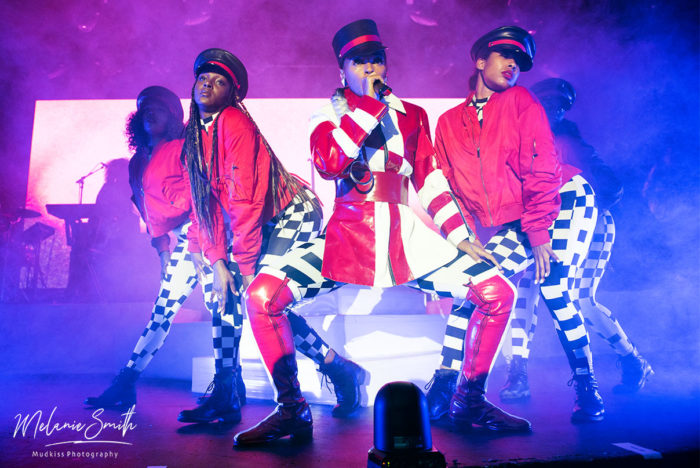 Janelle Monae is dirty and proud. She is tired of Republicans telling her how to feel. Janelle Monae, through her songs and through her words between them, is entwined in a dialogue of solidarity and emancipation with her audience. Her audience is with her, predominantly female, racially diverse and notably young. There is dancing. There are placards. There is dancing, smiling and beneath these gloomy grey skies – beneath the one gloomy grey sky that extends beyond Manchester above us all – there is joy.

Beyond her incredible talents as a musician and dancer, Monae was born to perform. The performance tonight is split into four ‘acts’ and an encore which sees Monae down into the audience itself.

Throughout the acts she performs Screwed and Django Jane before taking to her throne for QUEEN and then Electric Lady. Make Me Feel is perhaps the pinnacle of the show, building on an extended solo dance routine silhouetted up on the podium.

And then it’s not long before the audience themselves are up on stage… and then Monae herself is in the audience.

There is something quantum about Janelle Monae, amongst the dancers, on stage and in the crowd, blink and she appears to be somewhere else or in several places at once. She shrinks the distance between herself and her crowd while somehow maintaining that charismatic star quality. 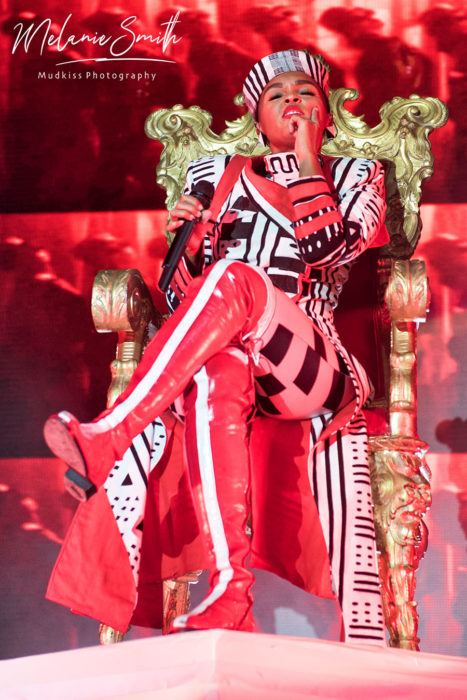 Photos by Melanie Smith (taken on Janelle’s last show in Manchester). More work by Mel on Louder Than War can be found at her author’s archive. You can find her on Facebook and Twitter. Photography portfolio can be found here