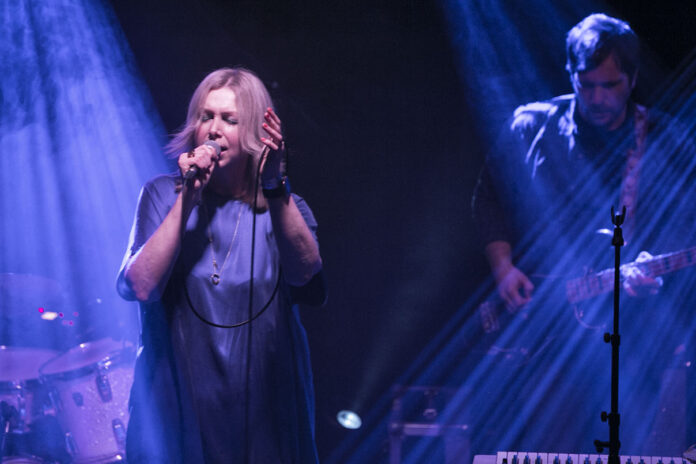 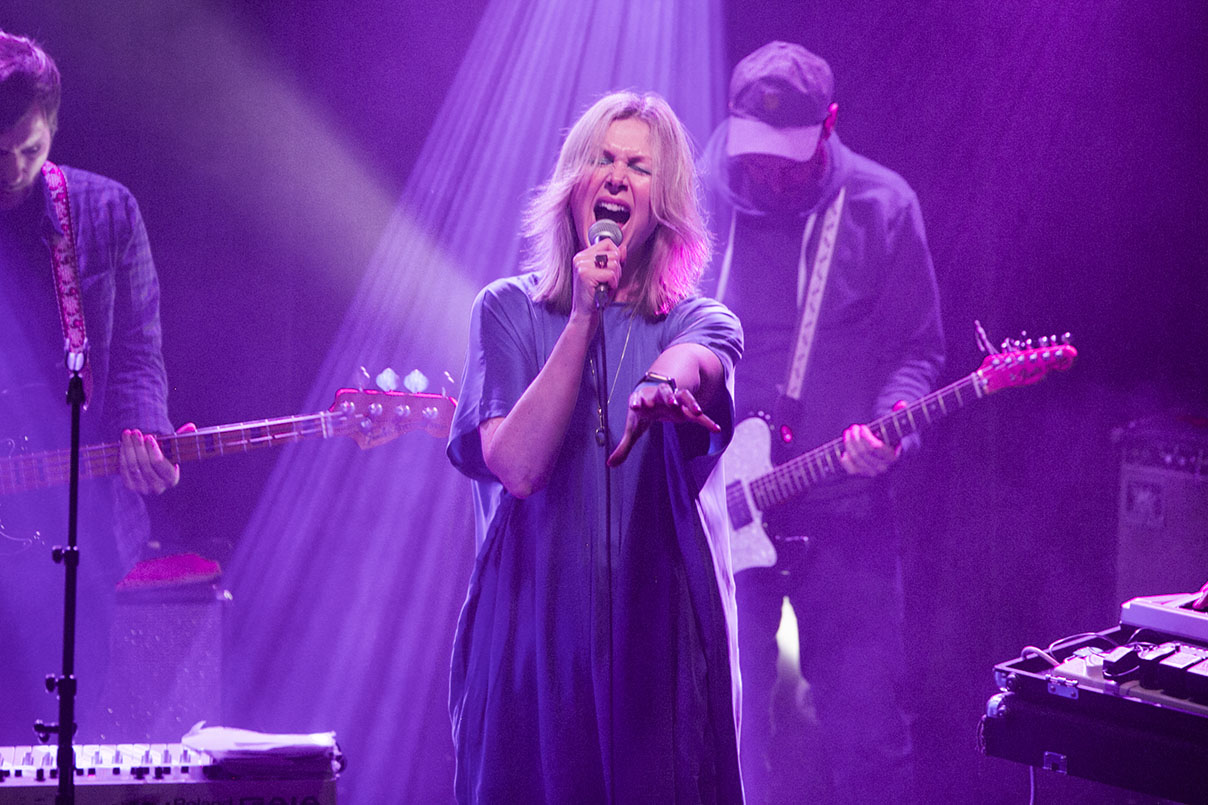 The unsung queen of electronica finishes her UK tour with a crowd-pleasing career-spanning set.

Tonight Jane Weaver fronts a red hot four-piece band who switch effortlessly from her older guitar-led tunes to the squelchy electronics of her most recent record Flock, which won her much love from the critics.

Weaver has been around for a long time, since her days in folkatronic pioneers Misty Dixon and as a solo artist. She’s proved to be a remarkably consistent songwriter, taking a trippy journey through a rich back catalogue, opening with the punchy Pyramid Schemes from the new record.

Her flowing kaftan and sliver boots are perfect for the psychedelic meanderings of Heartlow, as she channels more than a little of Grace Slick. Weaver is not much of a talker, letting the music speak for itself, but she is a really demonstrative performer, throwing out big gestures to the keyboard swirls of The Revolution of Super Visions.

Stage of Phases is an old-fashioned seventies stomper as if Slade added some keyboards to their chartbusters before Weaver switches to the dreamy synth-pop of Slow Motion. 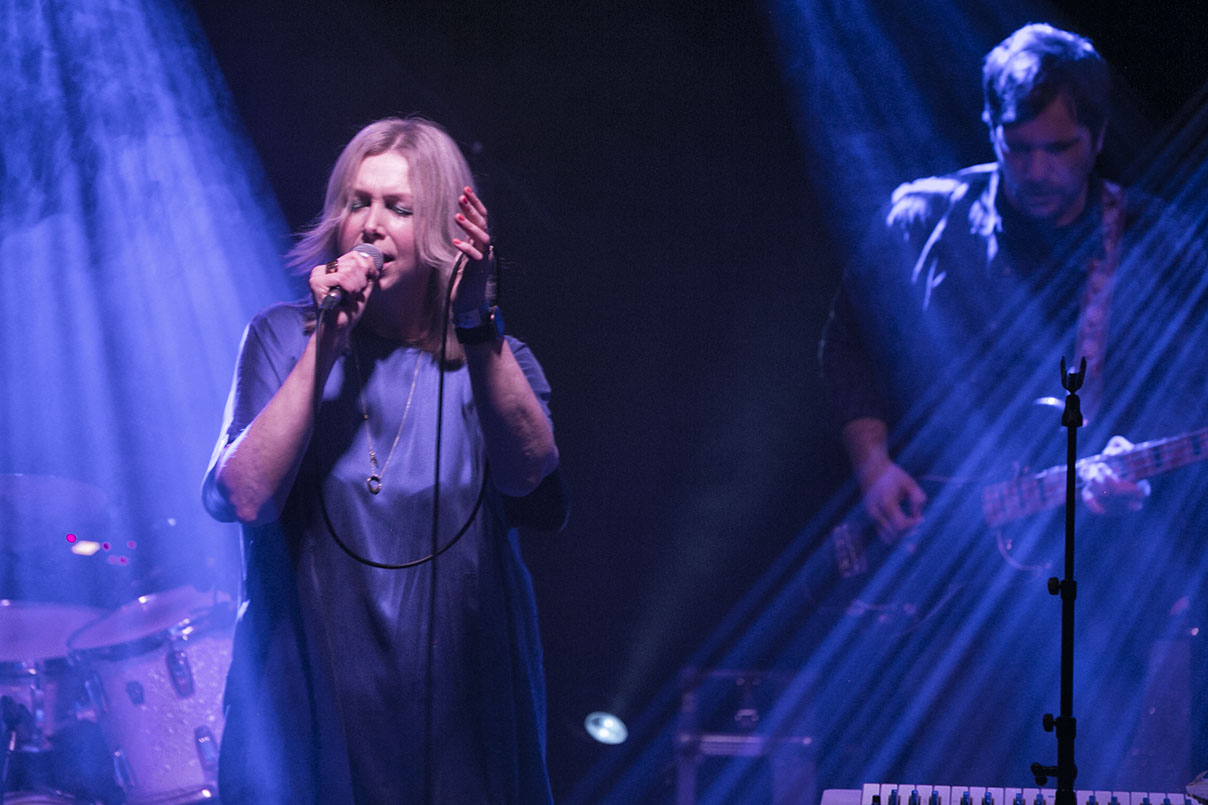 Weaver also proves she is a really good singer, taking a wander around the stage hitting the big notes on the title track of Flock despite this being the end of a short UK tour. The title track of her sixth album Golden Globe is described as a ‘golden oldie’ so is a bit more guitar-driven, before the guitarist pops onto a keyboard to beef up Solarised.

Weaver introduces Modern Kosmology from her 2017 album as being used as incidental music in the smash-hit TV show Killing Eve as arch-villain Villanelle enjoys a meal.

The recent single Sunset Dreams and the bouncy I Need A Connection offers the crowd a chance for a bit of mum and dad dancing to an artist right at the top of her game.