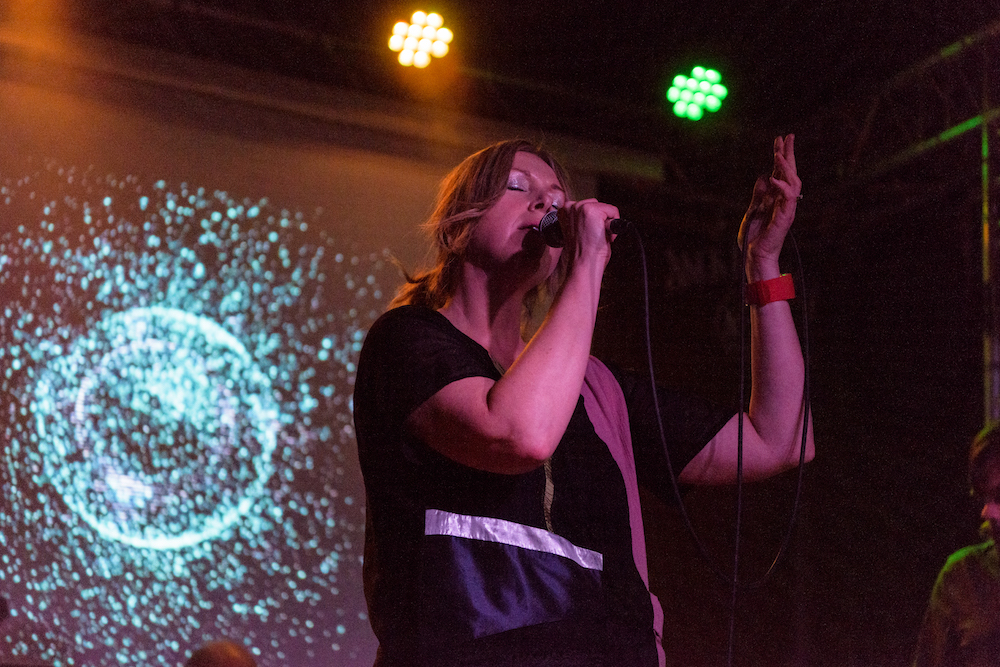 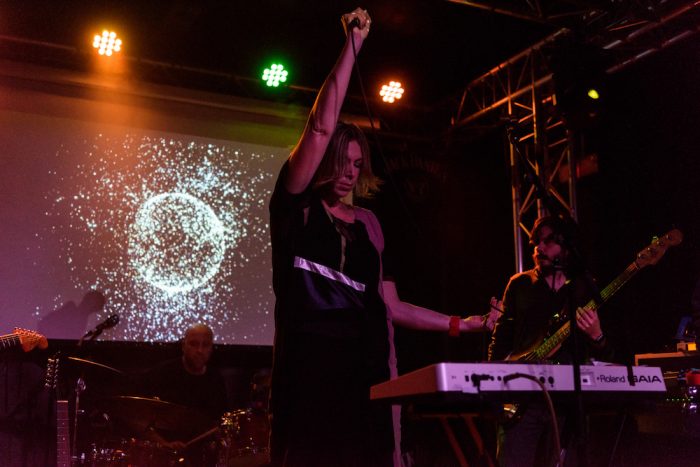 An eclectic ride through an expansive musical landscape as Jane Weaver proves why Modern Kosmology is one of the albums of the year.

Having released one of the best albums of the year so far, Jane Weaver has finally set out on tour in support of Modern Kosmology. She has consistently forged her way with an eclectic mix of psychedelia and folk, coupled with the odd anomaly from time to time. Tonight opening the show though are Britain, having recently signed to Heavenly Records there is a rightful buzz around the duo.

However, their set falls flat of expectations, the pair stand almost lifeless on stage, appearing to go through the motions. Each song morphs into the next despite an audible pause, the lack of variation became quite tiresome the whining vocal never abating. It’s a real disappointment, had there been some variety or at least deviation from one synth present then this may have changed things up a bit.

Fortunately, the same cannot be said for Jane Weaver who struts on to the stage and opens with the brilliant H>A>K, her set moves effortlessly through such a wide variety of genres and styles. Swirling synths vibrant guitars underpinning the majority of her songs, the early part of her set is dominated by a plethora of tracks from Modern Kosmology all of which foster an eclectic sound.

Mission Desire is the first deviation from her new record, and arguably the stand out track from The Silver Globe. The passionate vocals underpinned by a particularly vivid soundscape of synths and guitar. At this point the set changes up into more of a disco atmosphere with The Architect getting everyone dancing, as she quickly capitalises and compounds this atmosphere with The Electric Mountain and The Lightning Back.

Moving up the gears, Weaver builds to an exciting crescendo of the quirky Don’t Take My Soul followed by the cinematic I Need A Connection. There really couldn’t be a better way for her to finish the main set, this huge sprawling track is truly captivating. You cannot help but be drawn in, returning for an encore of Argent it compounds this brilliant set.

Tonight Jane Weaver took everyone on a journey through a truly vast and varied musical landscape, there were no great peaks and troughs instead a steady build up to an exceptional ending. You really cannot fault her tonight and it also proved why Modern Kosmology is one of the best albums of the year.

~
Jane Weaver can be found online here janeweavermusic.com. She is also on Facebook and tweets as @JaneLWeaver.