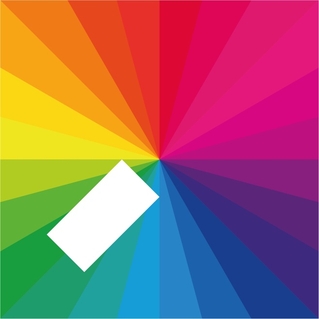 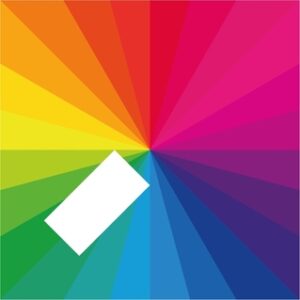 Throughout his career, Jamie xx has managed to forge a sound that is at once introspective yet also upbeat. Through his and his fellow xx member’s work, they have created a sound that merges indie ideals to a club culture aesthetic which has not been so well executed since the days of Club Classics Vol 2, Screamadelica, and Protection. The only real comparison in these recent times would be James Blake who has also managed to weld torch songs to beats in devastating fashion. As a producer he is part of a new breed which includes other sonic visionaries as Four Tet, Caribou, and Jon Hopkins who all make what could be termed “mature” electronica but also connects with people from all age groups.

In Colours is Jamie’s first full-length proper LP and has been in gestation for a while with pieces of the music spanning over a decade, but after the rest of the band agreed that what he was making would suit a solo project (both Romy and Oliver appear here so there is no need to start worrying that this signals a band breakup) he finally managed to finish the work and the result is, In Colour.

In Colours is a warm, richly textured album that has the capacity to reach deep within. The production throughout is magnificent, as the entire album manages to finely balance light and shade allowing each their moment where they can breathe and stand center stage.

Opener, Gosh you are all probably aware of by now. Its sunshine, strutting dub was released a while back and it was used excellently as the opening track from the, quite frankly, exceptional mix that Jamie did with Four Tet for R1’s Essential Mix.

Gosh is a fine example of an electronic producer using classic strong structure to create something new with intro, build, middle eight and outro all used efficiently. It is in fact the middle section that is the most rewarding as the bass takes a slight back seat to an uplifting synth pattern that holds as strong as any guitar riff. Gosh plays like a love letter to club culture and to all of those still out there every weekend enjoying this most diverse and exciting of genre.

Follower, Sleep Sound, feels instantly familiar and is where you get the first real feel of “this is a  Jamie xx song”. Steel drums twitter around before we are introduced to an incessant beat that speeds and slows, rises then flows. A dance-floor filler, Sleep Sound is pure sunshine and euphoria. A calypso for the heart, the mind, the body and the soul.

Romy makes the first of her two appearances on the album with the house styles of SeeSaw, a song that harks back to the glory days of Everything But The Girl. A sure-fire hit at festivals, this should carry its own sunshine cream, sunglasses, wellies, and backache. It will be played on the BBC coverage of Glastonbury I guarantee it.

Obvs then twists us back into a more lurching frame of mind, and it’s not a song that displays much to warm to at first as it sounds like Jamie xx by-numbers but as we get a some layered harmonies and vocals, Obvs becomes far more interesting. This is sure to be the albums “grower” and one that many will gravitate to more after the singles have had their time in spotlight.

Luckily, Hold Tight steps up dragging us kicking and screaming into the world of alt-house. Hold Tight is a strong contender for the best thing here as it skuttles along bringing you with it and it is a song that manages to capture the glory days of acid-house whilst never once being regressive. A fine balance between there then/here/now.

Now we are back on track, Loud Places (featuring Romy) takes us even further into the heavens. Anyone who’s heard this on the radio will be aware of its charms as it is an extremely emotive piece of music that carries a smile to plant on your lips. Utterly infectious, Loud Places is bottled joy but one that carries a sense of melancholy…isn’t all great pop music like that???

Unfortunately, what goes up must come down and we are sent hurtling to earth with the frankly appalling, I Know  There’s Going To Be Good Times which features the “talents” of Young Thug and Popcaan. There may be those out there that will decry this section of the review and point out that I “just don’t get it” but let’s be honest about things. This is sub-par dancehall with misogyny running through its veins. Yes, the steel drums are present and the song could be seen as a way of Jamie proving that he can do whatever he wants but the effect is SO jarring and so unsettling that it leaves a bitter taste in the mouth. Like a gang of kids giggling at the back of the class because they made the teacher say bum.

Thank the heavens then for The Rest Is Noise which hand claps us back into a world where we can feel safe and excited again. TRIN is on the surface a basic electronica number but once you investigate further you find a myriad of instrumentation and subtleties that add to the richness of sound and a general sense of abandon.

In Colours then marches us home on the soul-strut vibes of Girls which, whilst catchy and something that sounds like a great platform for Roots Maunva to rhyme over, it never quite feels together enough and is somewhat messy. Decent, but not the one to recommend.

In Colours is, like its creator, a display case for club culture and plays like a sonnet to the scene. It has lots of moments that will excite many and features some of the finest work Jamie has ever created but unfortunately it doesn’t quite sit well as a whole. At least two of the tracks here would have been suited elsewhere whilst one should never have seen the light of day period.

A game of two halves…

Listen to this. New single from Leeds based producer and composer Straight Girl

November 29, 2020 0
Leeds label Come Play With Me have shared the second single from their upcoming vinyl singles club...
Read more

Listen to this. New single from Leeds based producer and composer...