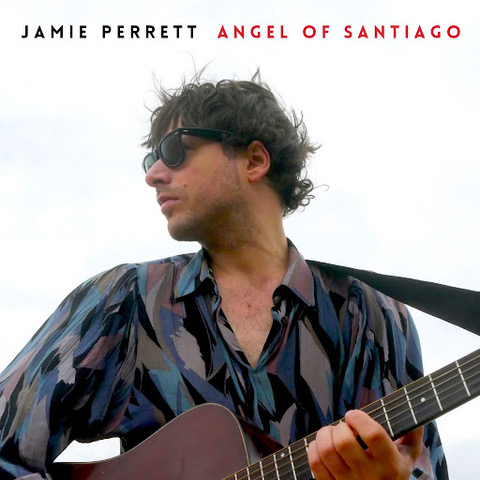 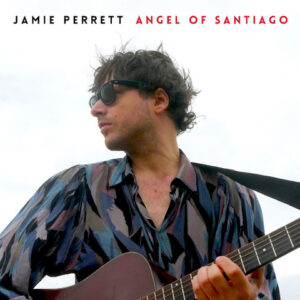 Available here on all streaming services

Following on from his debut solo single, Masquerade Of Love, earlier this year, Jamie Perrett has released a new single Angel Of Santiago. And if you need any further proof that Jamie is now forging his own distinguished path from within this very talented musical family then surely this is it.

With all that we have experienced over the past 18 months or so which has inevitably influenced so much of the music that has emerged during this period, it is certainly refreshing that Jamie Perrett has found a different angle to inspire his second solo single. And who would have thought it would be a precarious car journey Jamie experienced travelling between Barcelona and Nimes that would fuel the narrative at a time when we have all travelled so little.

As Jamie describes, this love song was “written in tribute to an under-appreciated guardian angel” as “Angel Of Santiago chronicles the mistakes and pitfalls to be encountered along the perilous journey of life”. Whilst this has something in common with his earlier single which explored the contrasts and extremes that are experienced through love, it has a completely different feel musically, whilst still retaining a really upbeat feel overall.

Alongside the semi-autobiographical video, the song features fractured rhythm guitar parts which build into instantly memorable and uplifting chorus lines. And all of this is underpinned by a solid back line and the rich, deep and mellow vocal tones of Jamie which convey such a sense of warmth and sincerity in the story line. Once again, Jamie provides guitars, synth and percussion, Jake Woodward is on drums, Peter Perrett Jnr is on bass and Jenny Maxwell provides the chiming backing vocals 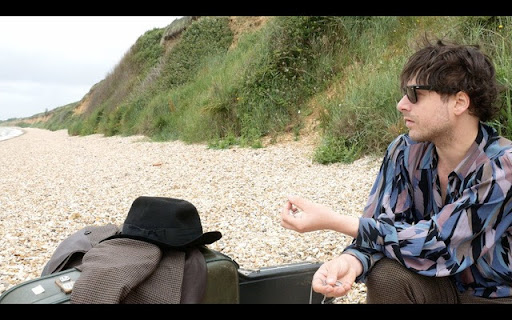 And as this new musical journey gathers further momentum, its great to hear that we can expect another single from Jamie Perrett very soon and a further release before the end of the year. And with the distinct possibility of a debut album release in the early part of 2022 these are exciting times indeed within the Perrett family. So watch this space…