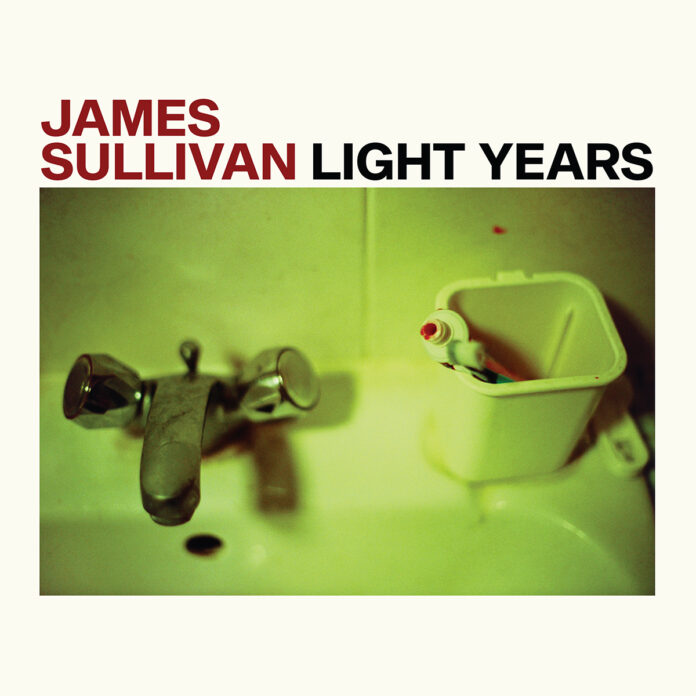 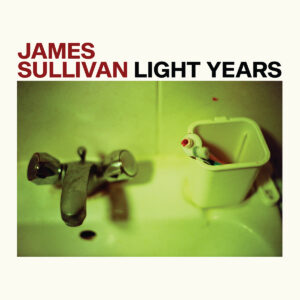 James Sullivan emerges from the confines of lockdown and his more familiar band surroundings with his debut solo album, Light Years. And as James fully embraces the challenges of rising up against the frustrations and personal anguish of these difficult times, Ian Corbridge absorbs the eclectic mix of songs and musical styles within the album which proves to be a triumph for that good old DIY punk ethic.

James Sullivan began his recording career as the lead guitar player for the British indie pop band Ripchord which, whilst this early incarnation didn’t last very long, did whet his appetite for the future. This was quickly followed by a successful spell in the ‘apocalypse pop’ group Suspect Parts which then led onto current power pop trio More Kicks. More Kicks afforded James the opportunity to step more into the limelight as sole singer and writer in the band and their debut album in 2019 garnered much critical acclaim with its catchy and melodic songs. But then, with a second album written, the pandemic totally stifled any further bold moves to step more into the mainstream.

With touring in a complete hiatus and James hitting a particularly rough patch late in 2020, James sought an outlet to vent his frustrations and deal with his personal challenges. As James himself describes, “In that car crash of a year, November seemed to hit particularly hard. I decided to set myself the challenge of writing one song every day for ten days and then record them all myself in my little analog setup at home in North London.” And so this journey of discovery started, fuelled by pure instinct, not confined by any musical barriers and with a narrative influenced by a personal journal he was documenting through these difficult times.

This narrative is perfectly encapsulated in opening song Lea Bridge which blends saturated guitars, a swirling organ and a spoken word account of a fatigued bike journey across town, all of which was captured on video by taping his phone to the front of his bike. With a Velvet Underground rhythm and Modern Lovers vibe underpinning the matter of fact and almost charming vocal delivery, this is very much a song of our times which should resonate with so many of us as we now search for that new normal.

It Won’t Do You Harm pulls things right back with an acoustic guitar driven Beatlesque love ballad which is both endearing and full of melodious charm. And in complete contrast, both You Kept My Heart Alive and Guided take us down the shoe-gazing route with a driving rhythm and fuzzed up guitars whilst Getaway has a more psychedelic groove about it. Notably You Kept My Heart Alive also features the soaring violin of Maria Maclenhan and More Kicks bandmate Kris Hood on drums.

This is already shaping up to be an album full of surprises and unpredictability and just to prove the point we then get a wistful piano led ballad Up To My Neck Again, full of resignation to his current plight, with Nicola Halova guesting on the reverb-soaked piano. This leads on to Totally Bored, maybe the ultimate lockdown statement, which roars with saturated and overblown guitars before skipping without missing a beat to the laid-back acoustic ballad Man In Black.

The ever changing soundscapes march on through the pulsing beats of Get Our Sense Away, the captivating acoustic beauty of Cruel Trick To Play, and the more 60’s vibe of In The End which somehow reminded me of Manfred Mann’s Mighty Quinn. Album closer Then I Met You is an unusual take on this song by The Proclaimers which at least does offer more of a sense of salvation.

Whilst Light Years is an album which includes many of the musical reference points which informed James Sullivan’s previous song writing and experiences in bands, his natural instinct and clear desire to extend his musical boundaries shine through in a truly authentic way. With a classic DIY punk ethic underpinning the whole concept, born as it is from the frustrations most of us will have experienced through lockdown, the album is an eclectic mix of songs full of captivating charm which provide us with an effective snap-shot of a time in which many of us faced challenges of our own.

With its endlessly catchy melodies, raw garage punk, classic pop and heartfelt ballads all careering into one another, Light Years ultimately proves to be a highly relatable storyboard which could in time be considered a classic period piece.

You can buy Light Years here.