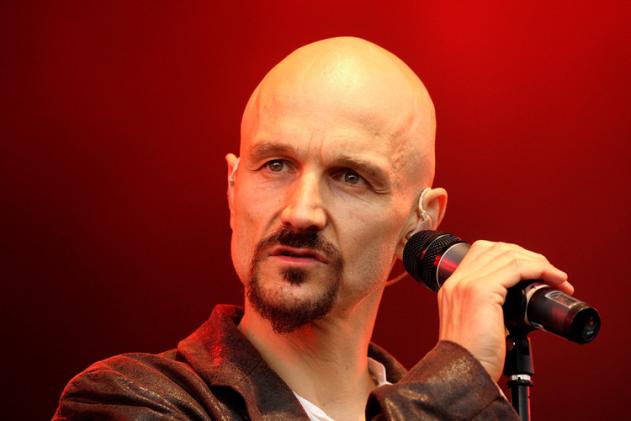 There is some great stuff here from Tim Booth when he was recently interviewed by Digital Spy website.

He was initially asked about Pop Idol…

“I honestly have never sat through it,” Booth said. “Obviously you can’t help over 10 or 15 years to walk into a room and see 10 minutes of it and go, ‘What the f**k is this?’ Also, I can see the adverse effect it’s had on the media’s presentation of music.

“Punk brought in a slightly puritanical morality of not selling out. What happened in the early ’90s was the media sold out. Q would put Spice Girls on the front cover and Robbie Williams. I’m not knocking them, but those magazines used to be about music, and just about music.

“From then on it became about money, and how much you sell. Rather than music. There’s a crossover with that, obviously, but it shouldn’t just be about money and celebrity. It became that when Spice Girls got some kudos.

“It was like, ‘You’re f**king kidding me!’ This stuff was manipulated, created to con the pocket money out of young girls, essentially, and it worked. But it shouldn’t get mythologised by the music press, just because it’s successful. And by star-hungry journalists.”

He added: “I’ve seen that happen and Pop Idol entrenched that, and all of those things. And I do see Simon Cowell as some kind of Antichrist, in that way. In the kind of Bill Hicks. You’ve been sent to the planet to lower the standards, so that people will forget that they are actually angels and divine beings. They kind of lose themselves in this s**t. So, yes, I can rant like that now and again!”

When Martin Gore’s recent comments about Cowell were brought up, Booth said: “I would never say that he should be shot. I would just say that he’s probably the Antichrist in my world. To me it’s like what Rupert Murdoch did to this country and what Dennis Potter spoke out about. It’s about dumbing down and lowering the standards.

Booth continued: “I went last night to see a band in Brighton called Soccer 96. Two guys, drummer and keyboard player, and it was genius. It was their own language. It was raw as f**k. There wasn’t a chorus to rub together. It was fantastic. Tiny audience, but people going, ‘Whoah’. You’re watching a band who’s going to influence a lot of people.

“They may not become huge – if they stay as bloody minded as they are. But genius. Then you watch Alabama Shakes and you go, ‘F**king hell’. That’s the music we want. That’s the music that feeds us and touches our souls.”

The singer added of the media: “The NME particularly sold out. It had to launch a new band to be the great band every two years and then destroy them after two years… it just became clearly an editorial conceit and a strategy to try and keep people interested. Aimed at manipulation.”

James box set The Gathering Sound is out now.