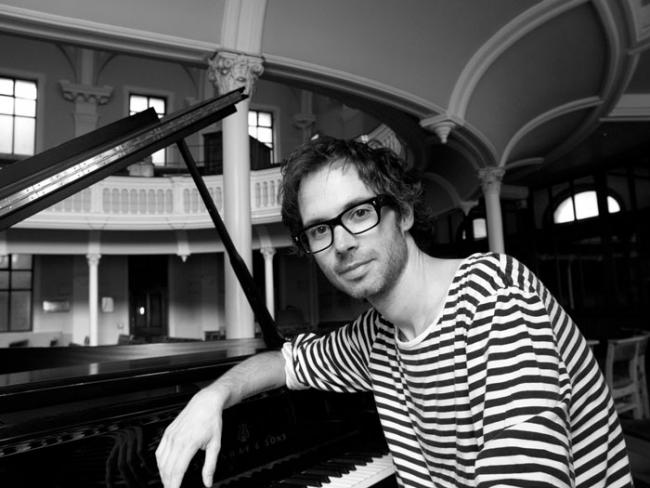 Once in a while a musician comes along who blows away the cobwebs. Who changes the direction of their given musical style, widening understanding and access. A musician who allows those who might have previously ignored it, to embrace it’s intellectual and emotional resonance. James Rhodes is one of those musicians.

Chance often plays a part in these sorts of stories. A moment in which life offers you a way forward. An opportunity that helps galvanise possibility, potential and talent, touching the hearts of many, when you merely thought it would soothe your own. But even these moments are fraught with pitfalls and problems that test one’s resilience to the point of breaking.

As a child, James had no formal musical education until the age of 14, when he began to study under the guidance of a talented and successful pianist called Colin Stone. Unfortunately, due to mental health issues James was unable to take up the scholarship and quit playing piano for 10 years.

James’s moment came when in 2003 he had a chance meeting with Franco Panozzo, agent to Russian concert pianist virtuoso Grigori Sokolov, led to a brief tutorage by the renowned piano teacher Edoardo Strabbioli in Verona, Italy.

It wasn’t until 2008, when James met his present manager Denis Blais, that he began to record his playing onto CD, and began creating a distinctive and unique approach to how a classical repertoire should be presented. This passionate, unconventional approach has won him a massive following, both in and outside of classical circles all over the world.

Classical concerts are normally very formal affairs for smart people in smart clothes in very smart surroundings. Not this one. James stands relaxed at the front of the stage, dressed very casually, talking to the audience about the composer and the piece he is about to play. Describing the man behind the music, the circumstances in which it was written, the known state of mind that composer was in when he wrote it. Ultimately, drawing us all in closer to the work. It’s so refreshing in the classical music world to have this insight. So refreshing.

I don’t listen to much classical music, but over the last few years I have been listening to a lot more. More than I ever expected. James’s passion for these composers; Chopin, Bach and especially Rachmaninov (whose name he has tattooed on his arm in Russian) is infectious, and from looking at the incredibly eclectic crowd here tonight, they feel it too.

Since I am seated up on the balcony with only a view of him playing if I raise from my seat, I sit back and close my eyes, letting the music wash over me. Emotions come brimming to the top as he plays, the notes fall like raindrops during the lighter moments and come down like jackhammers when the piece he is playing requires it. It’s a masterclass of feeling and hearing that opens the heart making it possible for us to hear more and feel more. Tears well in my eyes and looking around, I am not the only one.

To be moved by music for me is what the experience is all about. Whether it’s heavy (metal) or light (acoustic), music is speaking to you. Telling a story, drawing you into its narrative, to understand something else outside of yourself but also relating to your own experiences. Thank God for people like James who can build those bridges and leave us spellbound.

His memoir, ‘Instrumental’ has just been released after a lengthy legal battle and should be on every music lovers “must read” list.