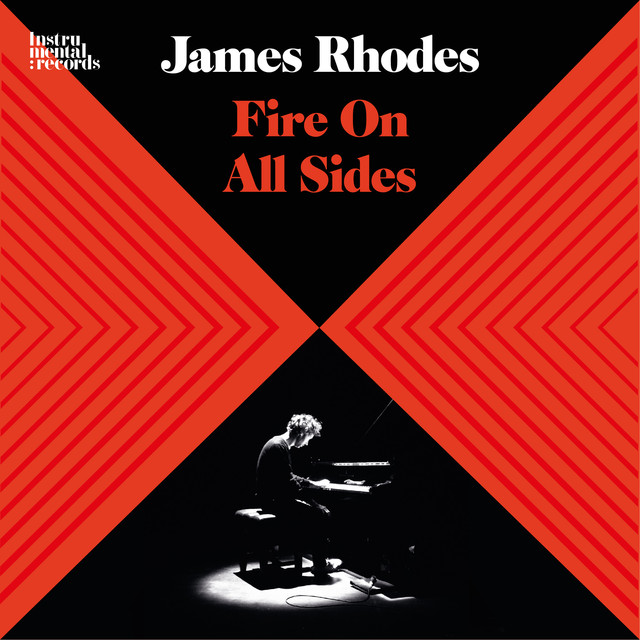 Fire On All Sides

James Rhodes has been through some seriously heavy shit, wading nostrils-deep when many of us would have simply sunk. He’s no stranger to life’s vicissitudes, as described in 2015’s Instrumental, and (as this book documents) further exacerbated by the legal case that memoir provoked. His new book, Fire On All Sides, looks at Rhodes’ five-month concert tour at the back end of 2016, using it as a lens through which he views the management of his insurgent, pyromaniac subconscious.

Its equivalent album, recorded at Snape Maltings in December of that year, contains the glorious essence of the tour’s content. You can enjoy one work without the other, but then again, you could theoretically piss yourself laughing either at Ronnie Barker, or Ronnie Corbett doing a solo piece, but The Two Ronnies? Go figure.

The content of the book stems from Rhodes’ daily journal entries. As you’d expect from a frank account of difficult hour-by-hour existence, Rhodes lays himself entirely bare pretty much all of the time. Nakedness is a curious thing. Anyone who’s seen people with kit off at the beach will know that sometimes you can’t help but surreptitiously stare, but sometimes you just want to leg it up to them and give them a poncho. Self-deprecating as he is about his own physical frame, when we see Rhodes’ mind, fully divested of all the cumbersome millennial mindsets that we have dressed ourselves with in our FOMO, Twitface half-lives, we see warts-and-all, fallible beauty.

The title of both companion works comes from the librettist of Mozart’s Don Giovanni. At the point when the titular Don (not entirely dissimilar to at least one later namesake) is being dragged down into Hell for various crimes against humanity, especially sexual misconduct, the stage direction reads, “Fire on all sides; earthquake.” “Fire on all sides” is a perfect description of what we are all capable of creating from either the slightest problematic spark, or from a crisis that we’ve entirely kindled ourselves.

He documents relationships, where even his “wiener” is blissful, as the source of crippling self-doubt. On a more altruistic level, the process of talking to the German media about traumatic abuse he suffered as a boy, which has enabled so many sufferers to speak up themselves, makes him feel momentarily like “a monkey in some kind of victim zoo.” Add dirty looks from waiters, unreturned texts, enforced social chit-chat and many, many more triggers, and the world is your matchbox.

The consistent description of a mindscape where things in the foreground and on the horizon are equally ablaze can induce palpitations in the reader at times, but seeing Rhodes talk himself down from every precarious ledge brings us similarly back through the window to breathe more deeply, sit down and maybe have a cup of (decaf) coffee. It is, in the end, epiphanic (in its own, helpful, pragmatic, down-to-earth, sweary and deeply human way) and therefore there is calm after the shitstorm.

As for the music, essentially a virtuosic mix of Chopin, Beethoven and Rachmaninov, there’s no better description of the pieces on the album than Rhodes gives in his book. That’s not a cop-out; he’s both an infectious devotee and an endearing wordsmith. If anyone can bring classical music to an audience that is less white, dusty and middle-class, then James Rhodes’ mastery of the keys, both of piano and computer (if he hasn’t lost his charger – again), ought to make him that man. 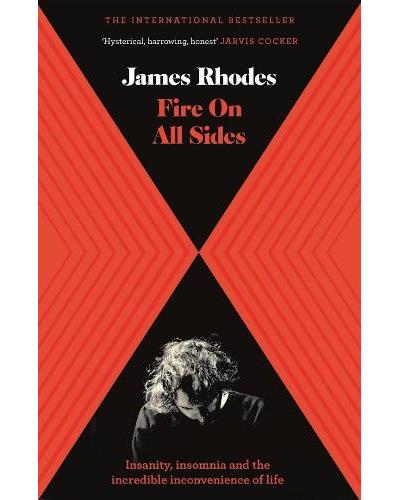