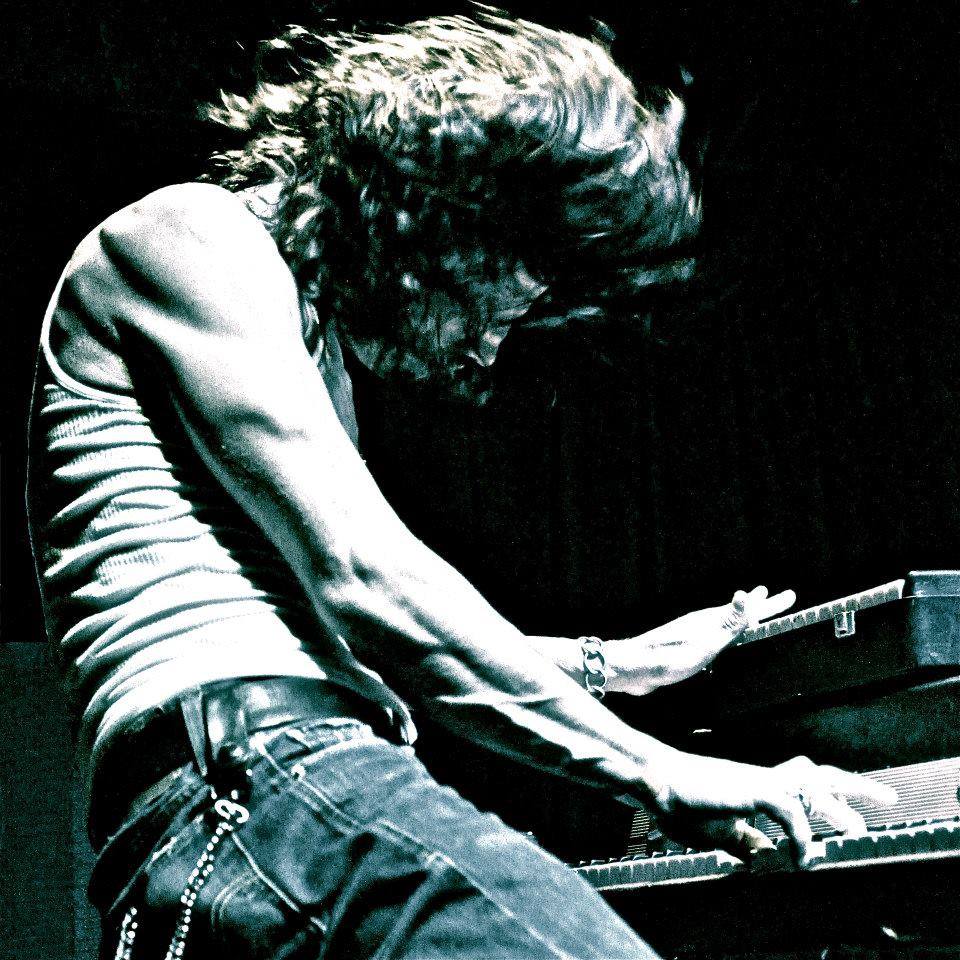 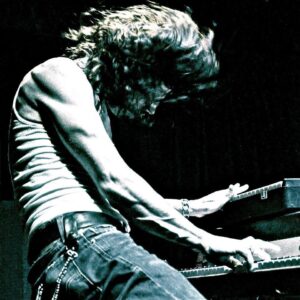 One of the beautiful things about music I find is that no matter how switched on and tuned in you think you are, something or someone comes along when you least expect it. On this shitty weathered Monday with nothing to do, I discovered that something. Thanks to Emily Breeze (Candy Darling), whose last minute promotion of this seriously under promoted gig, highlighting that, “This guy is the real deal!” Well, I must investigate I thought. What I found certainly was the real deal.

Keyboard player and howler John Wesley Myers, aka James Leg, (Black Diamond Heavies, The Immortal Lee County Killers, Cut In The Hill Gang) is one of those dirty assed diamonds that takes a style of music, this one being ‘Gospel Rock & Roll Blues’, and filters it through his ubiquitous distorted Fender Rhodes Piano armed only with a trusty drummer and a voice that could cut through steel like butter. James Leg’s new album, ‘Below The Belt’ is a record that hits where it matters: Straight to your heart, and down to your pelvis. It’s the kind of music that ain’t pretty but makes you feel good.

Walking up to venue through the driving rain, I catch a conversation between James Leg and the sound guy at the back door, “Hey man, do you have another mic, this one is full of everyone else’s spit!” James Leg is hardcore man, but the guy knows when to call it. He is in the sixth week of an eight week European tour, taking in virtually everywhere between France and Serbia From Southend, England to Belfast, Northern Ireland and back then back to Norwich. Serious touring for serious musicians and when James Leg and his drummer sit at their stools on stage, you can taste and smell the road. No big driven luxury bus for these guys, this is hands on, just the way he likes it.

As soon as he starts hitting the keys, bashing out the chords too, ‘Take A Ride’, the road just melts away and you can see he is in the zone. This is what he is here to do. Watching James Leg take this music and imbue it with a seemingly infinite passion and feeling is an utter joy in which the small but dedicated crowd here are all testament to. This son of preacher has definitely picked up the ability of moving an audience with his twist on the gospel word. The ‘Reverend’ as he is sometimes called, has become the savior of all those rock and roll souls who feel that musical redemption.

An obvious comparison for James Leg’s vocal qualities is the mighty Tom Waits, and when you think you can’t get any gravellier, he pores some more gravel on it. Matched with his sublime keyboard skills which are put to the test when half way through the set, James takes a two minute break to fix an issue with his Rhodes. Removing his bass keyboard, he opens up the innards and pokes around fixing whatever problem he had. It just makes him all the more real. His humble words between songs are contrary to his lyrical intensity in which he tells tales of, “Drinking Too Much” and “Drink(ing) It Away’ with such alluring style, I reach for my beer and raise a glass to the sentiment.

When you thought you’ve heard it all, James Leg pulls out one of the best and unexpected cover versions I have heard in eons. Taking The Cure’s ‘The Forest’ into honky tonk country is a stroke of genius. It’s as good as it sounds too. James plays like Ray Manzarek plays the bass keys with left whilst ripping on the Rhodes with his right. His drummer is tight with him on the beat and that’s all they need. A two man powerhouse not dissimilar to The Black Keys, but with an authenticity that is hard to fake.

As this music is new to me, I can’t tell you half of what he played but I can tell you this. James Leg is no doubt the real deal. A Blues driver who rides the roads of this world, connecting and converting us lost souls with a powerful fever that get right under the skin, giving the chills with every note he plays.

James Leg’s page at Alive Records is here.  Like his Facebook page and check his Reverb Nation page.