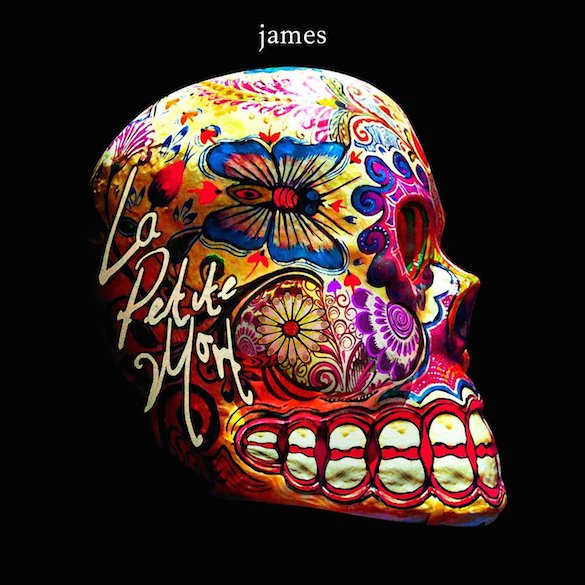 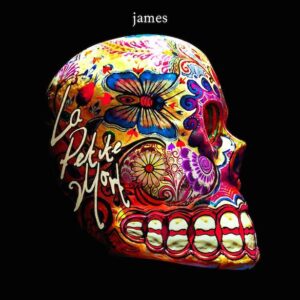 It’s been six weeks since the release of the latest James album, La Petite Mort – the first full-length release since 2008’s Hey Ma, and the first new music since the double salvo of The Night Before/The Morning After mini-albums in 2010. Now the excitement has died down somewhat, and in the wake of their recent appearances at Castlefield in Manchester, and T in the Park in Scotland, we give it another spin with fresh ears.

There’s been a lot of talk by the band about the themes present in the lyrics. It’s no secret that the death of singer Tim Booth’s mother and best friend have influenced his thoughts, and it’s certainly apparent throughout the album. But this is no downbeat misery-fest.

The opening track Walk Like You is an epic indictment of parents whose idea of parenting is to belittle and abuse their offspring. With a chorus that evokes Disney’s The Jungle Book, it’s powerful, with plenty of space for the listener to get lost in the changing musical patterns. Indeed, the song has already has a tendency to be expanded into a grand jam session when played live. It’s clear from the get-go the band mean business with the sound on this release. Mark Hunter’s keyboards are upfront in the mix, but don’t overpower as the song builds to a glorious crescendo. Next up is a complete change of pace as Curse Curse is a glorious rumination of someone becoming over-frustrated at hearing someone having sex in a neighbouring hotel room, and has the feel of a full-on rave number. It hawks back to the times of Come Home, and even listening to the studio recording, one can imagine Booth freaky-dancing in a world of his own. On first listen weeks ago, the track stood out as a misstep, having been played live previously as a driving rock song, but familiarity, rather than breeding contempt, this time gives these ears more appreciation of the arrangement.

Producer Max Dingel seems to have brought raw passion from the septet, bringing the keys and bass to the fore. Booth’s vocals still crystal clear however, and Moving On is another emotional effort, offset by its wonderfully upbeat chorus and beat. It’s powerful motive is stirring enough, but couple it with the animated video (by Ainslie Henderson) and it is guaranteed to bring tears to a glass eye.

Jim Glennie’s funky bass, accentuated by Hunter’s keys and Dave Baynton-Power’s thumping drums lift Gone Baby Gone from being the filler track it possibly is to a throwback to eighties techno-pop genius. Those who admire Booth’s often-poetic lyrics will be rather miffed at the refrain of “Love love love love love blah blah blah blah blah”. Definitely one to mark as ‘could do better’.

Frozen Britain was the first track officially heard from the album, and already has that familiarity of an old friend, while Interrogation seems to be struggling to find its place, particularly when re-listening to the album as a whole. A great track, but just seems misplaced.

Another beautiful and poignant song, Bitter Virtue – about the hypocrisy of women chastised by certain religions for expressing their sexuality – features the most magnificent harmonies that belie the theme. I guess it’s only a band like James that would dare try to get away which such a dichotomy.

All in My Mind has a dream-like groove, but is short-and-sweet, as is Quicken the Dead, which goes from an opening riff reminiscent of House of the Rising Sun to adopting a swing rhythm.

As mentioned, dour lyrical themes aside, it’s a fantastically uplifting album; poignant and moving but thought-provoking at the same time. It’s the final track, All I’m Saying, which leaves the listener struggling the most with their emotions. It’s a song about losing a loved-one without having the chance to say goodbye, and is a sentiment everyone can relate to. However, even the pain conveyed by this track is set to such stirring music that no matter how hard it may put you through the wringer of emotions it stirs; one can’t resist the brilliance of the music.

When first listening to La Petite Mort a few weeks back, it stood out as an outstanding recording; production crisp enough to savour all the talented musicians in the band. It had the potential to be on many ‘albums of the year’ lists, as well as ranking as one of the best James albums of their career. A month or so on, it already feels like a classic album. Improving with each listen, with so many hidden depths that it’s possible to find something new each time. If you haven’t given it a go yet, don’t leave it too long. By the time the band tour again in November and you’re not there, you will regret it.