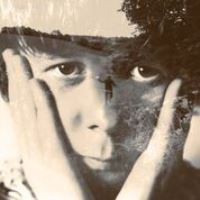 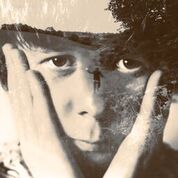 Come Out To Play

The young Bolton singer songwriter returns with arguably his best song yet accompanied by a pleasingly gothic soaked video to complement. Wayne Carey is on board.

I was alerted to this the other day by a music friend and was stunned by how good it is. I last saw him live on MMTV and thought, “this guy sounds good.” It’s a fantastic leap forward from the stuff he’s released in the past and the fact he plays every himself (except drums) makes it more worthy of a listen. The first thought in my head when I listened was Guillemots, however there’s lots more going in here and he follows in the footsteps of great songwriting, including the likes of Jonny Bramwell, Steve Fretwell and Liam Frost. Definitely worth watching out for.

The track bridges the gap between his previous two singles, combining the pad soundscape of Whispers with the angular unpredictability of  Alone Again but with a far more upbeat musical and lyrical theme.

Come Out To Play draws inspiration from the classic songwriters of the 60/70s and also nods to Aztec Camera, Crowded House and The Smiths. (One review commented that it sounded like Johnny Marr had joined The Beatles and The Beach Boys in the studio for a day).

James said, “Lyrically, the song is a journey through the life of a shy, introverted person, and their struggle to socialise though at its core it’s an uplifting story about overcoming anxieties. There’s never an explicit reason why, but there are hints that they’re hoping for something more. (“But I just keep holding on, for a day to reminisce on…'”. Each verse is a different stage of his life, represented with references to different seasons, but it’s in the last verse where our character sees himself in his son and tells him not to make the same mistakes he has made.”

BBC Introducing Manchester have been huge supporters of James. Co presenter/producer, and Michelle Hussey commented, “It’s beautiful with definite echoes of Cherry Ghost.” Another radio DJ, Jim Salveson from XS Manchester said, “It sounds very Beatlesesque and here’s a massive compliment vocally it sounds very John Lennon.” James provides lead vocals, backing vocals and plays all instruments apart from drums on Come Out To Play and has once again brought in the production wizardry of Jim Spencer (Johnny Marr, The Charlatans). The release coincides with James’ headline show at Night People, Manchester on the 1st  March.