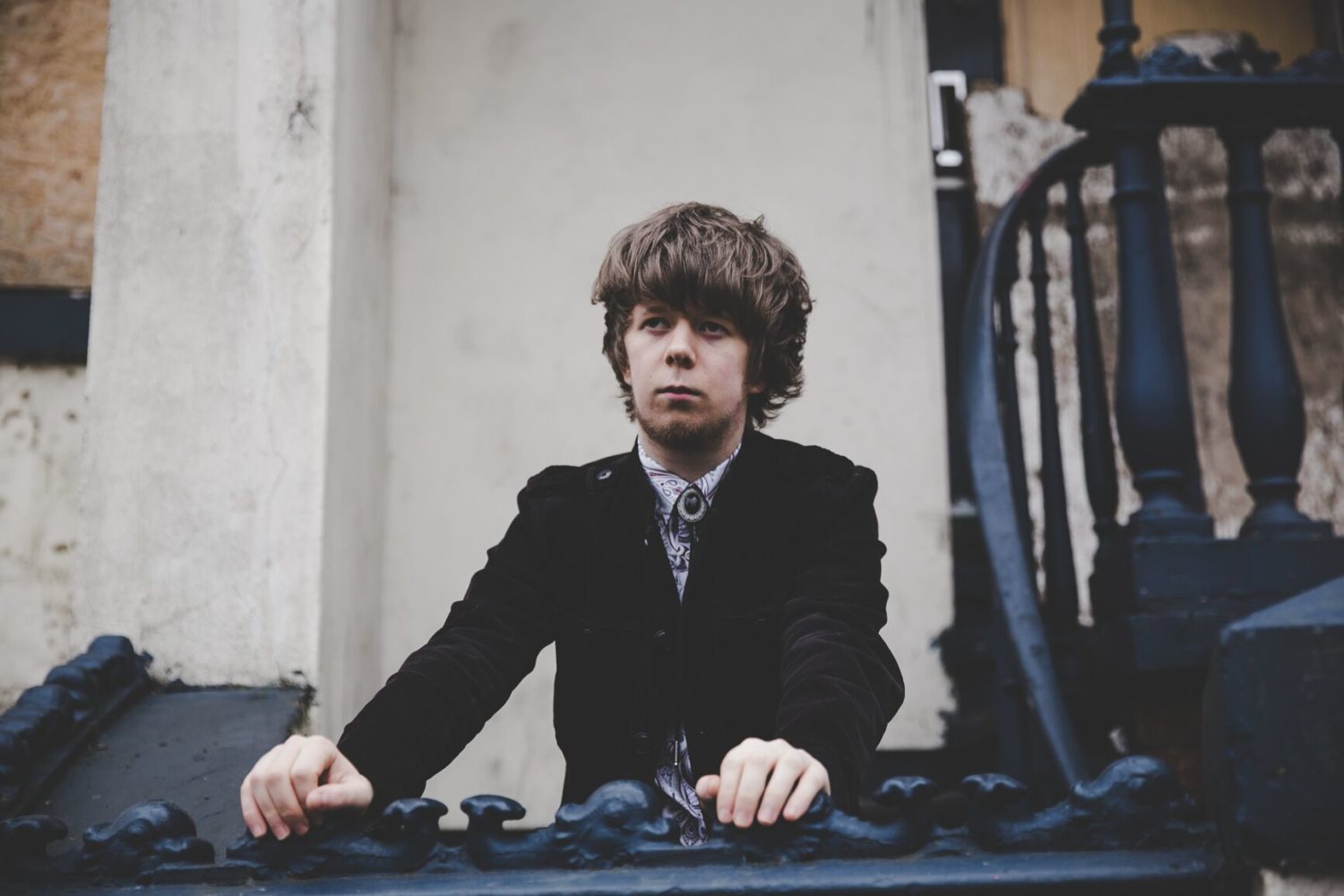 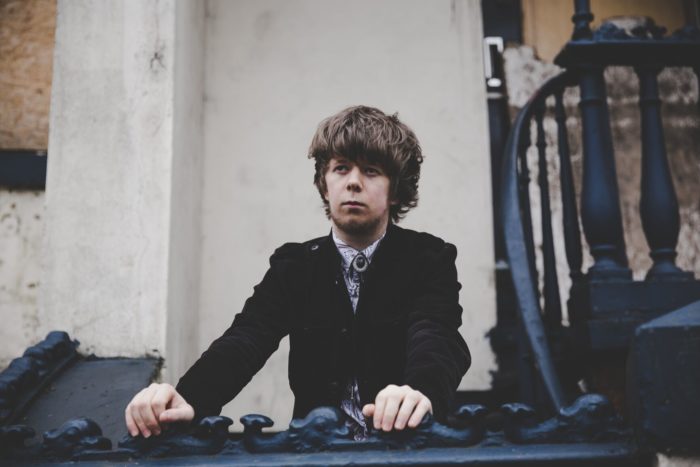 An artist testing the reviewer is typically a good thing. And Manchester-based singer-songwriter James Holt does just that: his sound so diverse and dynamic it defies typical description, capable of articulating acoustic skill between genres and moods. Now he’s releasing another single – ‘Whispers’. Louder Than War’s Emily Oldfield takes a listen…

24-year-old James – who was diagnosed with a bilateral moderate-to-severe hearing loss at the age of four – has overcome his disability to release the captivating and ethereal ballad which is released on 1st June. Speaking candidly about the record’s lyrical themes, he explained:

“The song is about unanswered love. It’s the story of someone who is struggling with expressing feeling and affection and later suggests a sense of doubt and unworthiness; the character is in love with someone he feels he doesn’t deserve. There’s a lot that’s left up to interpretation, and I think the sparseness and subtlety of the lyric epitomises the atmosphere of Whispers, saying so little but meaning so much more.”

‘Whispers’ is an emotive, resonant piece of music with a real reflective quality woven in. It’s certainly a contrast from Holt’s earlier material such as ‘What ever happened to John’ with its rock’n’roll rhythms and rousing drive. But the difference is distinct rather than a negative: as what we hear here is sound crafted to be considered over and savoured.

It starts with an atmospheric, shimmering sonic power – added to by the shake of a cymbal, the edge of a vocal echo and trills of keys. This indicates time and effort taken to create and animate a soundscape, which achieves the effect of luring the listener in.

The sound seems somewhat reminiscent of Brian Eno, who has long championed James -and actually invited James to meet him at his John Peel Lecture for BBC Radio.

“I took inspiration from Eno’s ambience work and his compositional process – the idea of hearing music as part of the ambience of an environment,” James added.

As the track progresses, gently-played acoustic guitar angles in with keys on an upbeat. Although the lyrics are weighted with a sense of unrequited passion and possible pain – ‘muted words and hinted love’, the instrumentation enables other emotions of hope and lightness. It’s a deliciously dynamic track, capturing both the highs and lows of feeling: thoughts of optimism in love along with the hurt.

It’s accompanied by a dramatic music video, which although celebrates and showcases the instrumentation, also builds in a narrative…. a ballet dancer (Abi Healey) beautifully adorned in wedding-type dress, moving emotively to the music.

What also stands out significantly are Holt’s heightened, moving vocals – expressing soaring, ethereal ability. I did not expect to be so affected. High and harmonic, Holt turns over words of emotion ‘tears on my face, tell you all you need to know’ – with a slight increased 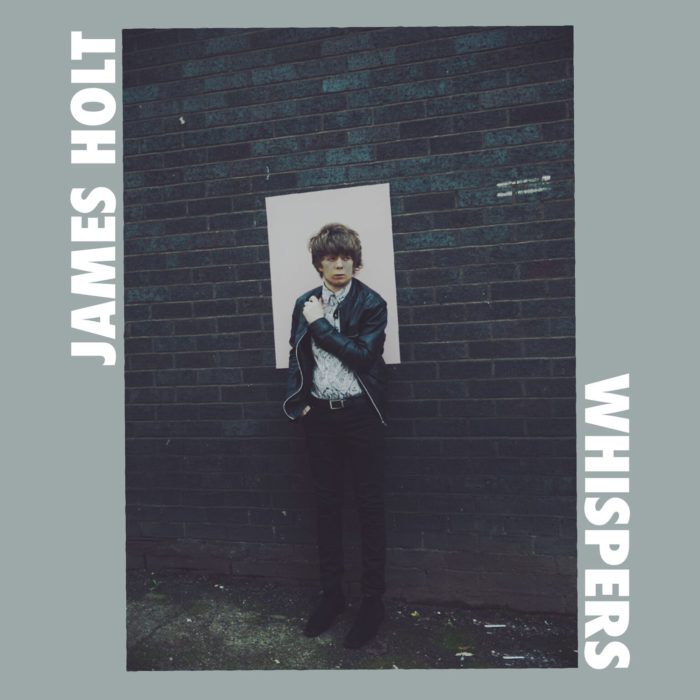 pacing to this line which makes it particularly profound.

For this is a track telling in its theme of articulating emotion, speaking of signs and turbulent feelings. Skilful shifts in pace and tone throughout emphasize how effectively this is done, such as the possible question of wasted words with the wistful line ‘Those whispered vows, where did they go?’, sliding down in mood and sound.

‘Whispers’ is produced by New Order, Charlatans and Johnny Marr producer Jim Spencer, who said: “James’ songs resonated with me straight away. There are influences of Lennon, Bowie and Dylan but he brings his own unique flavour to the table. Whispers is one of the most evocative tunes I’ve heard for ages.”

I have already mentioned turbulence, but again I feel the need to underline the running-water resonance of this track; like a fluid body building, rising and falling. So close to feeling it has thoughtful, emotive imp 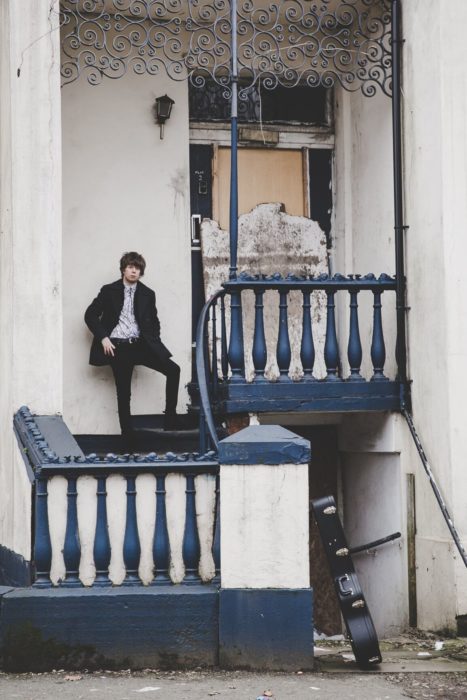 act. It even plunges into deep consideration over ‘now I doubt I said it at all’ – expressing a time of trepidation, of feeling torn in action and expression.

For expressing the intensity of emotional journeys and states is something James Holt does extremely well, and is the track fades out with vocal fineness and bell-tolling texture to the sound behind ‘were those whispers just for me?’: this is a work of music telling about heartache and yet also hope in love. How we hold onto words and what they are worth. Just like I am sure listeners will hold onto this powerful track for a long long time.

Photography – with thanks to Debbie Ellis
Words by Emily Oldfield