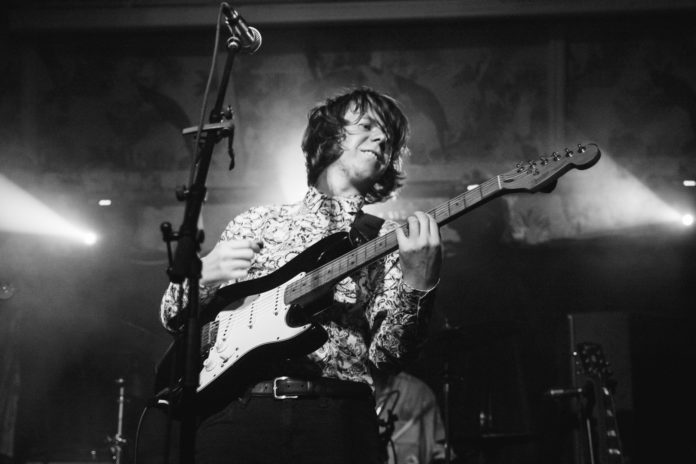 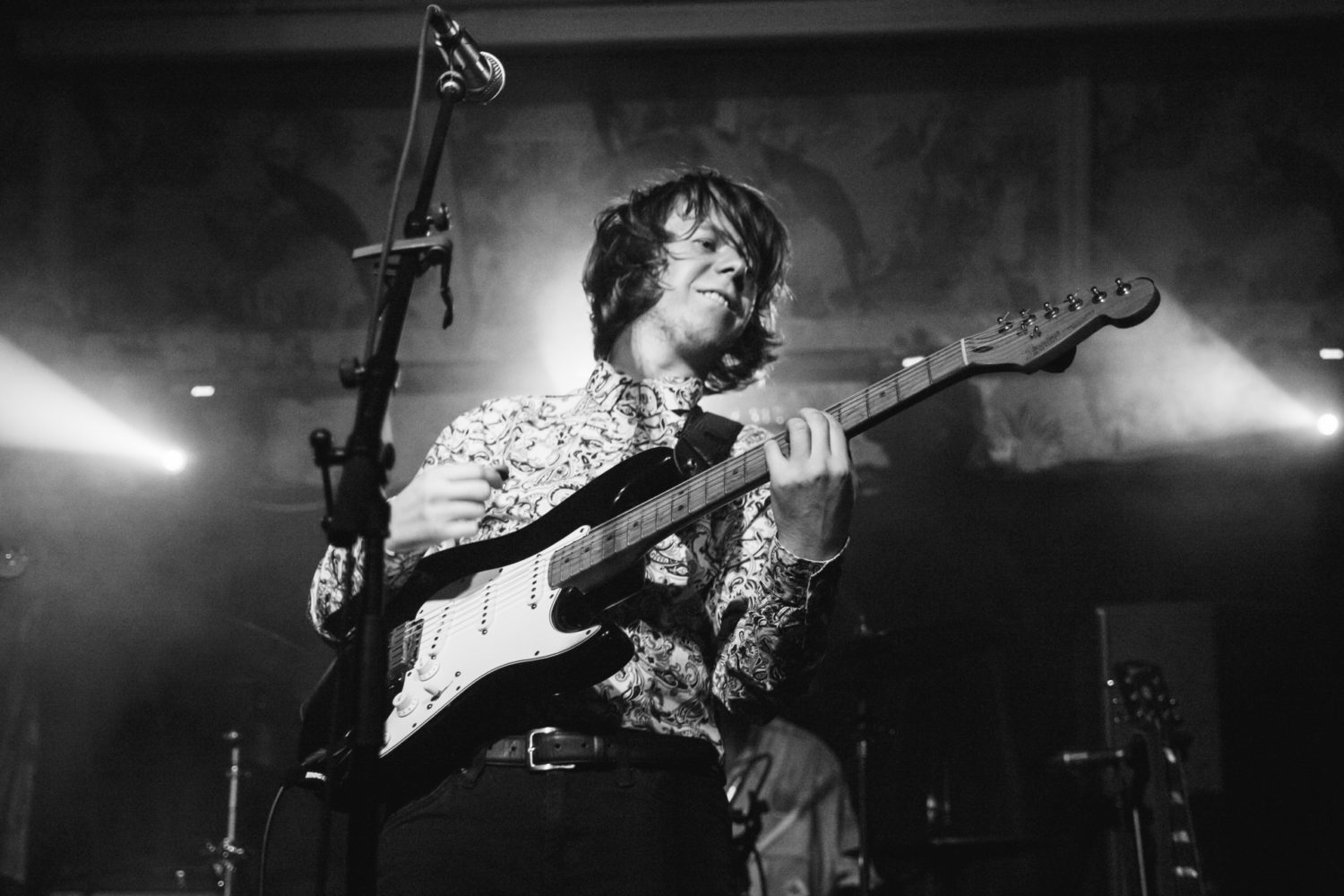 Hard graft and loads of gigs does pay off in the end. It just doesn’t happen over night. James Holt has proved that tonight by selling out The Deaf Institute and bringing some great people together for a celebration of his excellent songwriting prowess. I trekked across town for this one after a Q&A on Oldham Street with loud bastards John (review by Nigel Carr here ) and disappointingly miss Felix Hill, who on good authority did a great little set. 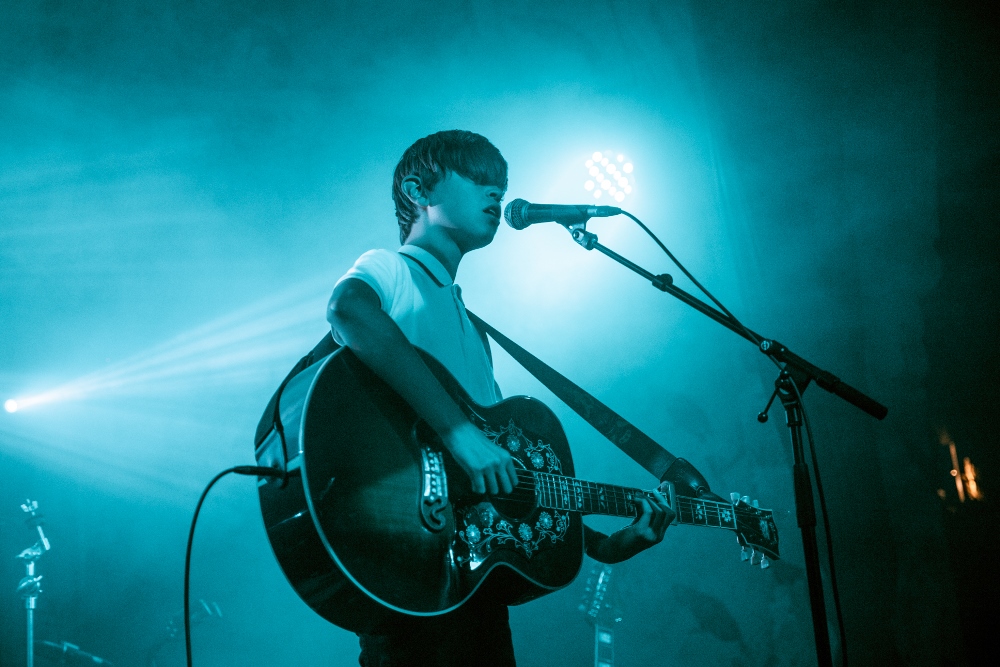 I’ve seen the next guy play before in Northwich when he was thirteen years old supporting Slow Readers club and he is a wonder to watch. Still only 15 he’s a marvel on that guitar. He’s only a teenager yet he comes across as a wizened Blues veteran. A deep voice with loads of melancholy in there. He’s travelling the same path as a young Jake Bugg yet he’s got his own sound which will keep him apart from that scene. A stunning set that’s full of quality and his awesome Led Zeppelin cover just has the crowd gobsmacked by how good he sounds, top vocals, amazing guitar. Fuck me, give him a few years and he’ll stunning crowds all over the show. 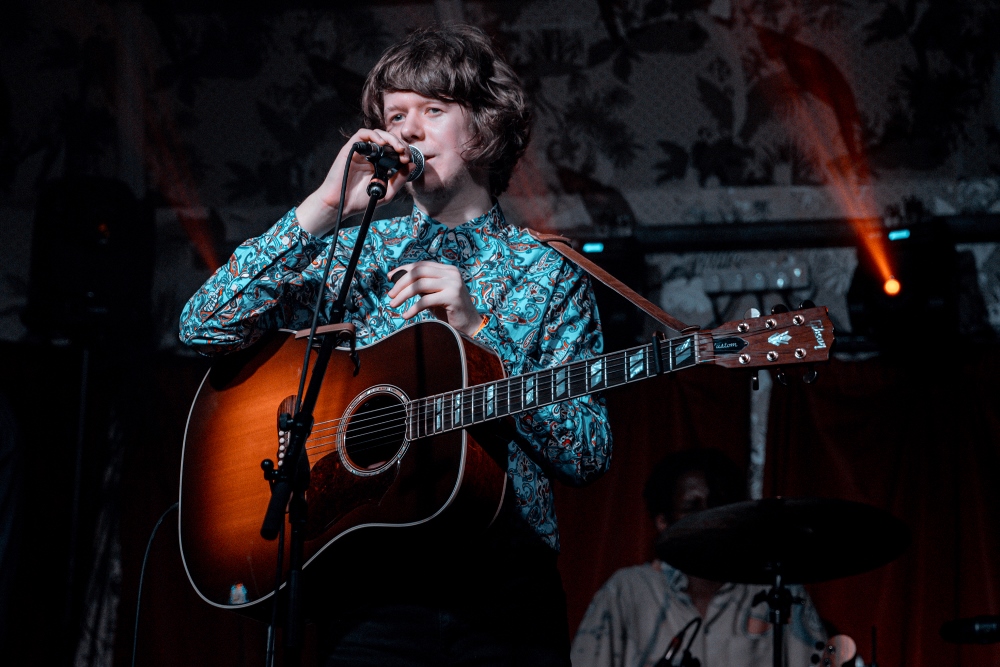 The Bolton bard just grows and grows with every performance. This is the first time I’ve seen him with a full band and it’s great to stuff to watch from start to finish. His band definitely deserve a mention (Aden, Kez, Dan, Camilla and Elliot) as they make Jame’s songs sound even more grandiose than usual.

He opens with excellent new single Little Green Light which has the potential to be massive. His vocals are amazing and the confidence is starting to show in his performance. I once thought he was shy, however it’s not showing here tonight. There’s the banter between songs, the cheeky little quips and of course the excellent tunes like Come Out To Play, Pendulum, Mystery Girl and an amazing Alone Again.

The applause he gets between songs is amazing and he has the crowd in rapture with his clever hooks and catchy choruses. He’s definitely up there with the Johnny Bramwell and Stephen Fretwell songwriting club. The set ends with a cracking version of his early song Whatever Happened To John? and we leave the venue knowing we’ve witnessed a true talent who can go all the way. One for Tom Mouse Smith to look up to as they both rise up the ranks. Indie folk blues at it’s best.

Photo credits: Debbie Ellis. Use of these images in any form without permission is illegal.