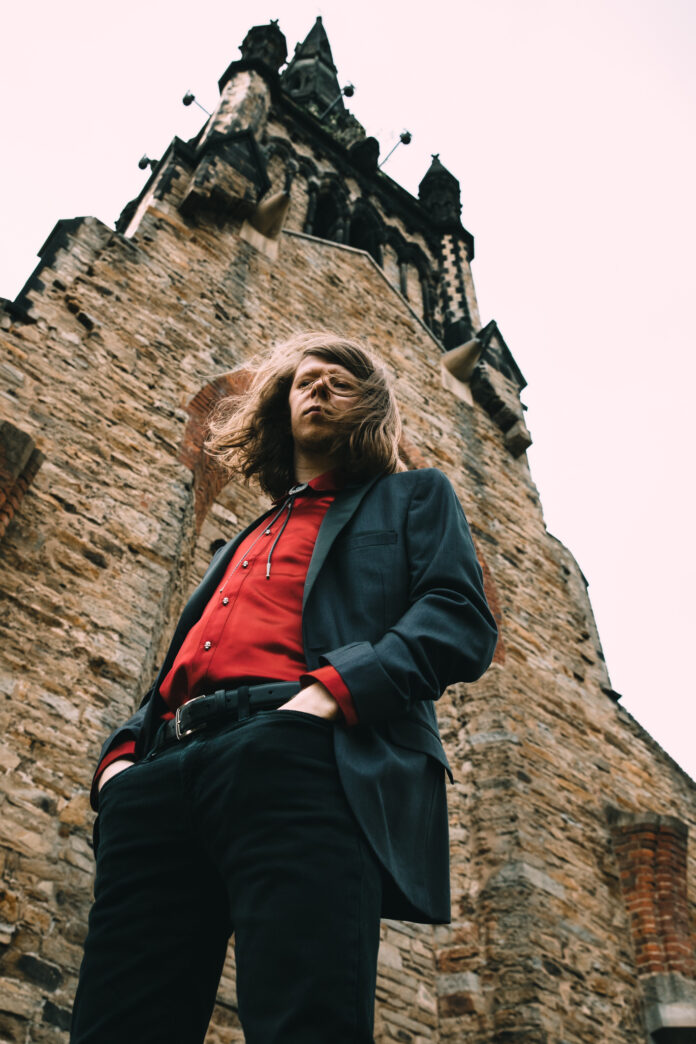 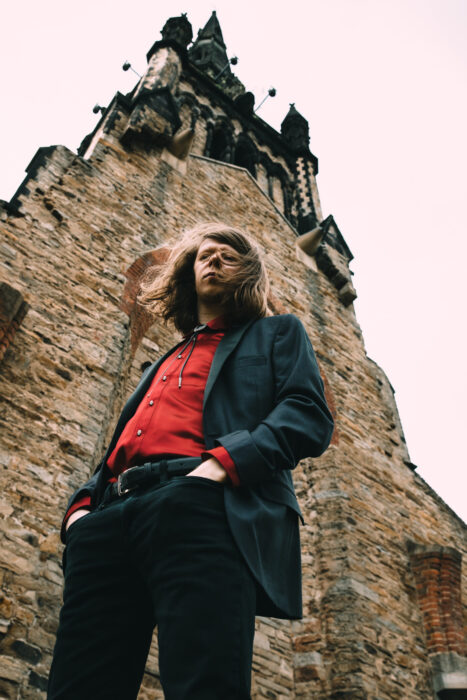 James Holt returns as powerful as ever with the brilliant Wedding Song, another incredible set of unique vocals that set him apart from the pack and again produced alongside The Coral’s James Skelly,  who worked on the last singles Make My Day and Pendulum. As singer songwriters go James is well ahead of the pack and kicking at the door of fame with each release. Read on…

Holt’s latest offering, explores deeply visceral emotions masterfully. Expressing the ordeal of one’s lover marrying someone else, the song journeys into the gut-wrenching yet redemptive conclusions these feelings can bring.

A haunting flurry of reversed church bells provide the songs opening with a ‘Revolver-esque’ retro jolt. Infectious staccato percussion ensues promptly after alongside swaying acoustic chords, delivering a propelling and energetic verse fit for a vigorous round of foot-tapping if not wild abandon. A prodigious, multi-instrumentalist talent, Holt composes and plays everything on The Wedding himself aside from the drums.

The instrumental tone of the song is rooted determinedly in the upbeat, the cascading acoustic strokes and warm electric bursts found in the guitar work possess a distinctly sense of melancholy, reminiscent of The La’s, Johnny Marr and The Last Shadow Puppets.

When asked about the song’s lyrical contents, Holt explains that “The Wedding is about seeing the person you love marry someone else, with all those emotions of envy and regret that such a situation can bring. However, when you see how beautiful they look and how happy they are, ultimately you are happy for them and without resentment”.

Before taking words into account, Holt hypnotises the listener merely through the pensive looping calls of ‘oh my, oh my’ in each verse and chorus’ ending. It is Holt’s ability to simultaneously explore the bitterness held from rejection and the purity of the feelings behind it that provide the song’s mesmerizing power, with a final sense of closure left ambiguous to complete what is nothing short of an emotional rollercoaster.

He is held in high regard for this by multiple acclaimed peers including legendary ex-Roxy musician Brian Eno, describing him as “fresh and exciting”. Based in the rural hinterlands that skirt Manchester, Holt has developed a fiercely loyal following in his come city, playing sold out venues such as The Deaf Institute alongside festival appearances across the land including Kendall Calling, Sound City and Head For the Hills. He will return to Kendal Calling in summer 2022.

Connect with James Holt online at: