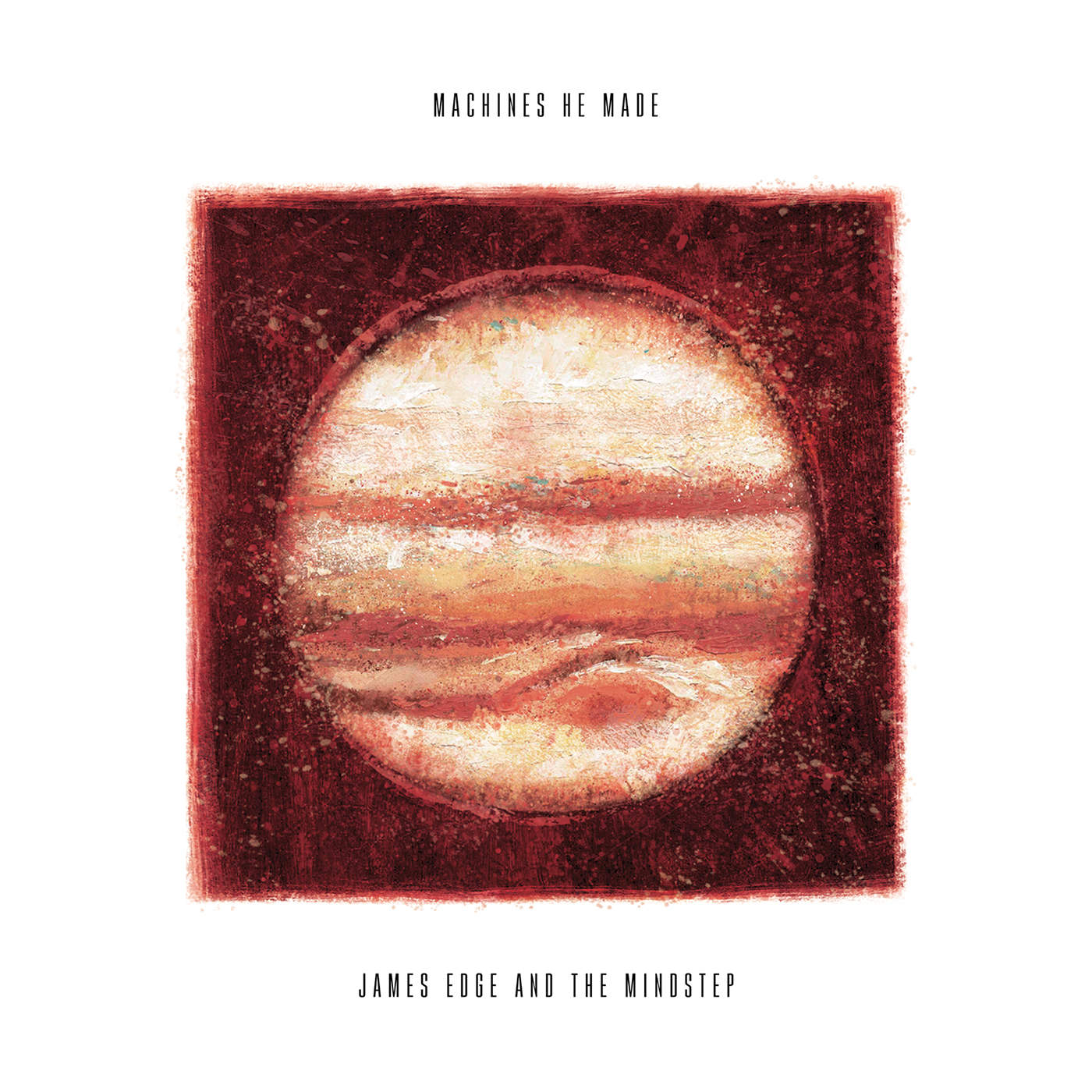 James Edge And  The Mindstep: Machines He Made

The second album from James Edge And The Mindstep builds on their reputation as a three piece with a folk slant yet  a trio who are genuinely engaged  in taking their sound into another dimension.

It’s James Edge at the core though. Alongside Andy Waterworth on double bass and drummer Avvon Chambers, sit the Edge vocal, guitar and string arrangements fashioned for the atmospheric and subtle use of a string quartet. He’s also taken on the  production and mixing roles as well as writing virtually the whole album – aA man in control of his vision and destiny with a mission which states “I want to change the way people think about acoustic music and start redefining what it can be”

Anyone who picked up the ‘On a Red Horse’ EP released by Folkstock Records in February will have had a sneak preview with the EP’s title track plus  ‘Jacob’ and ‘A Room’ which also appeared on the EP. The familiar kicks off the album as short reflections sit side by side with the more expansive and experimental, illustrated immediately, the opening ‘Jacob’ almost an aperitif for the newer, bold and darker ‘Ammonites’ – singing of  “air strikes come down to wash you clean for your  sorrow” it’s a threatening piece; stark yet with gusts of strings which drift in and out. A sign of the ambition which sees the description of a modern day Zappa justified.

Experimental and ambitious arrangements which would sit comfortably  in the  annals of progressive icons King Crimson start to appear even in the single ‘Four Two Four’ where cascades of notes are punctuated with stabs of strings and  an agitated vocal which suggests it may tip over the edge at any point. Yet a calming and tranquil  mood is always on the horizon with the occasional diversion into some jazzy and left field sidesteps.

Perhaps it’s the aptly title ‘Strange And Charm’ which sums up the album; James Edge And The Mindstep in a nutshell albeit one of larger proportions. Almost seven minutes of precariously arranged and intense musical explorations which capture a sense of spontaneity and creation. Yes there are moments of comfort yet more than enough to challenge conventional views of what a three piece acoustic trio can achieve.

The James Edge And The Mindstep website is at : https://www.jamesedgeandthemindstep.com/

You can also find them on YouTube  and on Soundcloud