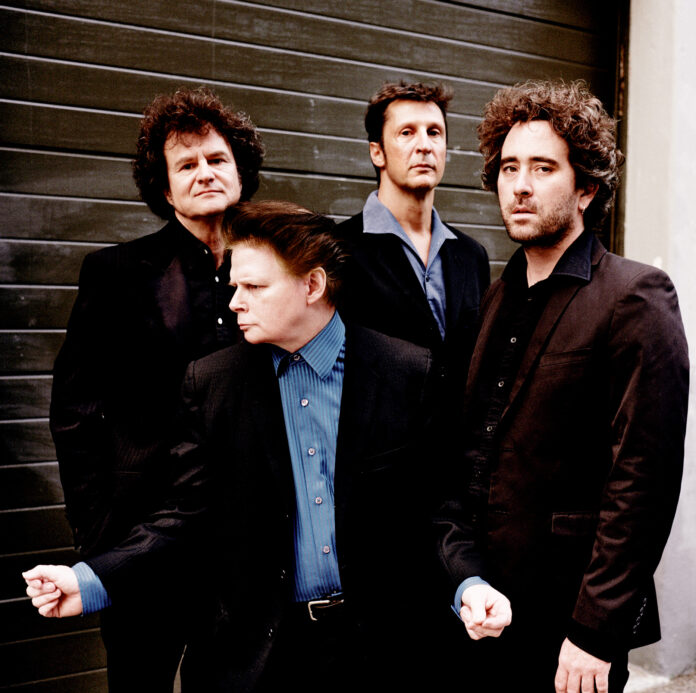 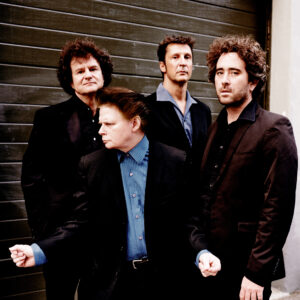 It might have been New York’s Lower East Side arriving in a downpour for James Chance & Les Contortions. It certainly had that feel to it with three hours stuck in gridlock coming from Edinburgh, but it wasn’t The ABC streets of the Apple, it was Renfield St in Glasgow, and one of two British shows by the contortionist himself.

The sprightly outcast took to the stage with his French troupe of musical contortionists – to all intents and purposes, meaning business and armed with set list, notes, and what appeared to be half a glass of milk. Strapping on his Soprano sax, he was offski, spinning like a white James Brown, perhaps not as gymnastic, but certainly feeling that shit. They hurried through ‘Off Black’ and ‘Designed to Kill’ before a hugely resonant rendition of Gill Scott Heron’s ‘Home Is Where The Hurt Is’. I’m leaning back into the audience behind me trying to see his emotional disposition better as I’m too close. I can almost smell the milk on his breath as he introduces the classic ‘Old Black Magic’ and ‘Jaded’.

‘The Fix is In’ is juxtaposed to the previous numbers sounding victorious and jubilant, and conjuring up the mood and imagery of sitting in the dealers house in Spanish Harlem waiting to Kop while strung-out like a High C string. He’s getting down and funky like a long-necked Junky, one hundred per-cent authentic; an originator and not a copyist. Take it or leave it, there’s nothing formulaic about this man. He’s real, he ‘kin means it, and he’s an endangered species. I’d swap a thousand Ed Sheehan’s for one James Chance every single time. Braving the traffic, the Weegie rain, the three hour journey was all worth it.

‘The Splurge’, ‘It Depends On the Amount’, ‘Pull The Plug’ and ‘Super Bad’ all Showcase an immense rhythm section with forays into the audience by James to bust some moves on everyone. Pierre, his lone guitarist inventively inserts a screw-driver between the strings, effectively creating a Bar chord while banging his fist on the body of his Telecaster and bottlenecking the strings at the same time like some Gallic Stevie Ray Vaughn. That’s as Avant Garde as it gets for me, I’m more than moderately aroused, and think I detect the beginnings of an erection…

King Heroin starts with James noodling on the Hammond and builds up into the epic composition that it is – all about the power and danger of heroin, making the poignant point that it can’t make a killer out of you, or a garden variet fool – thats innate. I’m not convinced. In mid-flow, Chance commands his band to: ‘Contort yourself!’ The band are muscled and it’s self-evident as they change direction like Henrik Larsson twisting on a tanner for Glasgow Celtic, before firing one into the back of the net. Bass player, drummer and guitarist are as locked into each other as neuro-transmitter substance and receptor site; the phrasing is punctuated like a piece of Irvine Welsh narrative.

After a brief interlude, they return and treat everyone to crowd pleaser: ‘I Can’t Stand Myself’. The show is littered with references to Class A drug use, and it gave me a bit of nostalgic, euphoric recall, but ultimately left me thinking: Look back but don’t Stare !

Remaining dates on the tour:

You can find James Chance online here: jameschanceofficial.blogspot.co.uk and on Facebook.

All words by Harry Mulligan whose Louder Than War author archive is here.